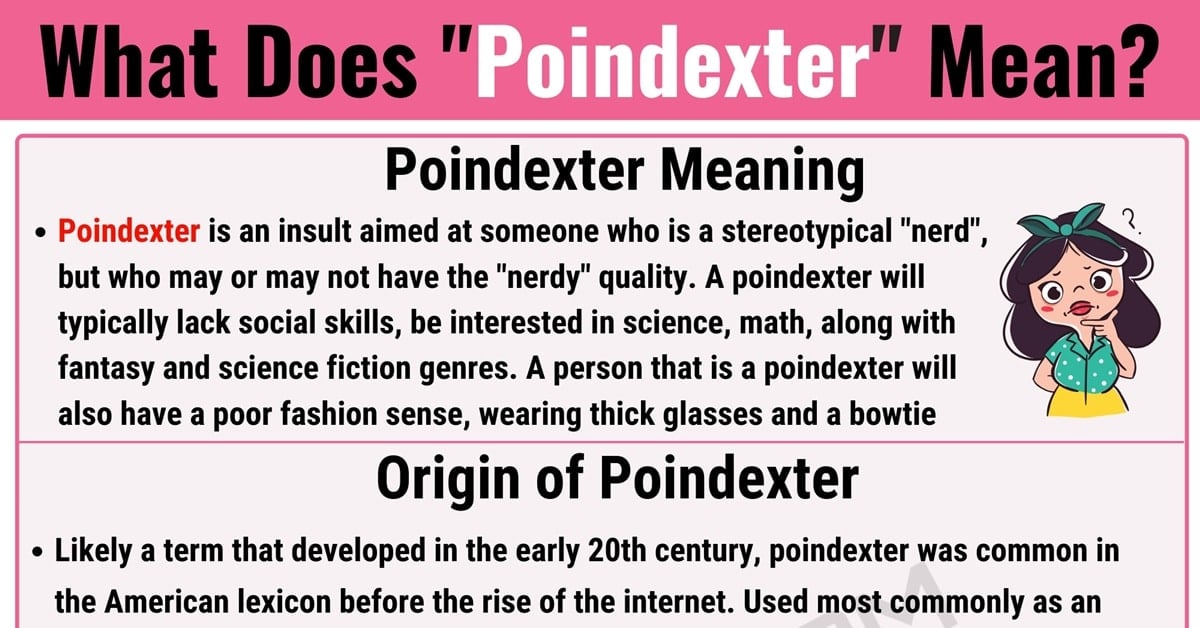 What does Poindexter mean? Learn the definition, how and when to use the internet slang word with useful conversation examples and ESL printable infographic.

What Does Poindexter Mean?

Poindexter is an insult aimed at someone who is a stereotypical “nerd”, but who may or may not have the “nerdy” quality. This is an outdated slang term that still sees some usage. A poindexter will typically lack social skills, be interested in science, math, along with fantasy and science fiction genres. A person that is a poindexter will also have a poor fashion sense, wearing thick glasses and a bowtie.

Likely a term that developed in the early 20th century, poindexter was common in the American lexicon before the rise of the internet. Used most commonly as an insult against someone who was socially awkward.

Typically, poindexter can also be spelled with an added T, changing it to pointdexter. The meaning is still the same regardless of spelling. 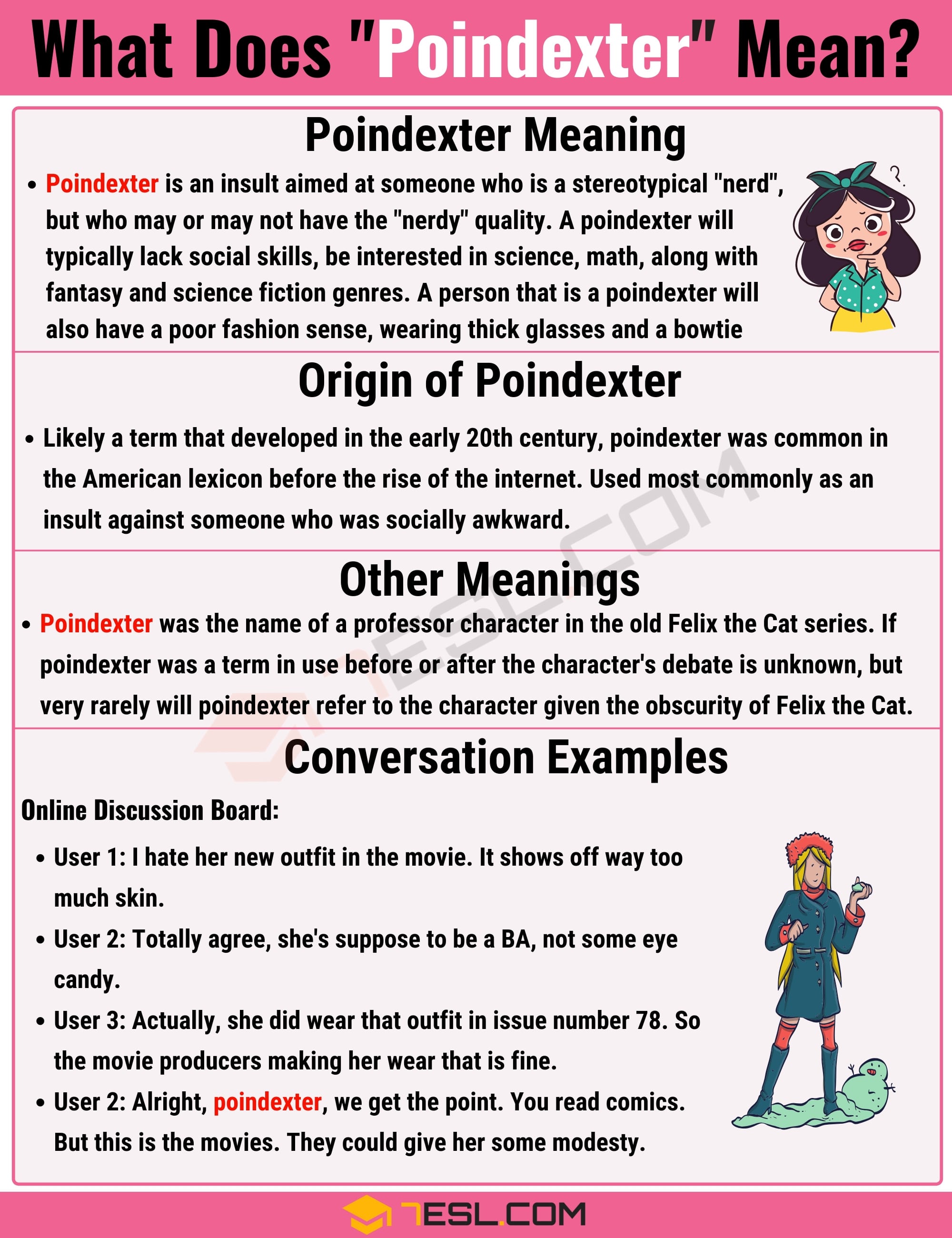 Poindexter origin is a character in the movie Revenge of the Nerds in 1984.