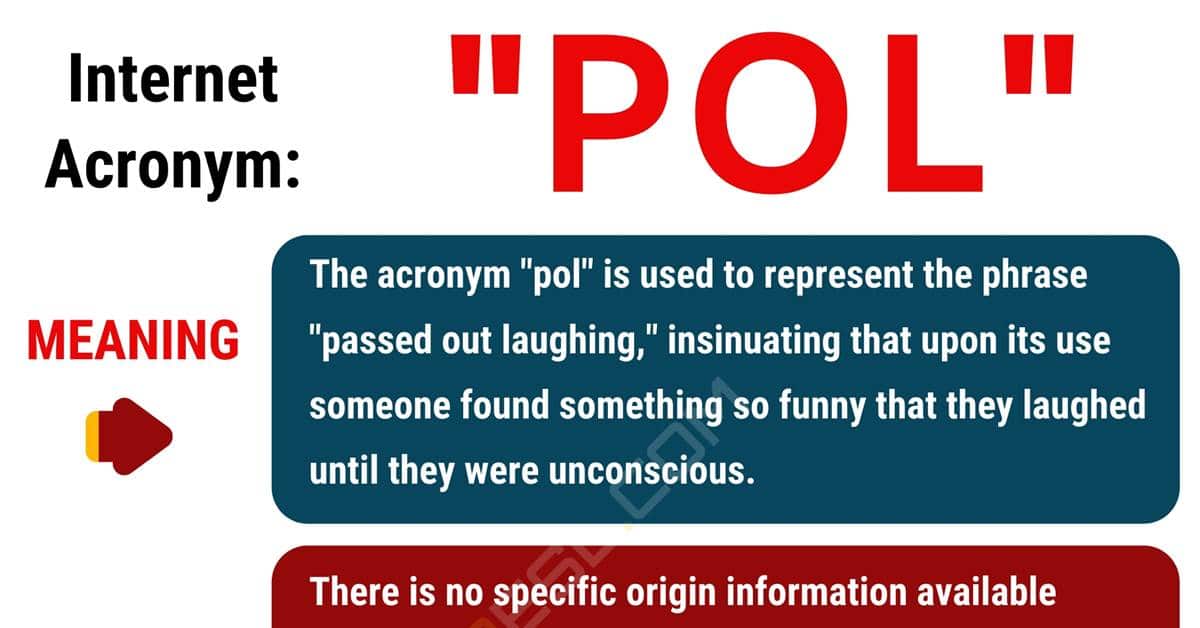 The acronym “pol” is a simple one that everyone has probably used now and again in text messages or online when responding to a friend, family member or co-worker. If someone has used it in response to something you said and you are here because you don’t know what it means, then congratulations! You have reached the correct spot to find what you are looking for. Here you will find the meaning of this term, some information about its origin, optional meanings if there are any to be found, and some example conversations so you can see how the acronym is correctly used in context. Finally, you will see some alternative words or phrases that you can use in place of this acronym that are synonymous with the original phrase.

What Does POL Mean?

The acronym “pol” is used to represent the phrase “passed out laughing,” insinuating that upon its use someone found something so funny that they laughed until they were unconscious.

There is no specific origin information available regarding the meaning of “pol” in this form. However, it is known that it has been used in this respect since at least 2010 and most likely was used before that. It derives from the standard laughing reply of “lol” taking it a couple of steps forward to express something is so funny that it warrants more than just a simple “lol.”

In addition to the meaning stated above, “pol” also has some other meanings on the internet. As a term, the word is said to be short for the word “pollock” and “politics or politicians.” When surrounded by backslashes, /pol/, the term is known as the title of a group on the site 4chan called “Politically Incorrect” where users discuss world news, current events, and politics. “Pol” can also mean the Russian word for sex, as in gender, not intercourse. There are many other meanings mentioned also, but the ones defined here are the most prevalent.

A text discussion between mother and daughter. 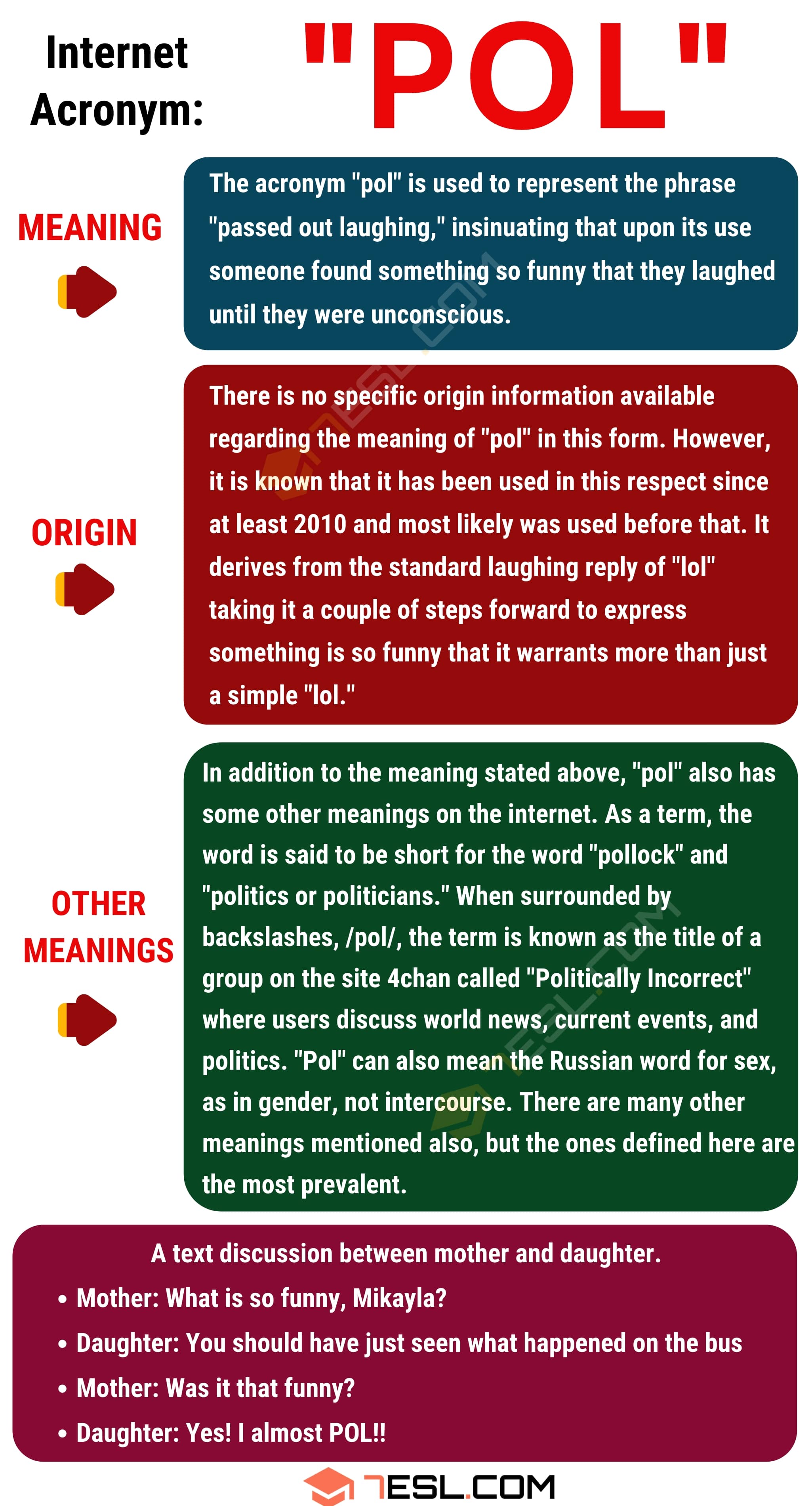