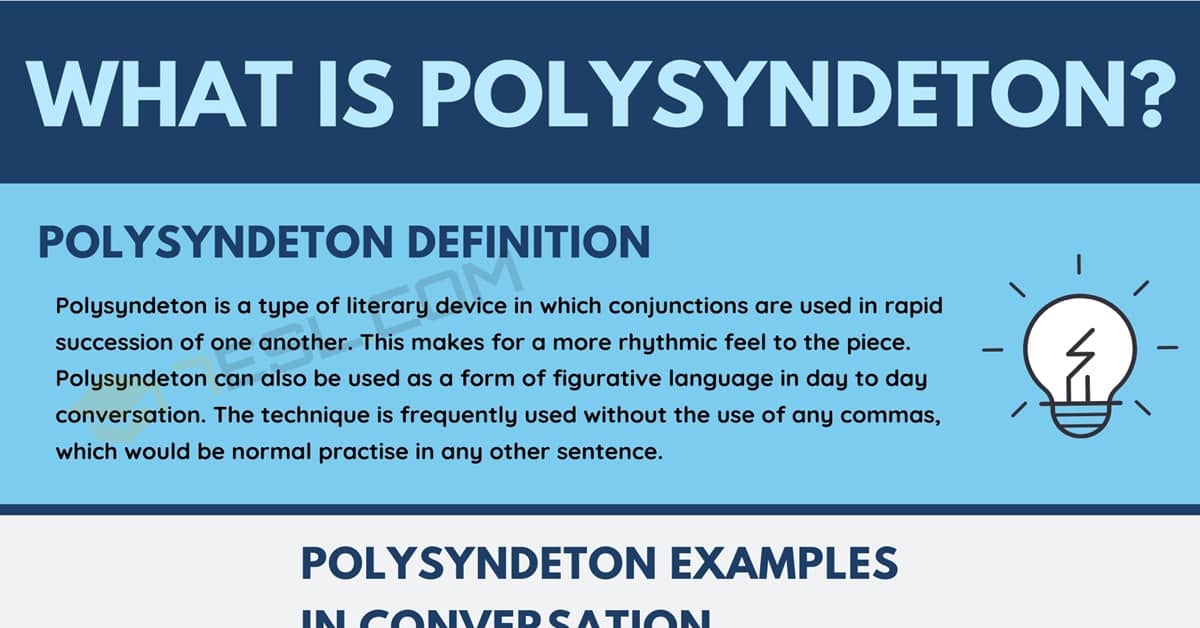 You may be familiar with the term polysyndeton but you may not be certain what it means. In this article, we are going to take a look at the meaning of polysyndeton. We are also going to be looking at some examples of this in both a spoken context as well as when it is used as a literary device.

Polysyndeton is a type of literary device in which conjunctions are used in rapid succession of one another. This makes for a more rhythmic feel to the piece. Polysyndeton can also be used as a form of figurative language in day to day conversation. The technique is frequently used without the use of any commas, which would be normal practise in any other sentence.

Polysyndeton might be used in many conversation in spoken English. We are now going to take a look at some examples of these to better understand how the technique can be used.

Polysyndeton is used frequently within written works in order to create a better flow in the reading of the literature. Let’s now take a look at some example of times in which writers have used polysyndeton in their work.

Through looking at how polysyndeton is used in both a conversational context and within written work, we can better see how it functions. We have learnt that polysyndeton can be used during day to day speech as a form of figure of speech as well as being used as a literary device.

By using polysyndeton, the speaker or writer can add a rhythm to the speech or text giving it more emphasis and flair. 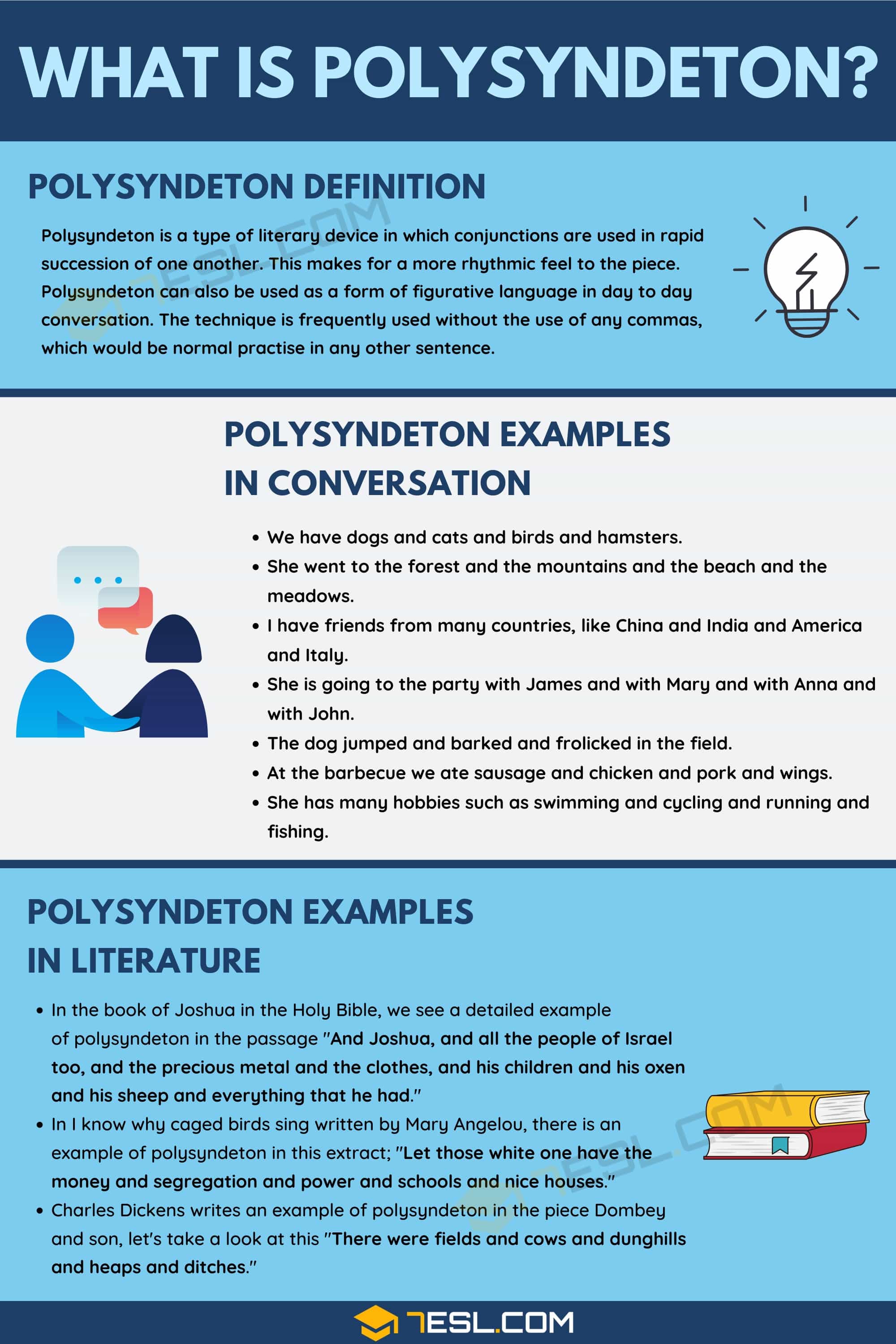