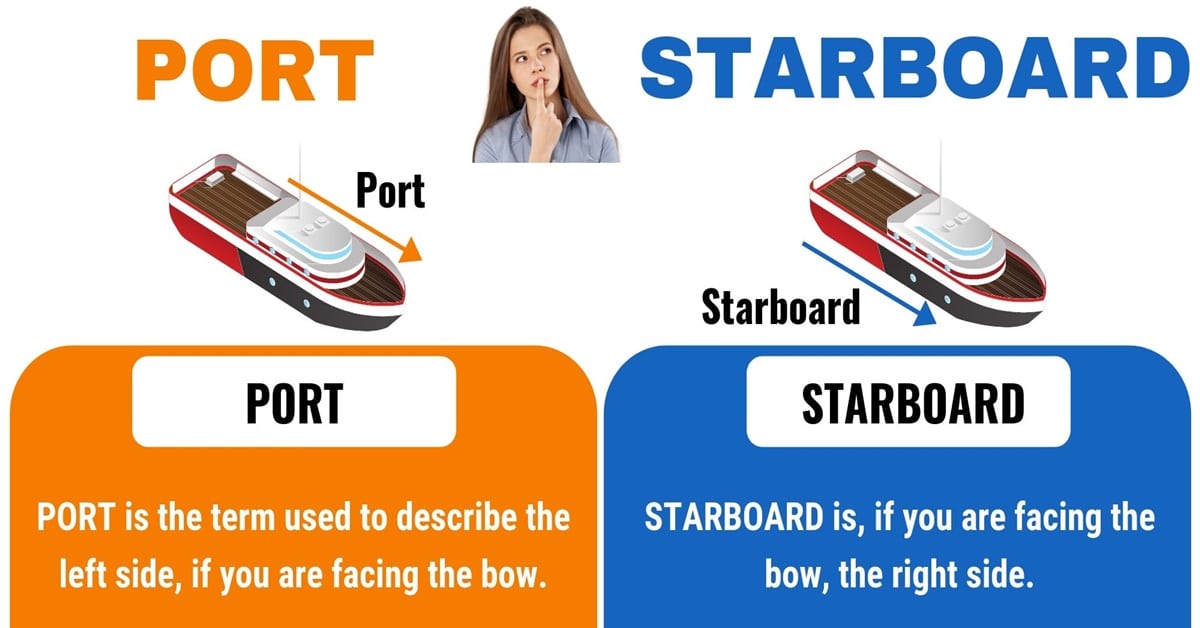 Port and starboard! If you go into the sea, be it as a sailor or a simple fisherman, it’s crucial to know how to navigate. Knowing where the North, the South, the East and the West are, though very important as well, isn’t enough: you should also be able to identify directions, regardless of where your ship is headed. These are fixed locations and they are referred to as port and starboard. They prove to be extremely useful because left and right will differ, depending on where the sailor is standing and looking, but these will stay the same. But what exactly do they mean?

When to Use Port vs. Starboard

Knowing some history can be helpful to remember which term is used for which side. In the past, because ships had their rudder mechanisms on the right side, they would enter the port from the left side: this is exactly why left is synonymous with port in navigation. In a sentence, it can be used as an adjective, just as you would use the word left. For instance, you would hear the captain of the ship yelling that the pirates are coming from the port side.

Starboard comes from two Old English words, one meaning “steer” and the other “the side of the boat”. So, literally, it means “the steering side of the boat”. This definition also makes a lot of sense because in the past, when ships were a lot smaller, they were steered with a hand-operated rudder. Its handle was located closer to the right side of the ship because, as the US National Ocean Service suggests, the majority of sailors was right-handed. An example of a sentence using this term would be, “The Titanic sunk due to hitting an iceberg on its starboard side“.

How to Spot Port and Starboard

Apart from remembering the historical explanation of the terminology, there are two more trick that might help you solve the Port vs Starboard dilemma. Firstly, you might notice that the word left is shorter than the word right, just like the word port is shorter than starboard; therefore, the shorter and the longer words go together. Secondly, if you place the words in alphabetical order, left would go before right. Similarly, port, which means left, when facing the bow, would go before starboard, which means right. So, as long as you remember how the letters go in the alphabet, you won’t have any trouble remembering the difference between port and starboard.

Difference between Port vs. Starboard | Image 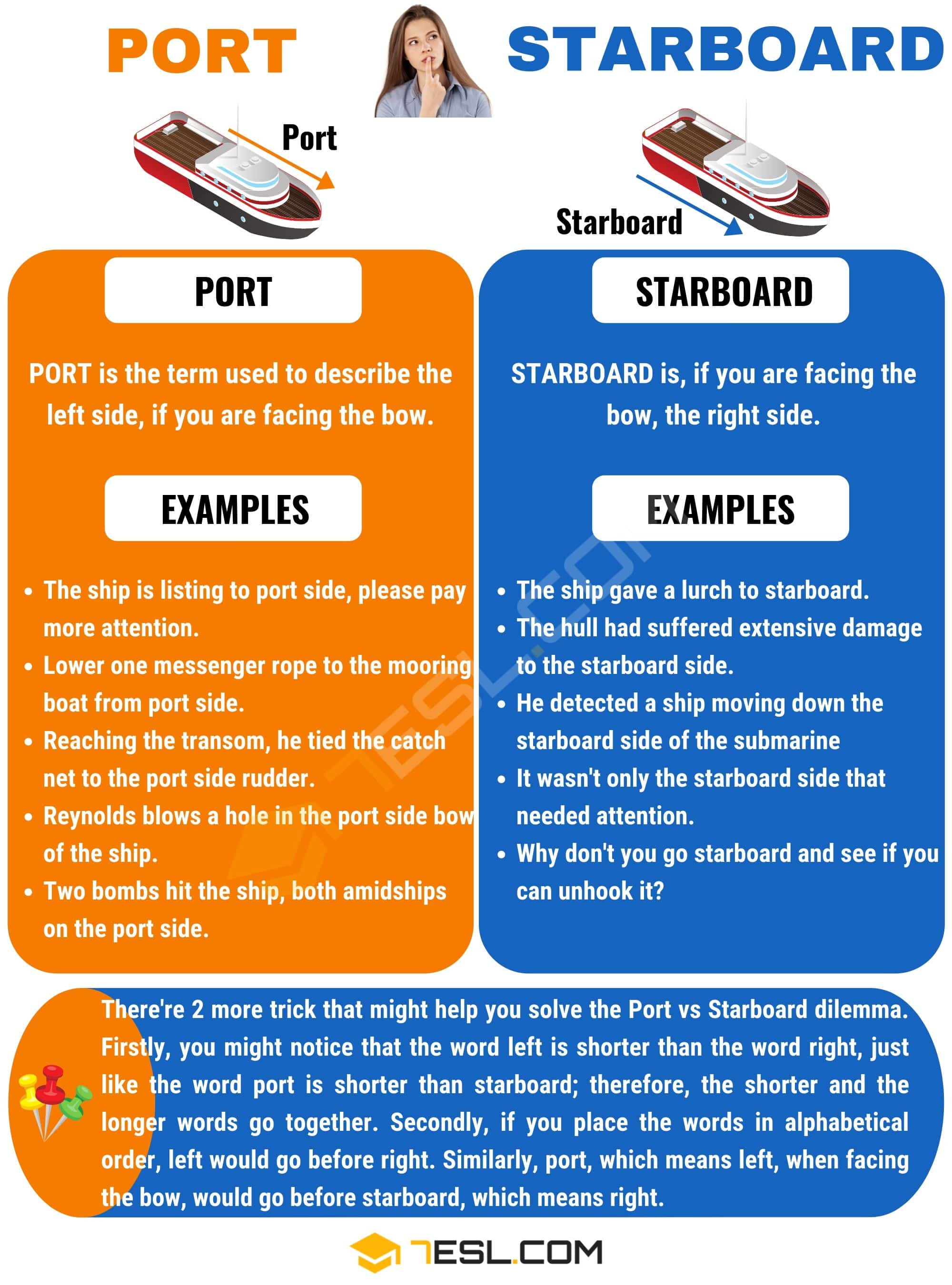 Port vs. Starboard: When to Use Port and Starboard