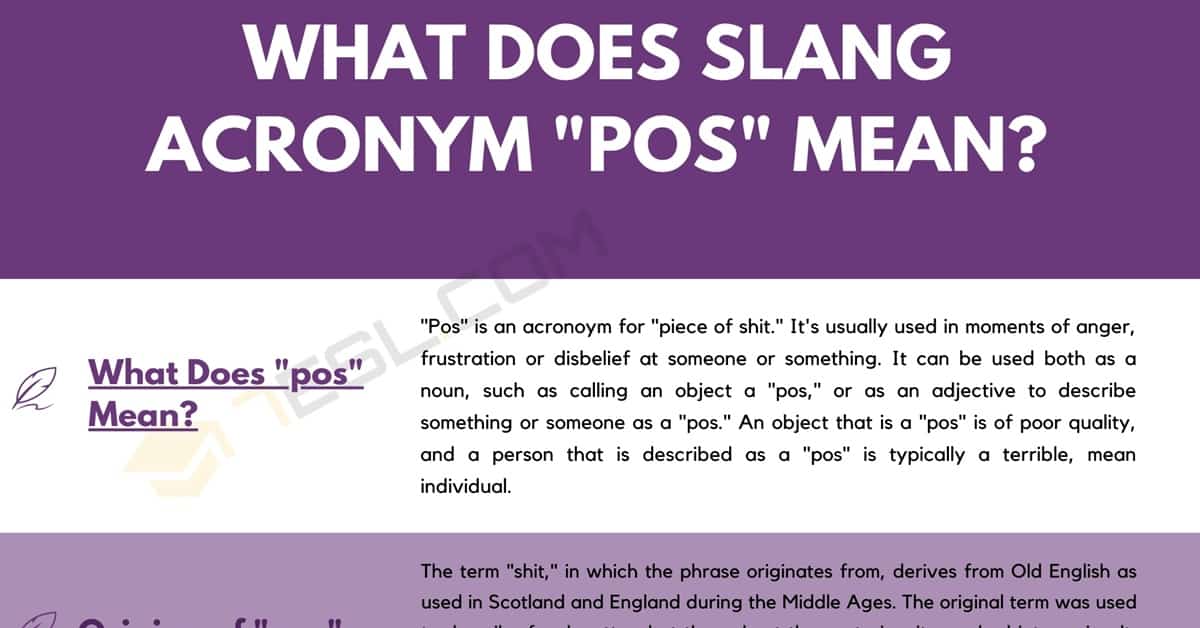 What does “POS” stand for in texting and social media? It’s a phrase that is often used in movies, shows and real life, but are you aware of its history and meaning? Perhaps you’ve heard an angry driver yell it out a window to another driver during a fit of road rage and wondered just what kind of slang this phrase stands for. Maybe you even want to try using it yourself in the right context!

What Does “pos” Mean?

“Pos” is a slang acronym for “piece of shit.” It’s usually used in moments of anger, frustration or disbelief at someone or something. It can be used both as a noun, such as calling an object a “pos,” or as an adjective to describe something or someone as a “pos.” An object that is a “pos” is of poor quality, and a person that is described as a “pos” is typically a terrible, mean individual.

The term “shit,” in which the phrase originates from, derives from Old English as used in Scotland and England during the Middle Ages. The original term was used to describe fecal matter, but throughout the centuries, it morphed into an insult, describing something of terrible quality or a terrible person. “A piece of” was added to the phrase with Modern English and is now used commonly in several English-speaking countries.

Besides referring to a bad object or person, the phrase can also refer to an actual piece of feces, as shit originally (and still) refers to fecal matter.

Anyone can use “pos,” though the individuals who typically use this word are those experiencing anger, frustration or disbelief. As the phrase is slang, it is often censored if used on television, in music or in certain types of literature. It is also not used in formal situations and is usually reserved for more casual or non-formal interactions.

You can use this phrase when you are angry, or you want to describe something or someone who you believe is terrible or of bad quality. For instance, if you cross paths with a bad driver, you may want to call them a “pos,” or if your car is stalling on you, you can call it a real “pos.”

Examples of the Term POS

Other Words to Use Instead of “pos”

Another way to describe someone other than a “pos” is to say that they “suck” or that they are “a piece of crap.”

Another way to describe something as a “pos” is to say it is “crappy” or “pathetic.”

What Does POS Stand for? | Image 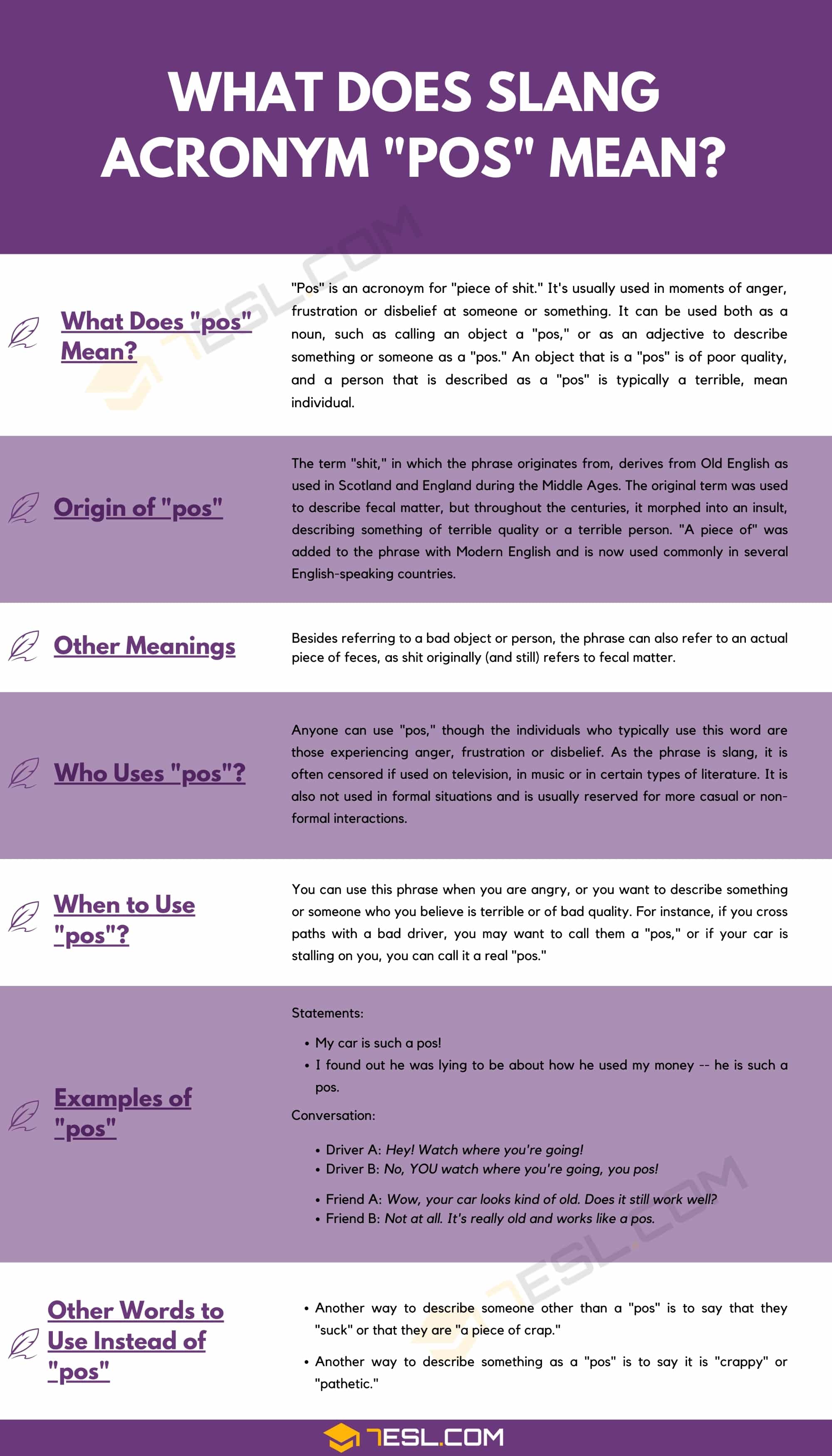