If you’re looking for particular positive words, this list of positive words that start with M is a great place to start! It’s organized into sections according to parts of speech, and each section is organized alphabetically. In case that’s not enough positive reasons to check out this list, it also includes definitions!

Positive Words That Start With M

Positive Adjectives that Start with M

Adjectives are most commonly known as describing words. Specifically, they describe nouns, which are people, places, and things. Using positive adjectives in your communication is a great way to sound positive!

Positive Verbs that Start with M

Verbs are action words. They tell what is being done in a sentence. Using a positive verb is a great way to make your sentence do something positive!

Positive Nouns that Start with M

Nouns are people, places, and things. Making your nouns positive is a surefire way to make your statement about something positive.

Positive words that start with M are majorly helpful. Maybe you found this list most helpful, too! 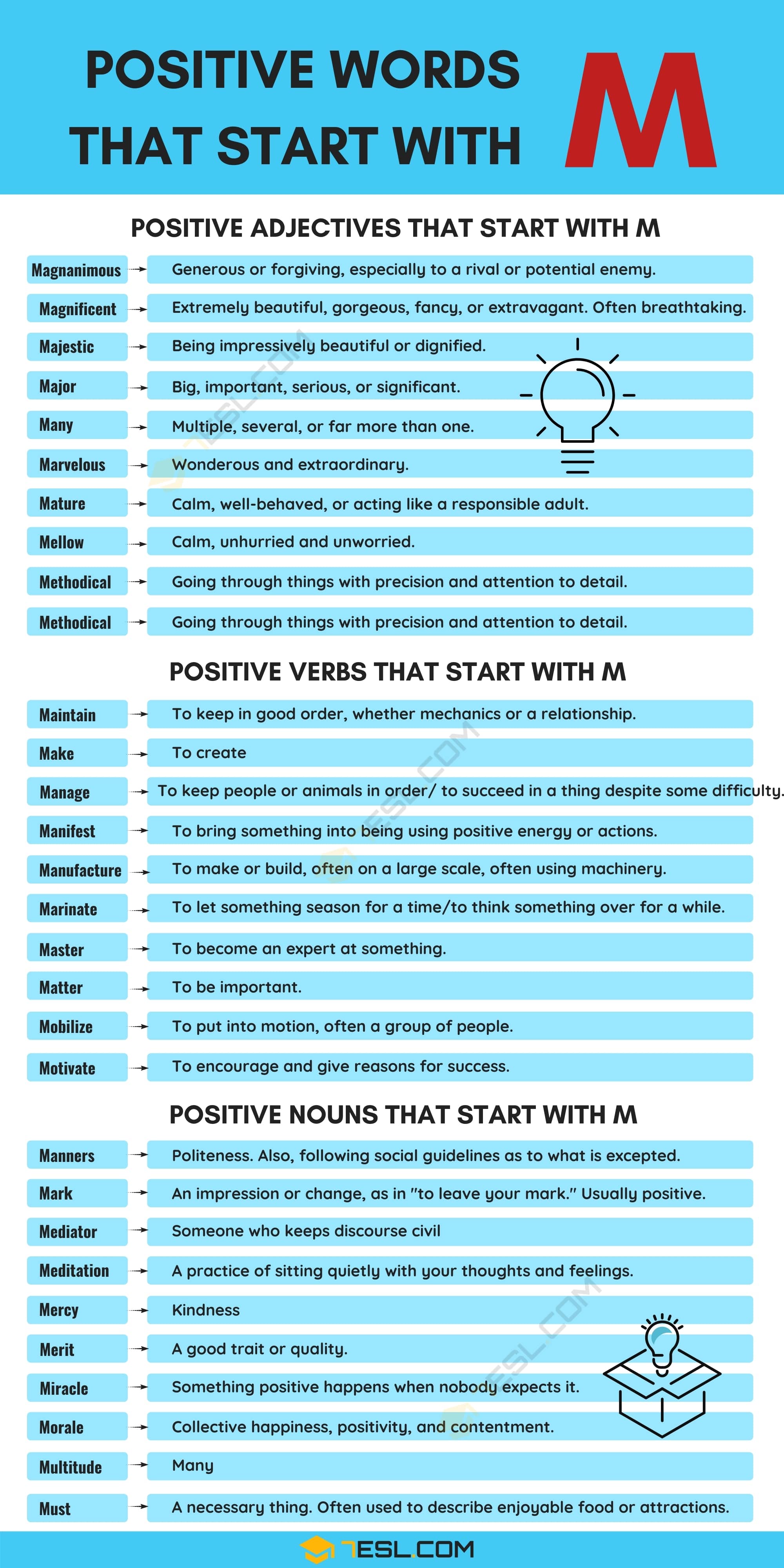