Are you looking for positive words that start with T? Using positive, happy, or optimistic words can be a fantastic way to make your life a little more positive. Not only does it make interactions more positive and often more effective, but it can also make your own outlook and perception more positive, too!

It can be hard to find the specific word you’re looking for, but we’re here to help! This is a list of positive words that start with T. It’s broken down according to what part of speech each word belongs in, and each section is alphabetized. Additionally, each word includes a definition, explanation of positivity, or context as required.

Positive Words that Start with T

Positive Adjectives that Start with T

Adjectives are words that describe or modify nouns, which are people, places, and things. Positive adjectives mean that your sentence is describing something in a positive way!

Positive Verbs that Start with T

Verbs are action words or the words in a sentence that tell what’s being done. Having a positive verb means your sentence is definitely doing something positive!

Positive Nouns that Start with T

Nouns are words for people, places, and things. If you use positive nouns, you’re sure to have a positive subject!

Today you’ve totally gone through this list of positive words that start with T. Hopefully, this turned out to be a timely and thrilling list! 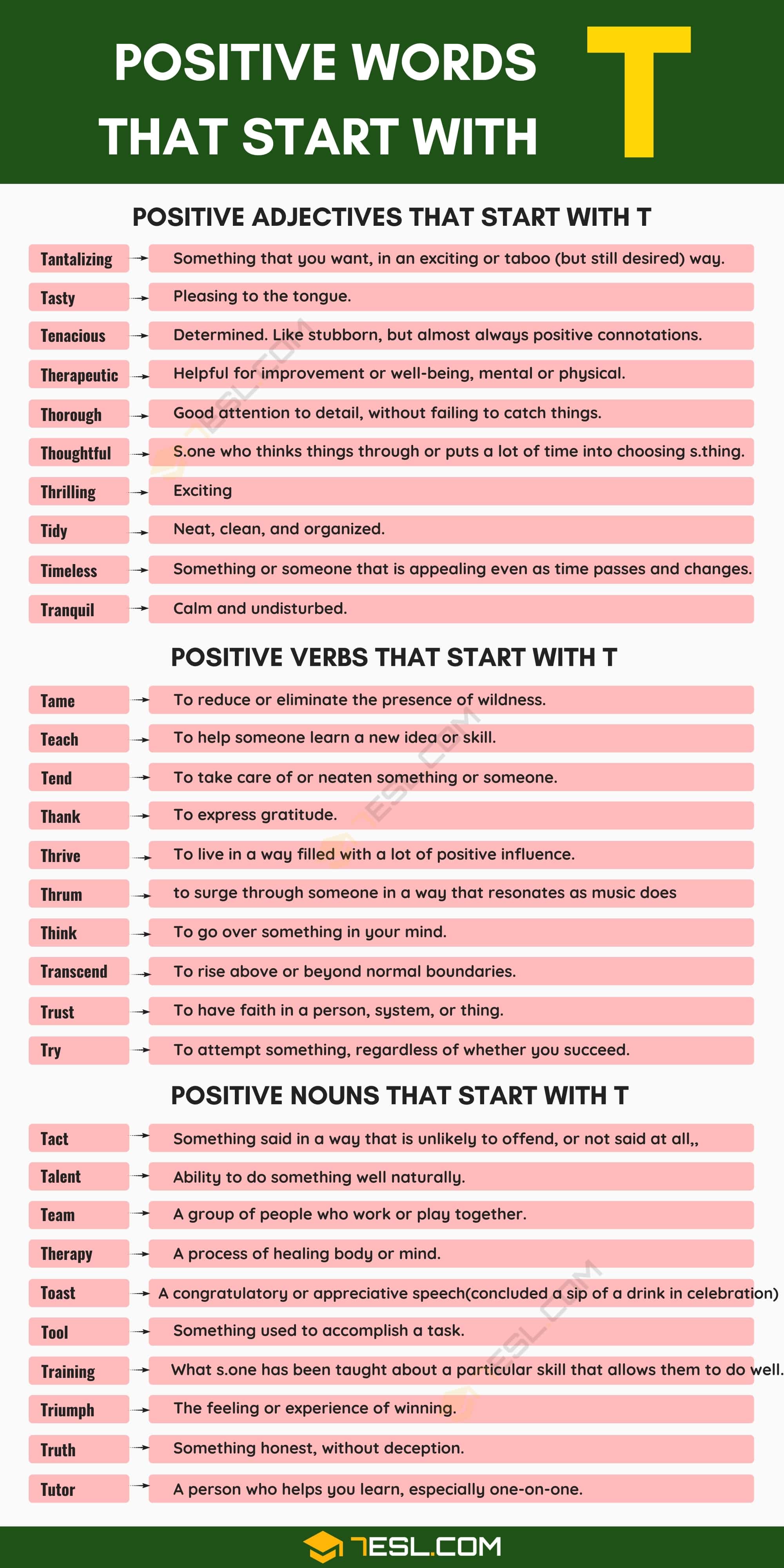