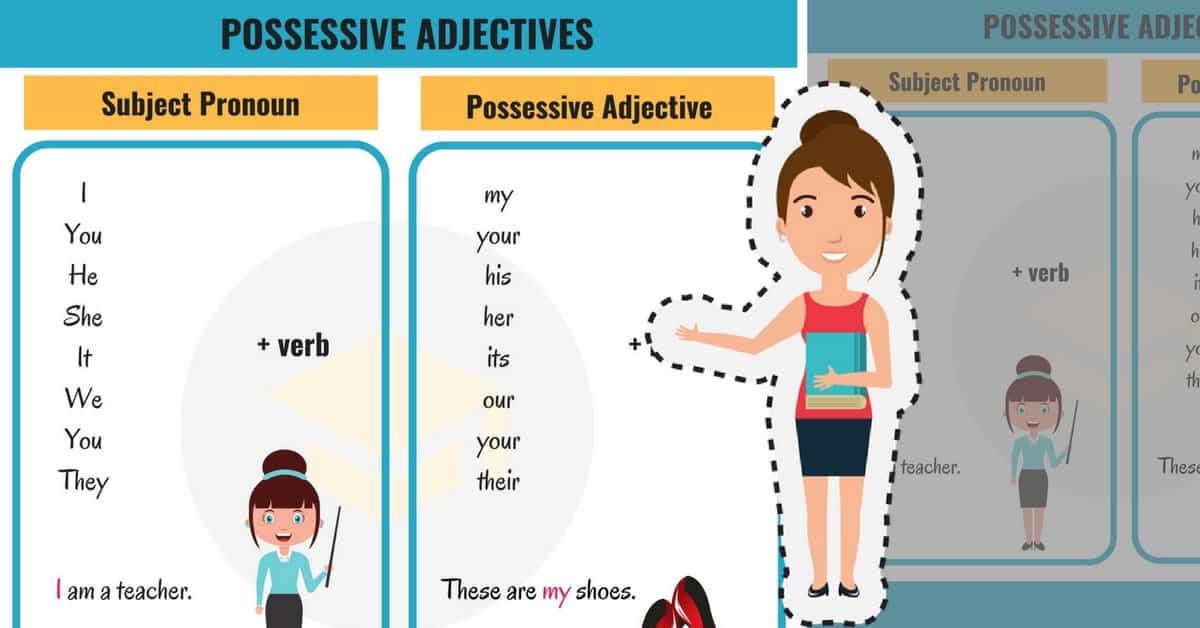 What Is A Possessive Adjective?

In the most simple terms, a possessive adjective is an adjective that shows possession. This type of adjective is always used before a noun as a way of showing what or who owns it.

The most common examples of possessive adjectives are as follows:

Let’s take a look at some of these being used in a sentence.

You can see in the above examples, that the possessive adjectives show who each noun belongs to.

Each of the possessive adjectives corresponds to to its own personal pronoun, as follows:

It may come as a surprise to learn that the possessive adjectives can also function as a pronoun, this is because they are able to replace a pronoun in a sentence and still carry the same meaning, let’s take a look at an example of this.

You can see that the pronoun Sally has been replaced with the possessive adjective her which can also serve as a pronoun.

As with any area of grammar within the English language, there are certain rules which must be followed when using the possessive adjective. However, these are easy to understand and we are now going to look at these in a little more detail.

Their, they’re and there

One of the most common gripes of English grammar and spelling enthusiasts is the confusion between the three forms of the sound ‘their, they’re and there ‘ When using this as a possessive adjective, you should always use the spelling ‘their’ as the two others mean completely different thing. (There refers to location and they’re is a shortened version of they are.)

Finally, people might often mistake the possessive adjective whose for the word who’s, however this is not the correct spelling and is a shortened form of ‘who is.’

Use of his, her and its

When talking about people in general in English, there is not a gender specific word, however there is the possessive adjective ‘its’ which is commonly used when ‘their’ should be used. Let’s take a look at an example.

Whilst this sentence is correct, it is somewhat wordy and so many people might use its instead. But this is not correct.

The following sentence is what should be used.

He is an English teacher.

They want to learn Chinese. 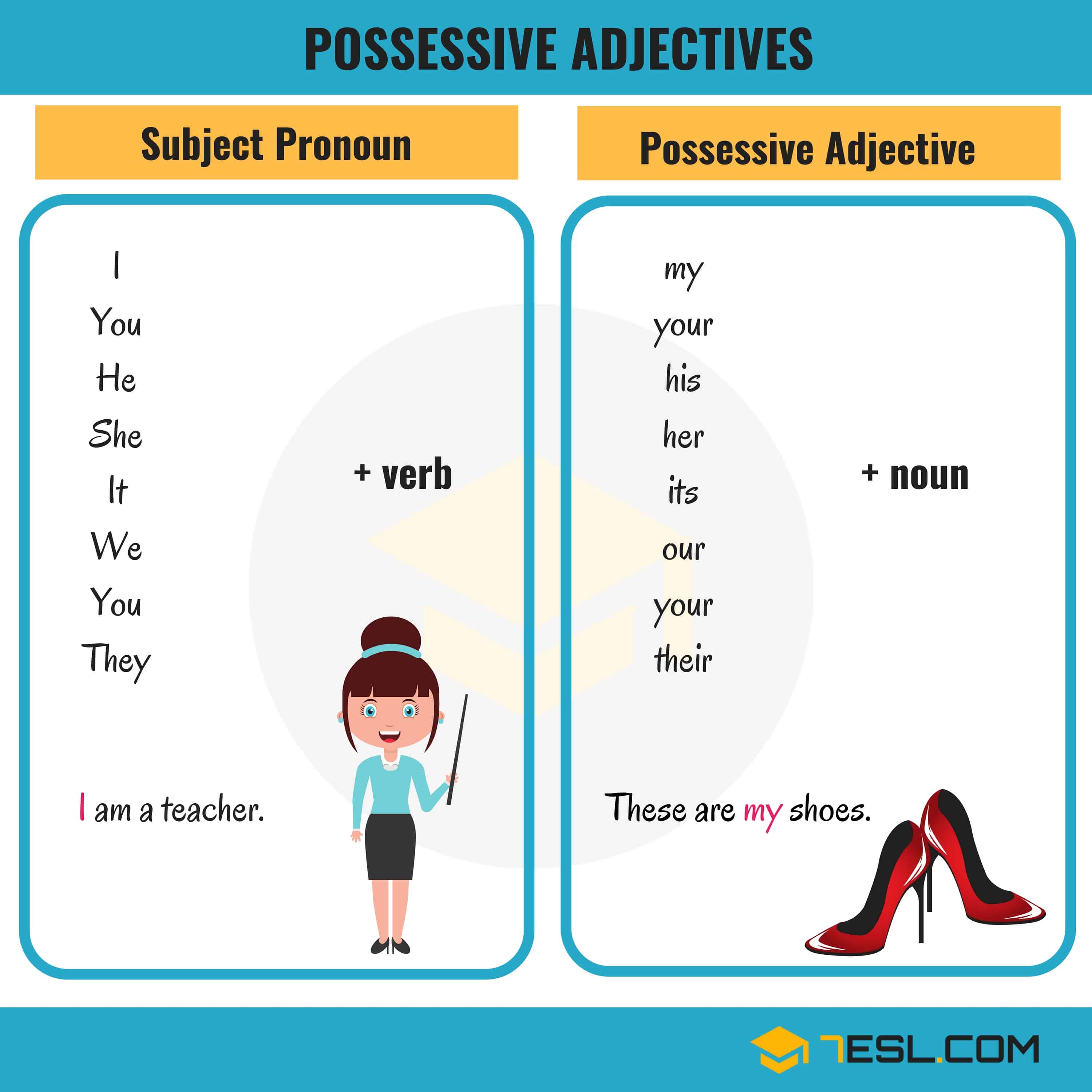 Thanks for doing this wanderful page. I appreciate your help. Greets from Chile.

That’s very good to send my students.Thanks a lot!