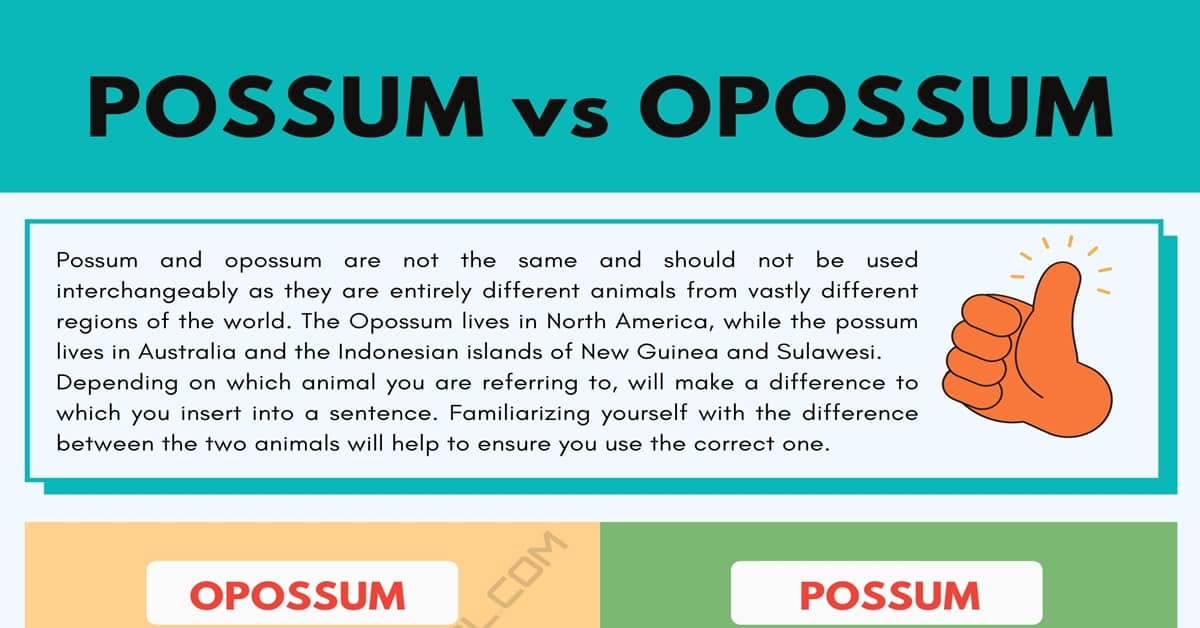 Possum vs. opossum – What’s the difference between them? In this article, we are going to take a look at detailed information about possum and opossum. Infographics and example sentences are included to help you identify both of them easily.

Possum vs. opossum – What’s the difference between a possum and an opossum?

For those who are familiar with this saying, we understand what it means and are even able to visualize this act in motion. A small marsupial is confronted with the prospect of confrontation. As peaceful animals, they prefer not to fight and instead will lay down and pretend they are dead until the confrontation has passed. This is often referred to as an opossum playing possum because it is scared.

Why use opossum and possum in the last sentence? Wouldn’t it be easier to simply use possum? People often shorten opossum to possum, and it is common for people to use these two spelling interchangeably. Possum and opossum are not the same and should not be used interchangeably as they are entirely different animals from vastly different regions of the world. The Opossum lives in North America, while the possum lives in Australia and the Indonesian islands of New Guinea and Sulawesi.

Depending on which animal you are referring to, will make a difference to which you insert into a sentence. Familiarizing yourself with the difference between the two animals (possum vs opossum) will help to ensure you use the correct one.

There are several dozen different species of opossum in North America. They are the only marsupial found in the United States and Canada. They are part of the order of Didelphimorphia.

They are recognizable by their long heads and pointed snouts. They have long slender bodies with rounded naked ears. Each opossum is covered in coarse hair that is black, grayish-white, or reddish with white-tipped hair. Their fore and hind feet have five toes, and their opposable innermost toe on the hind feet makes them excellent tree climbers. They have a long prehensile tail that can be used as an extra limb. They grow between 21 and 36 inches long and weigh 4 and 15 pounds.

These slow-moving creatures are nocturnal and are scavengers. They nest in tree holes or in dens made by other animals.

There are 70 suborder tree-living marsupial species native to Australia and the Indonesian islands of New Guinea and Sulawesi. They are marsupials in the order of Diprotodontia. Other animals belonging to this order are kangaroos, wallabies, koalas, and wombats.

The physical description for possums varies across their 70 sub-ordered species, A general descriptions for these mammals is that they have a white face, and grayish-white body, with black ears and feet. They can weigh less than 1 ounce to over 20 pounds. Like the opossum, the possum has a pouch and gives birth to live young.

When using the words “possum” and “opossum, it is important to remember they are not the same and should not be used interchangeably. Becoming familiar with each mammal will ensure you use them correctly.

Differences between Possum vs. Opossum 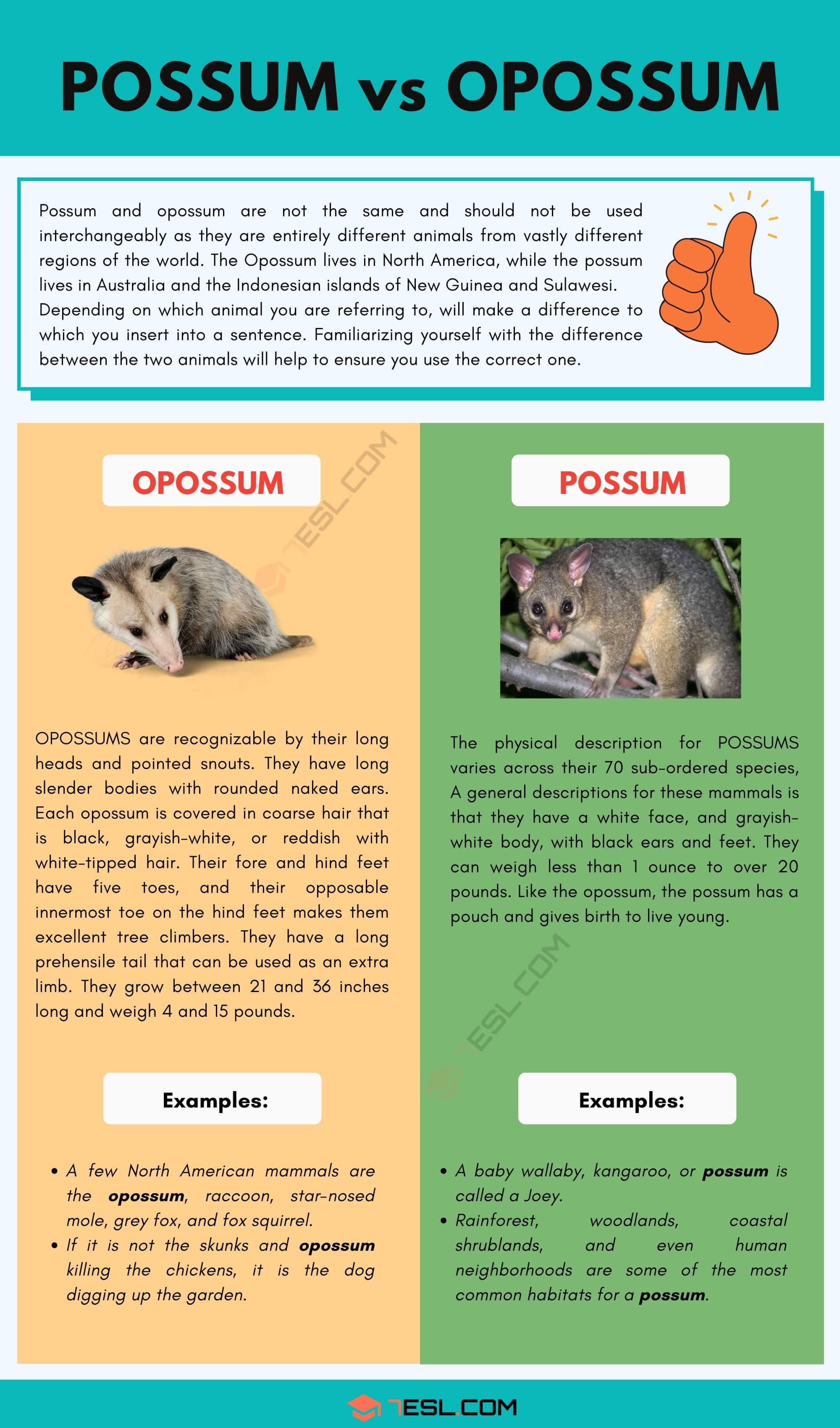