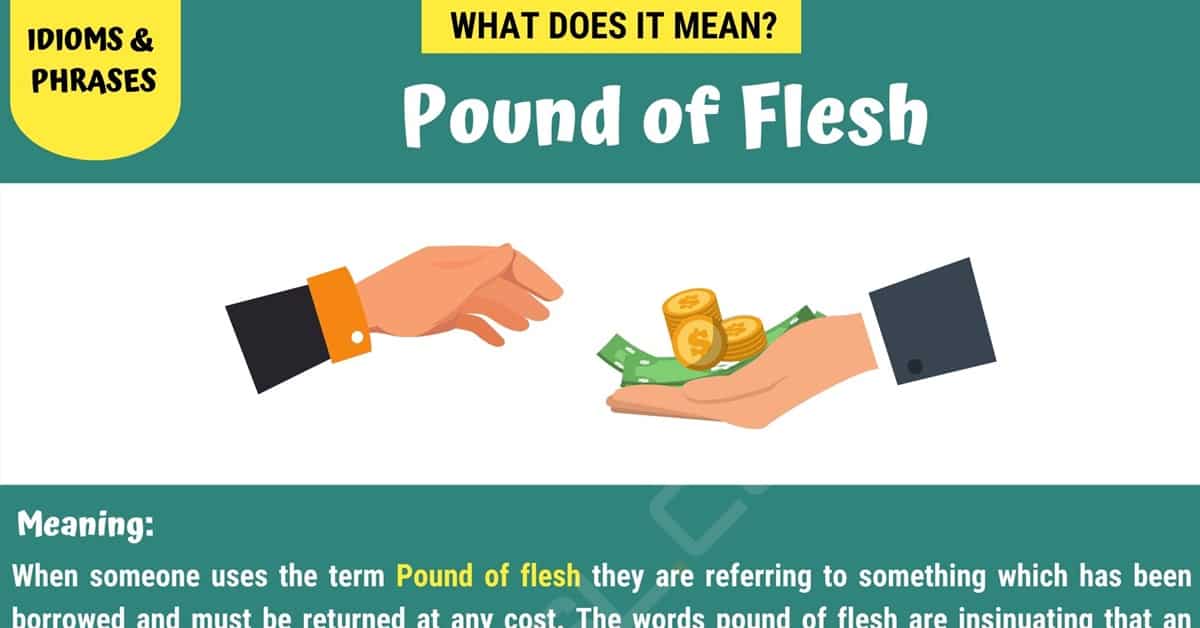 Have you ever heard someone use the term Pound of flesh and wondered what they were referring to? We are going to take a look at the meaning of this phrase as well as finding out where it first came from. We will also look at some examples of the term in use so that we can better understand how it fits into the conversation.

When someone uses the term Pound of flesh they are referring to something which has been borrowed and must be returned at any cost. The words pound of flesh are insinuating that an unpaid debt might end up with a vengeful finish.

The phrase Pound of flesh was first coined by William Shakespeare who used it in the play The Merchant of Venice. Since then, it has become a popular English idiom.

There are other terms that you can use which express the same meaning as the English idiom Pound of flesh.

Let’s take a look at some examples of these.

There are various sentences which might feature the phrase Pound of flesh, here are some examples to demonstrate how it might look.

The first statement is being made by a friend to another friend.

This next statement is being made in a news article.

If you are wondering how the term Pound of flesh might look in a conversation, here are some examples of what you might hear.

The first is a conversation which is taking place between a father and son.

The next conversation is happening between a loan shark and his client.

What Does “Pound of Flesh” Mean? | Image 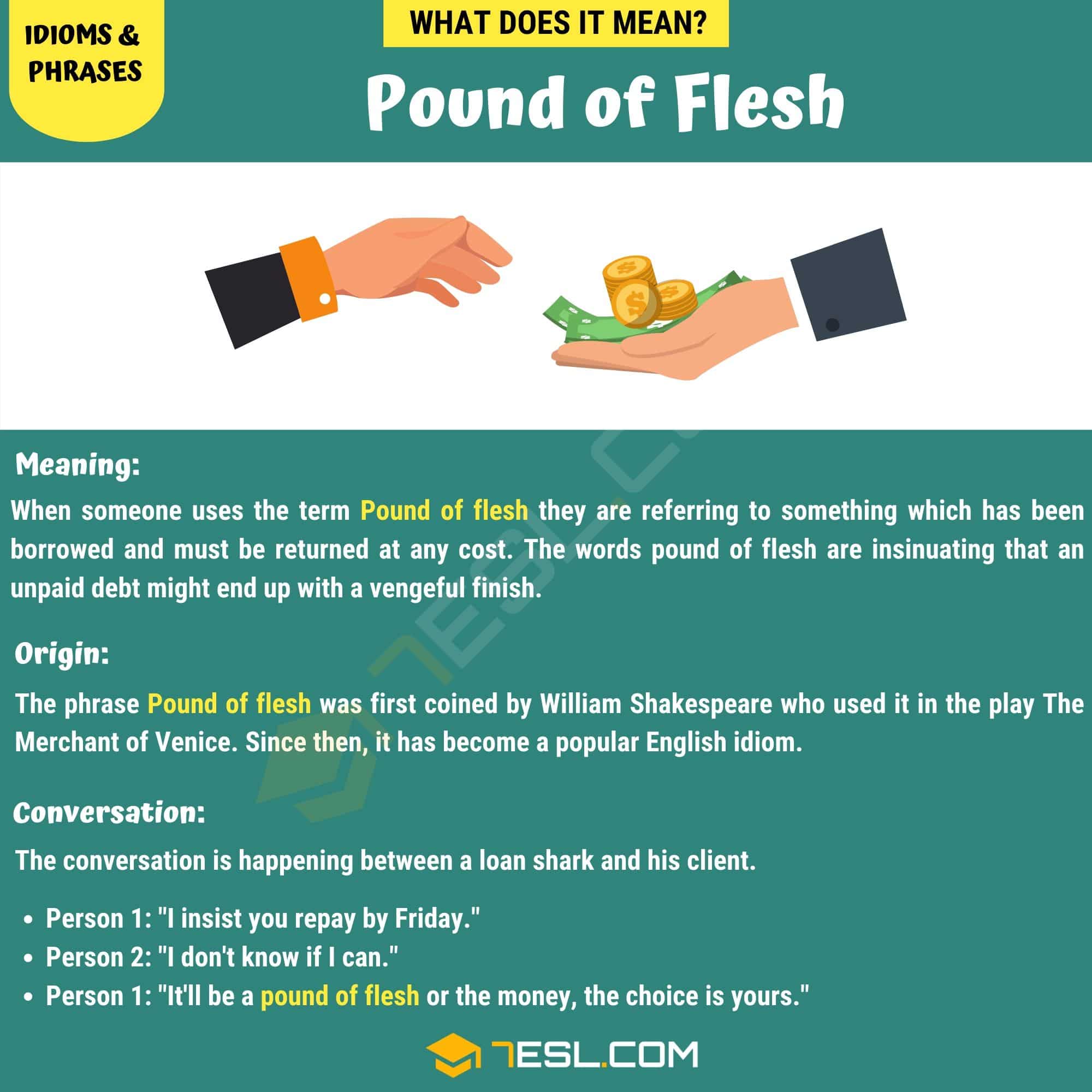