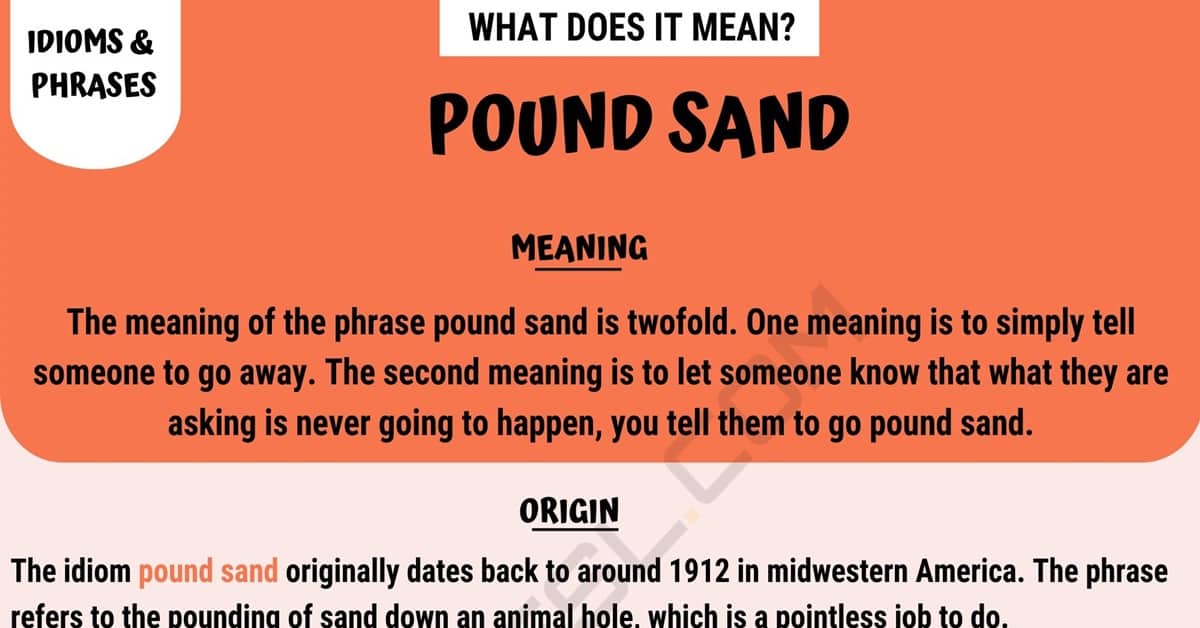 You may have heard someone use the term pound sand during a conversation and questioned what it was they were talking about. If so, we are now going to take a look at what this saying means and where it originally came from. We are also going to look at some examples of sentences and conversations in which the phrase features to better understand its use.

The meaning of the phrase pound sand is twofold. One meaning is to simply tell someone to go away. The second meaning is to let someone know that what they are asking is never going to happen, you tell them to go pound sand.

The idiom pound sand originally dates back to around 1912 in midwestern America. The phrase refers to the pounding of sand down an animal hole, which is a pointless job to do.

There are many times you might hear the phrase pound sand being used. Here are some examples of sentences in which it might be seen.

This next statement is being made by a brother to his sister.

If you are curious to see how the term pound sand can work in a conversation, here are some examples to show what you might hear.

This next conversation is occurring between two work colleagues.

There are many other ways in which you could express the meaning of the term pound sand. Here are some examples of things you might say which have the same meaning. 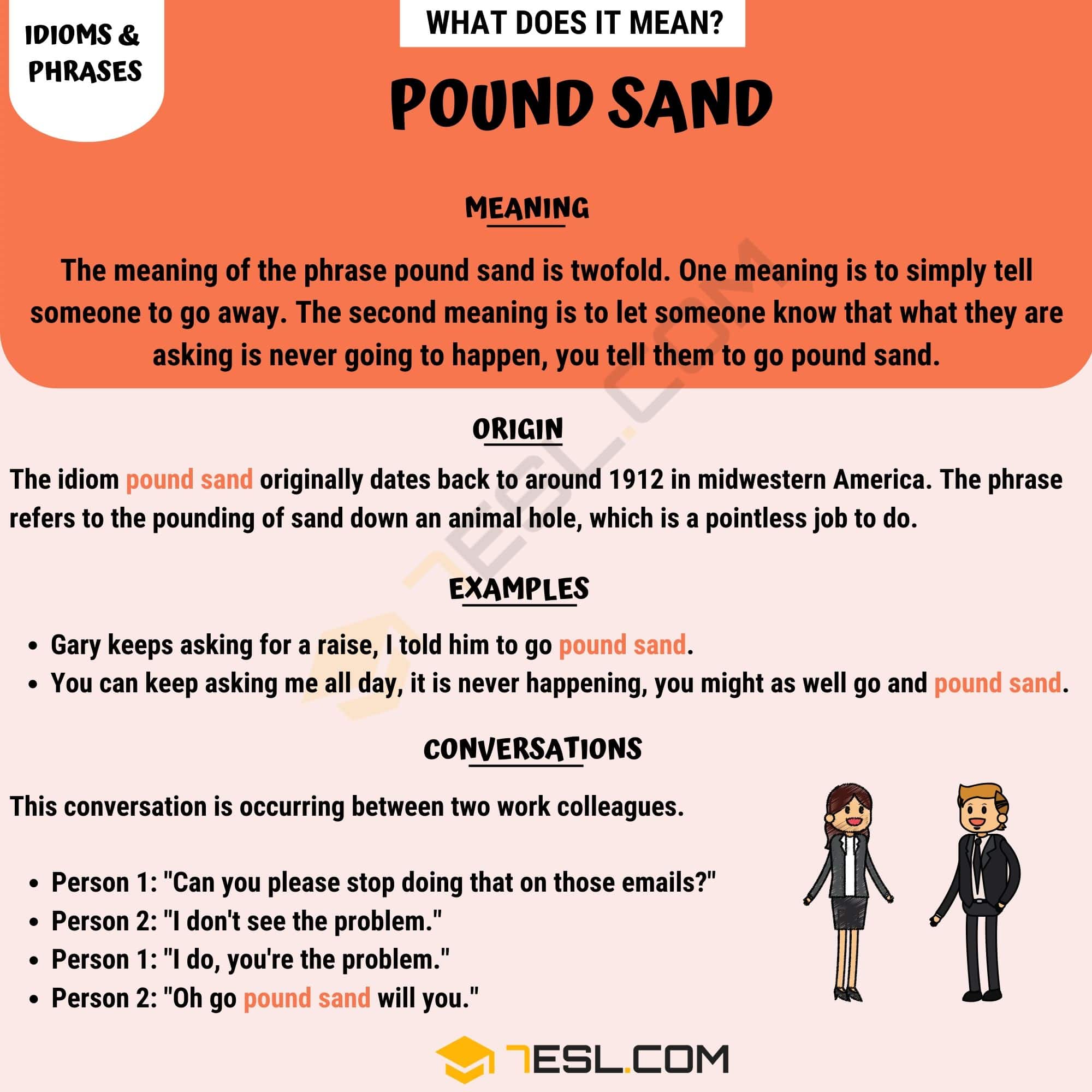