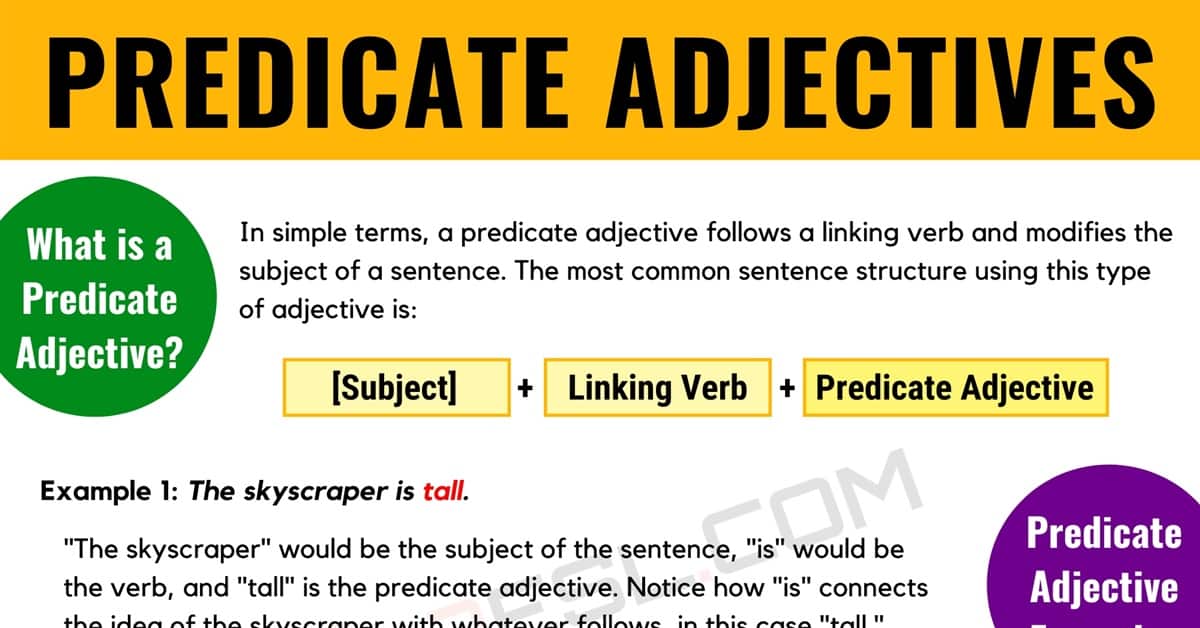 What is a predicate adjective? Are you searching for the usage of this type of adjective? The following lesson will introduce the definition and how to use it properly with useful example sentences and ESL image.

The parts of speech are quite complex. In addition to the basic parts themselves, they divide into smaller categories that describe their uses in English in more detail. Adjectives, though seemingly straightforward, are no different.

Today we’ll be covering predicate adjectives, We first have to understand a few basic things about the formation of a sentence before getting to the definition.

What is a Predicate Adjective?

In simple terms, a predicate adjective follows a linking verb and modifies the subject of a sentence. The most common sentence structure using this type of adjective is:

More information can come after the adjective, but let’s keep things light for now. We start the sentence with the subject, use a linking verb to make a connection with a description, and finish the thought with that description. Now let’s look at a live example.

Example 1: The skyscraper is tall.

“The skyscraper” would be the subject of the sentence, “is” would be the verb, and “tall” is the predicate adjective. Notice how “is” connects the idea of the skyscraper with whatever follows, in this case “tall.” Another example:

You guessed it: the predicate adjective in this example is “peaceful,” which describes how the lake “seemed”. One more example:

Example 3: Something was weird. It was too quiet in the cafeteria.

A double whammy! In the first sentence, the predicate adjective is “weird” and in the second sentence it is “quiet.”

Notice that the linking verb is commonly of the form “to be” or an observational word, like “seems” or “looks.”

A shortlist of common linking verbs are:

And once again, see how they usually refer to our five senses. Not all linking verbs are this simple, however. Take a look at these three examples:

“Will turn,” “stays,” and “proves” all act as linking verbs in the above sentences.

Spotting predicate adjective is much easier than you think. The next time you read, try locating linking verbs and then analyzing what the adjective is. You’ll end up a pro in no time. 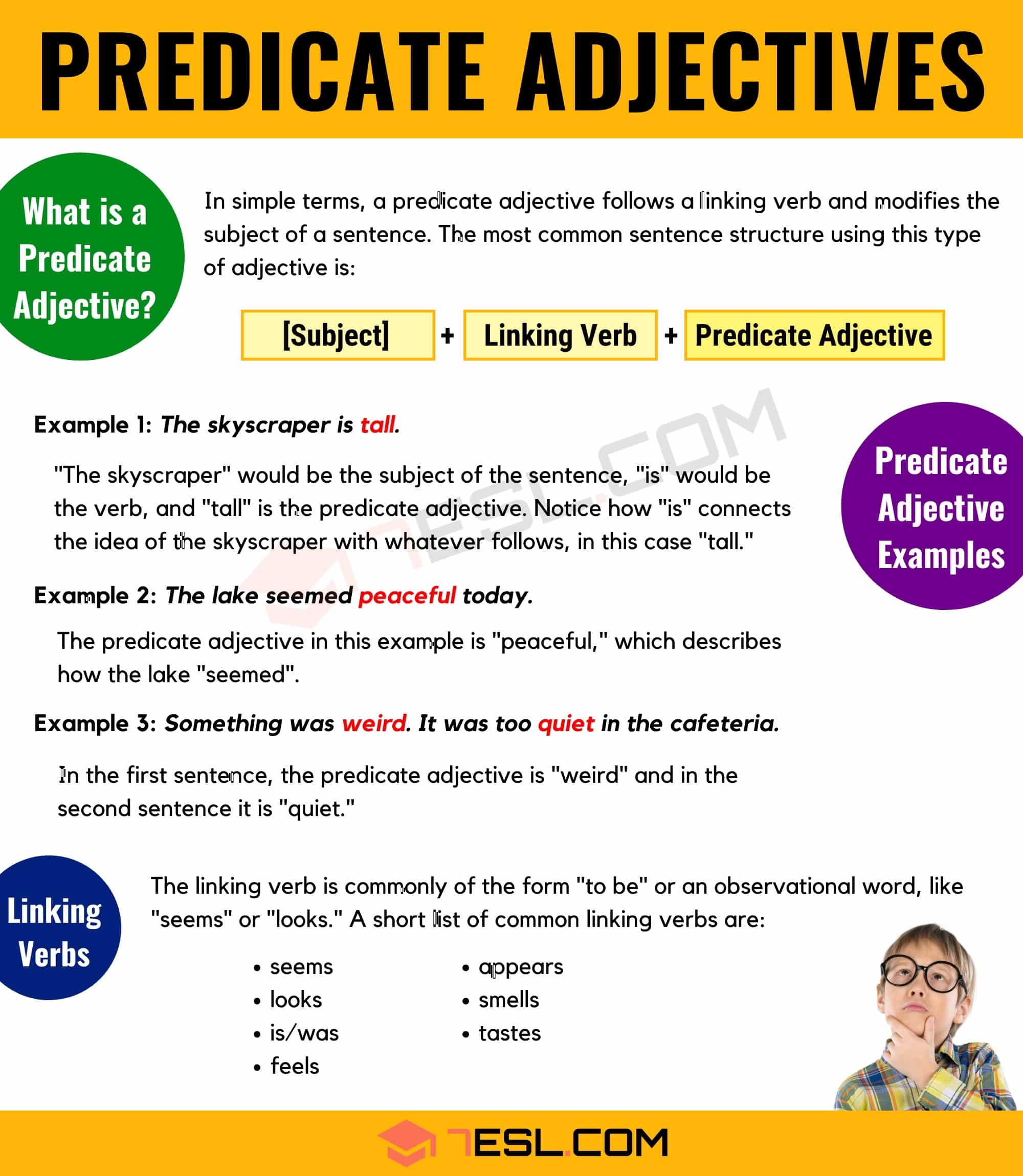 it is very helpful to use