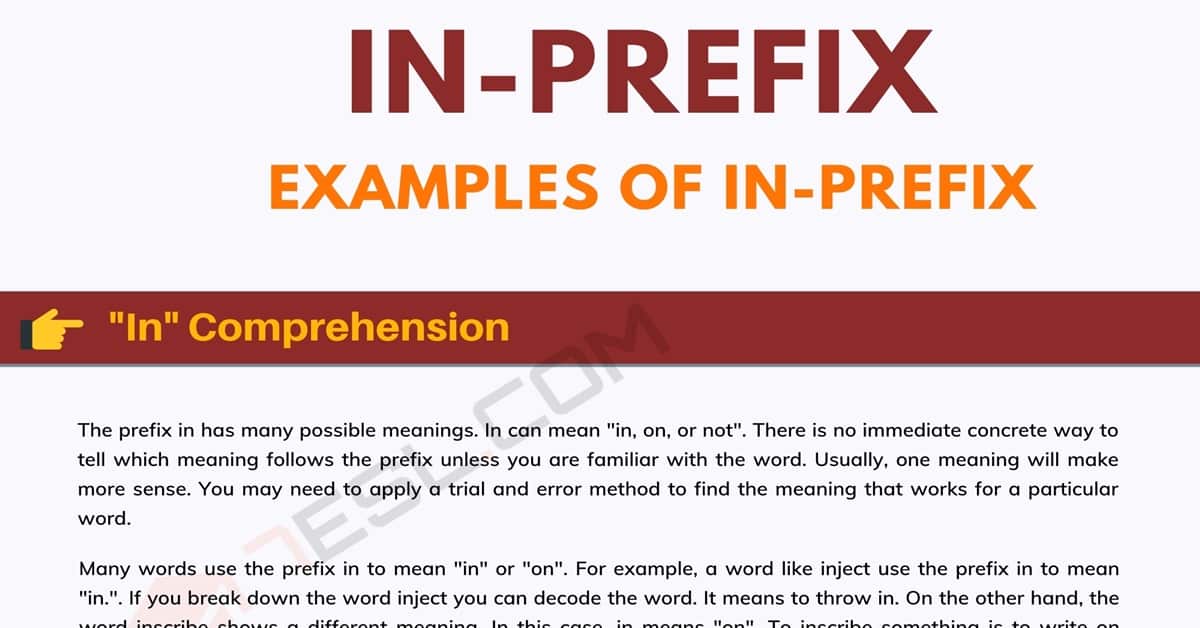 The prefix in has many possible meanings! Prefixes are common tools in the English language. People use prefixes to make sense of English vocabulary. These letters or groups of letters precede the word stem.

The prefix in has many possible meanings. In can mean “in, on, or not”. There is no immediate concrete way to tell which meaning follows the prefix unless you are familiar with the word. Usually, one meaning will make more sense. You may need to apply a trial and error method to find the meaning that works for a particular word.

Many words use the prefix in to mean “in” or “on”. For example, a word like inject use the prefix in to mean “in.”. If you break down the word inject you can decode the word. It means to throw in. On the other hand, the word inscribe shows a different meaning. In this case, in means “on”. To inscribe something is to write on something. Most often in will mean “in” or “on.”

However, “in” and “on” are not the only meaning of the prefix in. In can also mean “not”. This definition of in makes it trickier to decode English vocabulary with the in prefix. Insane is one word that uses in to mean “not”. That is to say, the word insane breaks down to not sane.

Many different languages have influenced words in the English language. Because of this, words develop in different ways. One example of this is the prefix in which has come to have different meanings.

In meaning “not” arose in later Latin. The Latin meaning comes from the Proto-Indo-European language (PIE) root word ne meaning “not”. Other prefixes like the Greek an and the Old English un developed from the root word ne. This is why you see words like in and un with the same meaning.

The Prefix In (Examples) 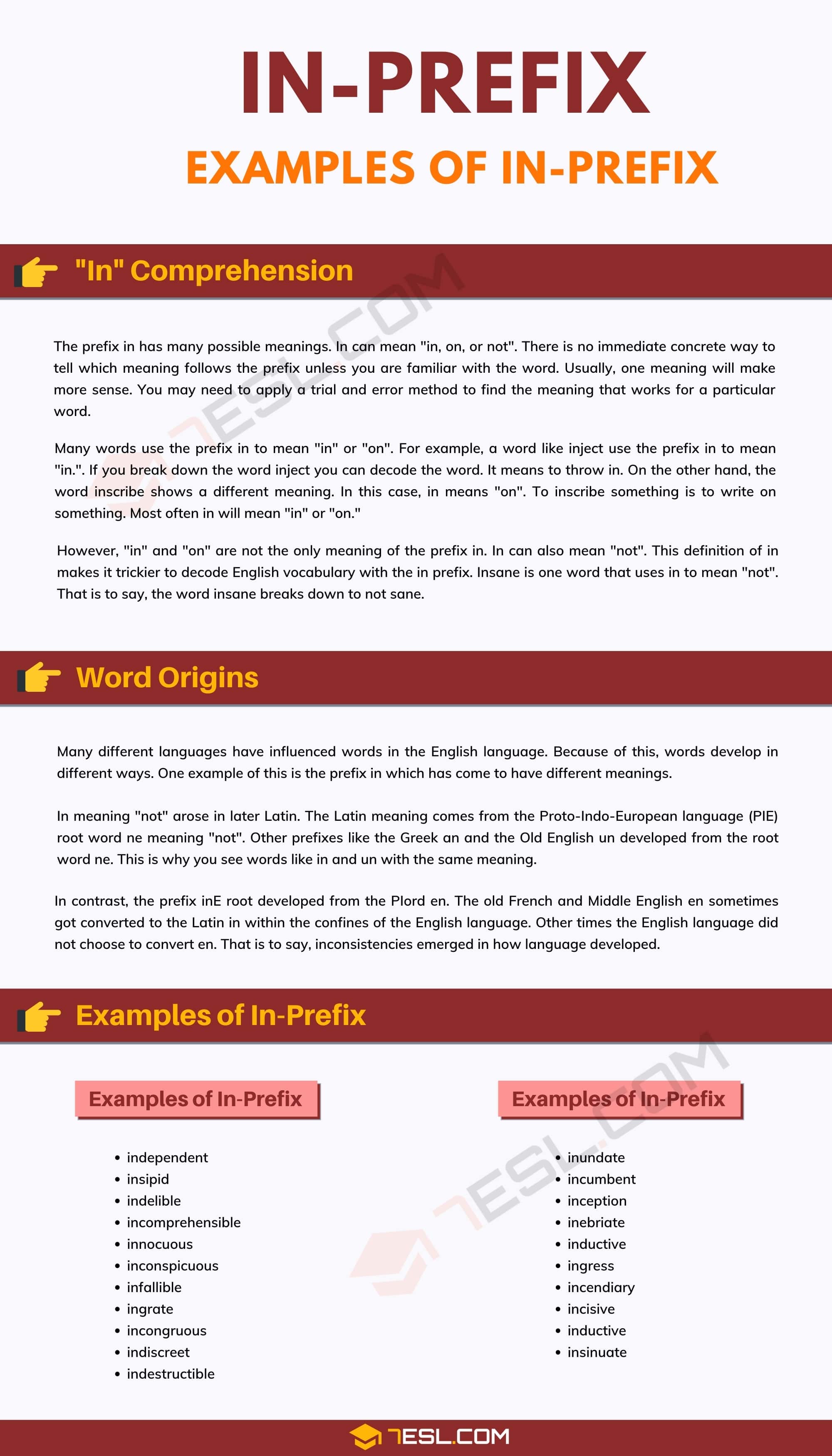