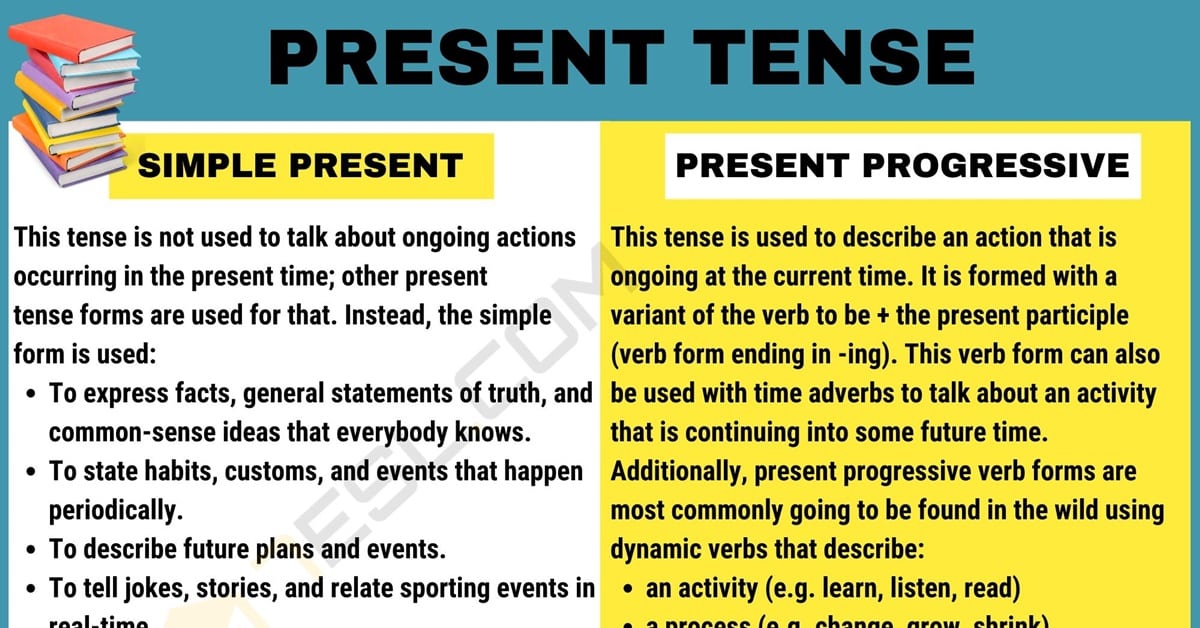 Present Tense! Learn the 4 present tenses in English with useful grammar rules, example sentences, and ESL printable worksheets. The English language can express actions in the past, present, and future using various verb tenses. In total, the language has twelve verb tenses:

This article will focus on the four present tenses and how they are used with a few examples of each one.

The simple present tense is not used to talk about ongoing actions occurring in the present time; other present tense forms are used for that, as discussed below. Instead, the simple form is used:

The third-person singular is formed using the following rules that must be memorized:

All other conjugations look the same as the infinitive form of the verb.

The simple present tense can be combined with several expressions to indicate the time when an action occurs periodically, such as “every Tuesday”, “always”, “usually”, “twice a month”, etc…Additionally, this form can be made negative or can be used in the interrogative form as well. There is a lot of flexibility to this so-called simple tense to express complex ideas.

The present progressive tense is used to describe an action that is ongoing at the current time. It is formed with a variant of the verb to be + the present participle (verb form ending in -ing).

This verb form can also be used with time adverbs to talk about an activity that is continuing into some future time (e.g. in one hour’, this Fall’).

Additionally, present progressive verb forms are most commonly going to be found in the wild using dynamic verbs that describe:

The other type of verb, which is not generally seen with present progressive verb forms, is known as stative, and the reason it is not used here is that stative verbs describe actions that are done and over with and do not continue into the future at all (e.g. astonish, see, smell).

The present perfect tense is used to describe an action that:

It is formed with a variant of the verb to have + the present participle (verb form ending in -ed).

The part that may confuse some readers is whether to use this present perfect verb tense (e.g. have walked) or to use the simple past (e.g. walked).

The present perfect progressive tense is used to describe an action that:

It is formed with a passive variant of the verb to have + the present participle (verb form ending in -ing).

This section will just list one or two examples of each verb form to help solidify the previous discussion.

This article covers a lot of ground relating to the four verb tenses that describe actions occurring in, or having some relevance to, the present time. Perhaps the most misunderstood form is actually the simple present tense since it is not actually used to describe actions occurring in the present time. The simple form requires a bit more active study to identify when it is appropriate to use that form as it is fairly common in speech to hear some confusion between the simple form and the others.

The present progressive, present perfect, and present perfect progressive are used even more often but many speakers do not specifically understand when or why to use those forms since it was originally learned through habit rather than study.

Finally, the best way to cement and maintain an understanding of these verb forms is to read much and focus on why specific verb forms are used in the text; not all at once, but one verb form at a time.

The 4 Present Tenses in English Grammar 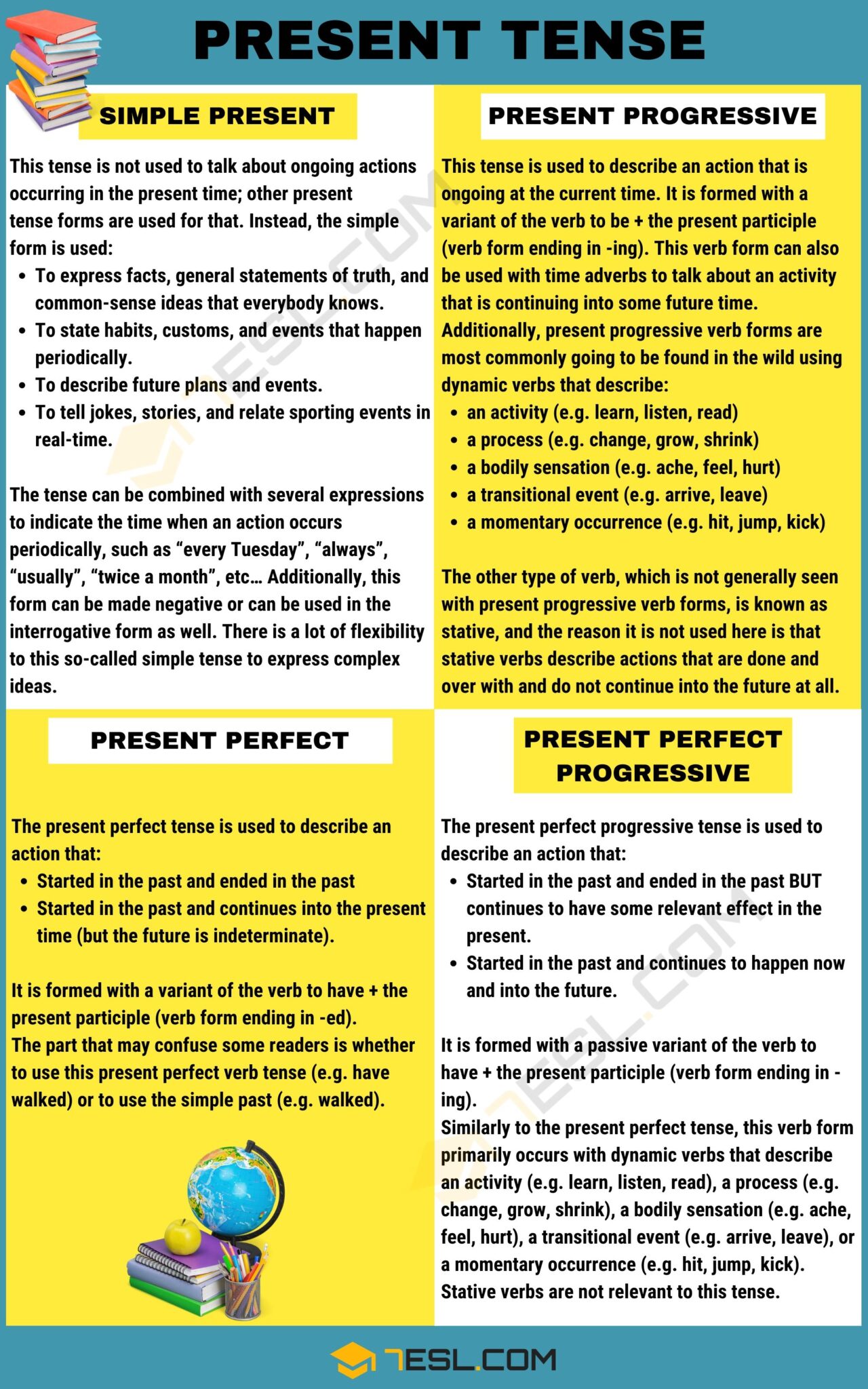 This is a great resource! It is very well organized and student friendly.

How do you do the work, It friendly but I don’t get it

One question though – you have the same example used for past simple and for present perfect simple: Used with an adverb that marks a specific point in time (e.g. I have studied today). This may be confusing for some learners. Hope you won’t take this the wrong way.