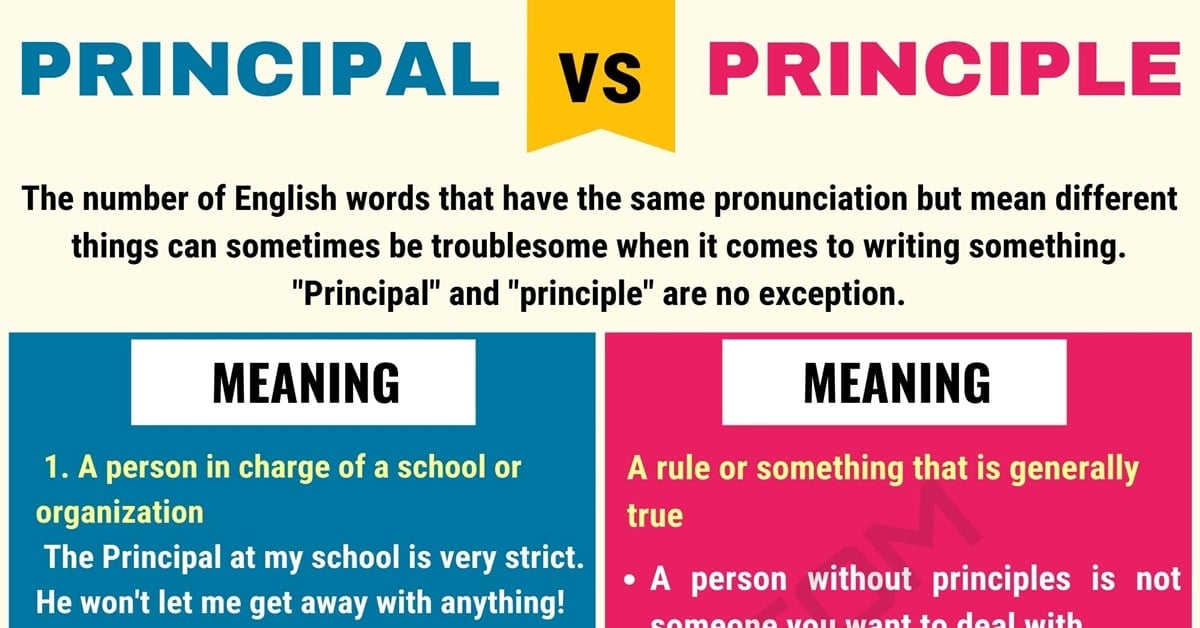 Difference between principal vs. principle. The number of English words that have the same pronunciation but mean different things can sometimes be troublesome when it comes to writing something. “Principal” and “principle” are no exception.

The word “principal” has a few meanings. The first one is a person in charge of a school or organization. The second can be money that has been invested or lent in a transaction. Third, it can also be used as an adjective to describe something that is important. Here are some examples:

“Principle” has a much different meaning. This can be defined as a rule or something that is generally true. For example:

Way to Remember the Difference between Principle vs. Principal

Difference between Principle vs. Principal | Image

Principal or Principle | How to Use Principal vs. Principle 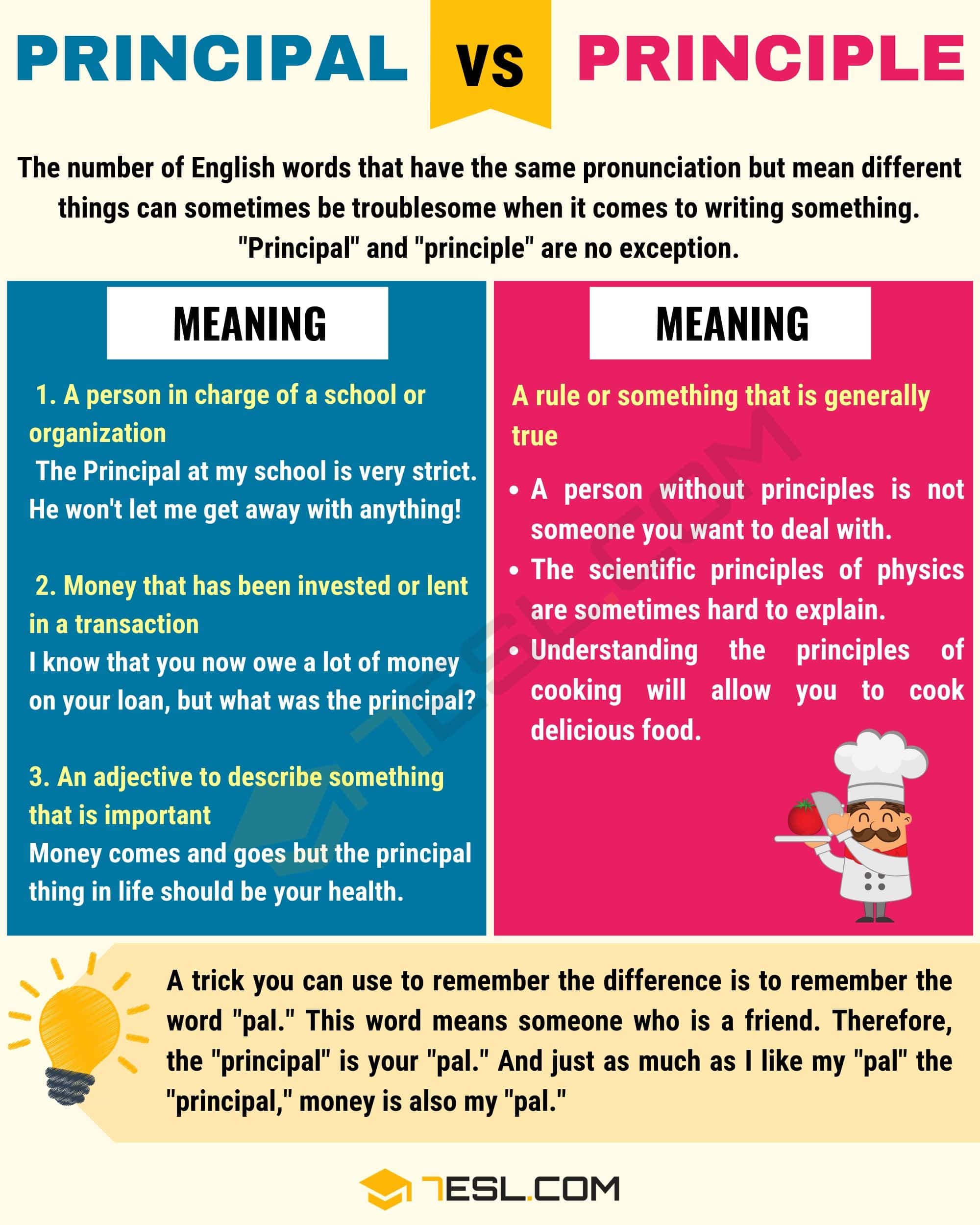 good for you you know