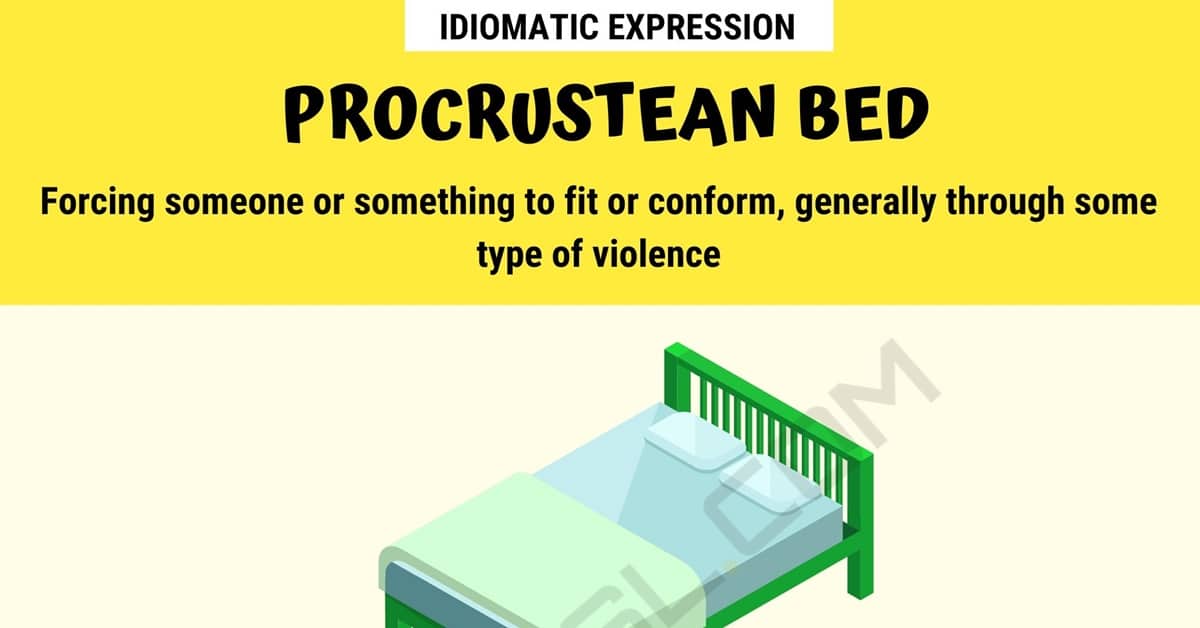 The idiomatic phrase “Procrustean bed” is one you may hear occasionally in conversation or see sporadically used in writing. In this article below, the definition of this phrase and the details of its origin can be found. You will also see samples of sentences and conversations that show the proper usage of this phrase in everyday communication and you will find some different ways to this phrase that still allow you to convey the same meaning.

The useful idiomatic phrase “Procrustean bed” means forcing someone or something to fit or conform, generally through some type of violence.

The metaphorical phrase “Procrustean bed” is derived from the story of Procrustes. Procrustes, a thief, was a character in a story from popular Greek mythology. It is said in this story that he would cut off the legs and arms of travelers if they were too tall or stretch them if they were too short to make them fit in his iron bed. In either case, the victim would die. Procrustes was later killed by the Greek hero Theseus. Since the writing of this story, the phrase “Procrustean bed” has been used in the sense of the definition stated above.

A conversation between two friends who work together having coffee.

Some alternatives you can use in place of “Procrustean bed” to say the same thing include: 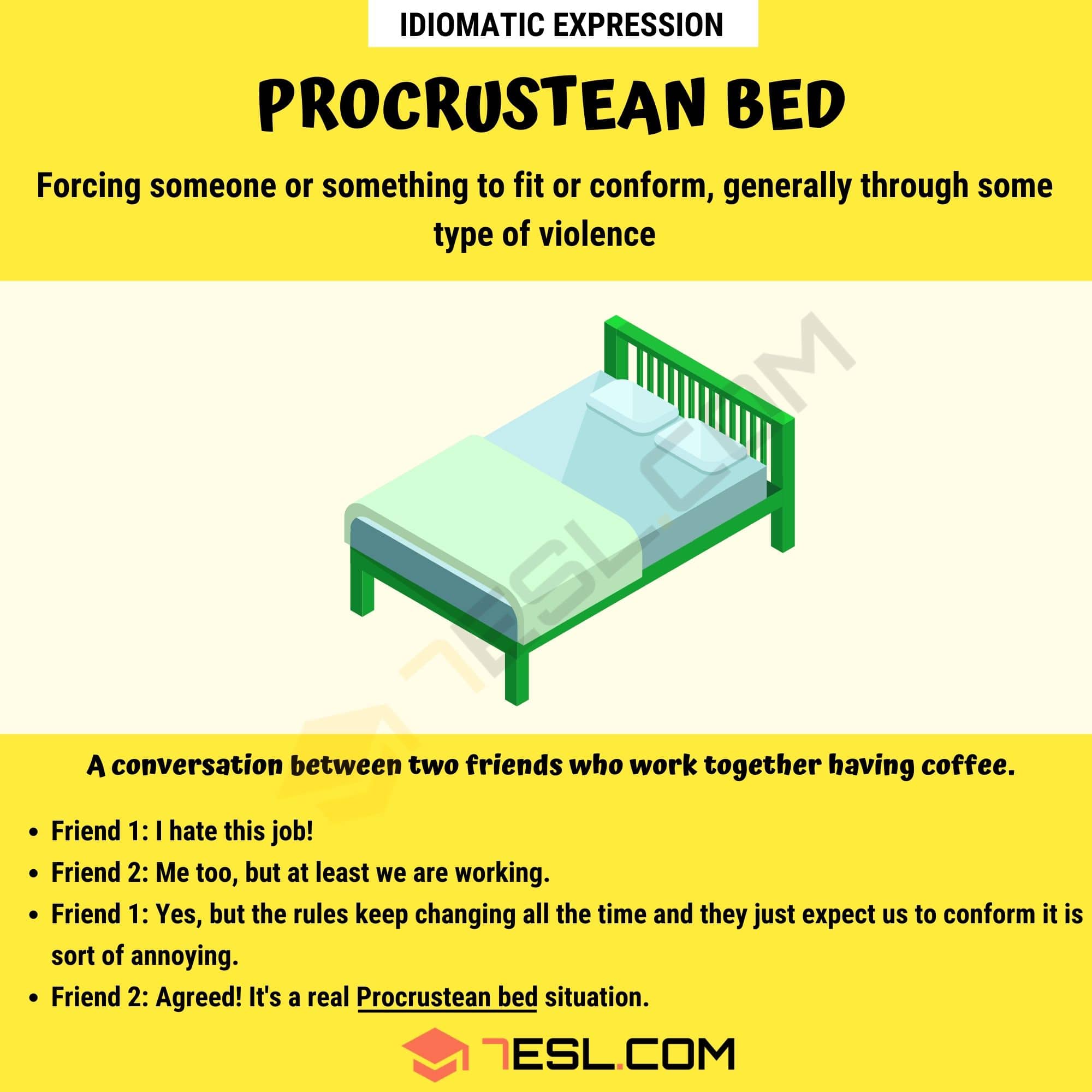