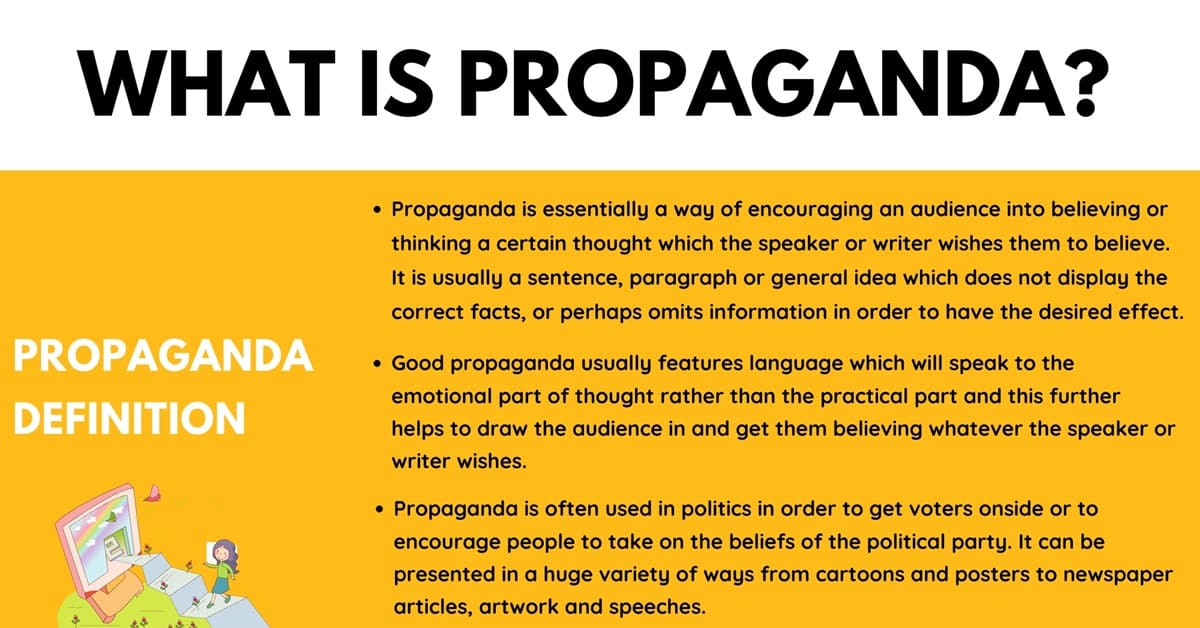 Propaganda is something that is used all the time, and we may not even notice it-but that is the idea. It may seem like a concept which is difficult to understand but once you have a grasp on what it is, it becomes much more simple.

In this article, we are going to take a look at the meaning of propaganda and how it is used in both spoken and written language. This will make it much more easy for you to understand and use in your own speaking and writing.

Propaganda is essentially a way of encouraging an audience into believing or thinking a certain thought which the speaker or writer wishes them to believe. It is usually a sentence, paragraph or general idea which does not display the correct facts, or perhaps omits information in order to have the desired effect.

Good propaganda usually features language which will speak to the emotional part of thought rather than the practical part and this further helps to draw the audience in and get them believing whatever the speaker or writer wishes.

Propaganda is often used in politics in order to get voters onside or to encourage people to take on the beliefs of the political party. It can be presented in a huge variety of ways from cartoons and posters to newspaper articles, artwork and speeches. In this modern day and age, propaganda is often shown through social media posts and online advertisements to reach the new generation.

Examples of Propaganda In Spoken Language

As we mentioned, propaganda can be used in a spoken sense, whether that is through a speech, a new report, a TV show or many other means. In this section, we are going to look at some examples of times where propaganda has been used in spoken language.

Examples of Propaganda In Written Language

As well as being used in a spoken form, propaganda can be used as a literary device in order to get the reader on board with an idea or concept. We are now going to explore some examples of when this has occurred.

Whilst propaganda now has quite a malicious reputation, it hasn’t always been that way, with its initial intention being more good than bad. However, with how it has been used in various situations it is now sometimes seen with caution.

It can be used in both spoken and written language in order to sway the listener or reader into a certain mindset, and as we have seen has been used in both ways greatly throughout history. 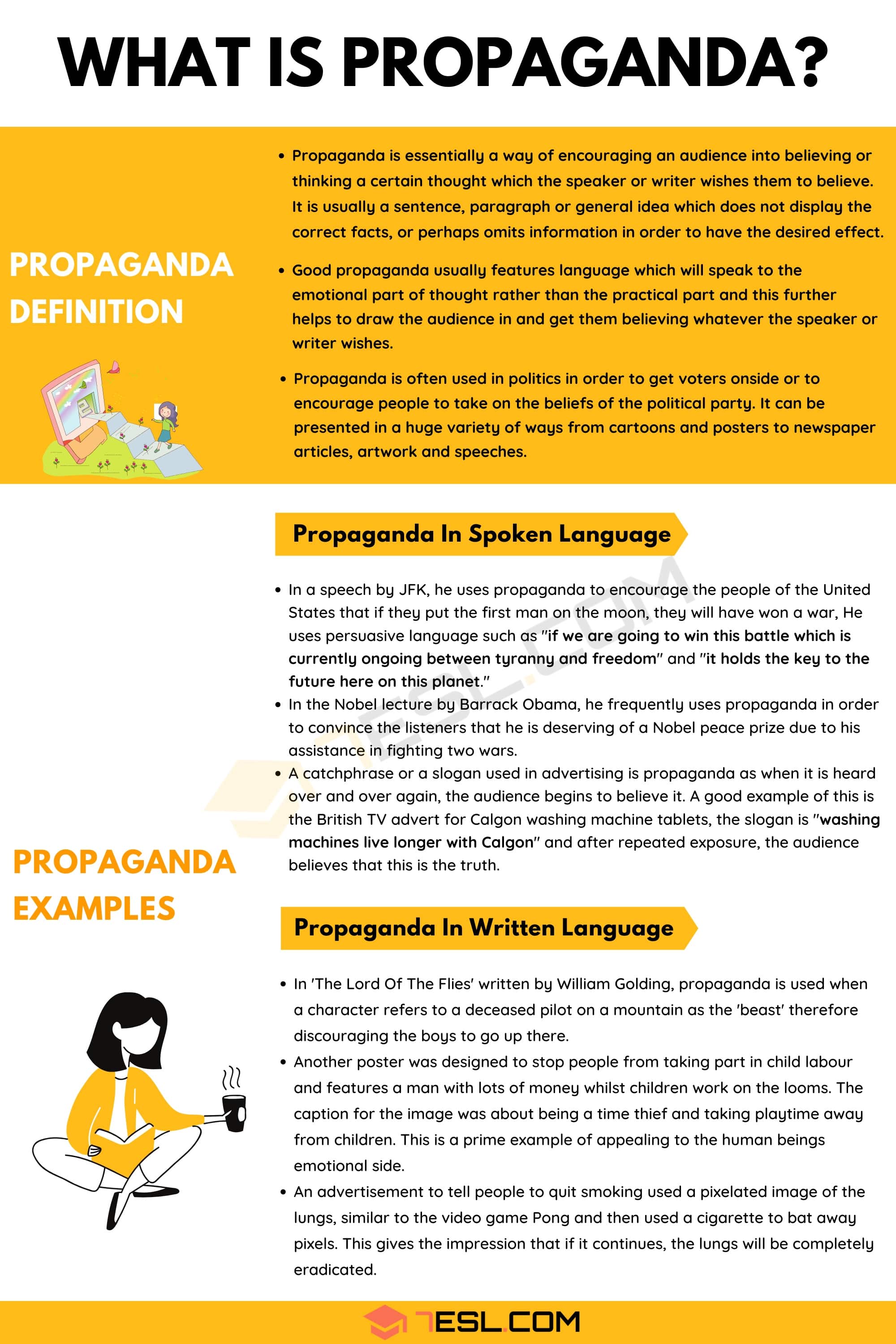