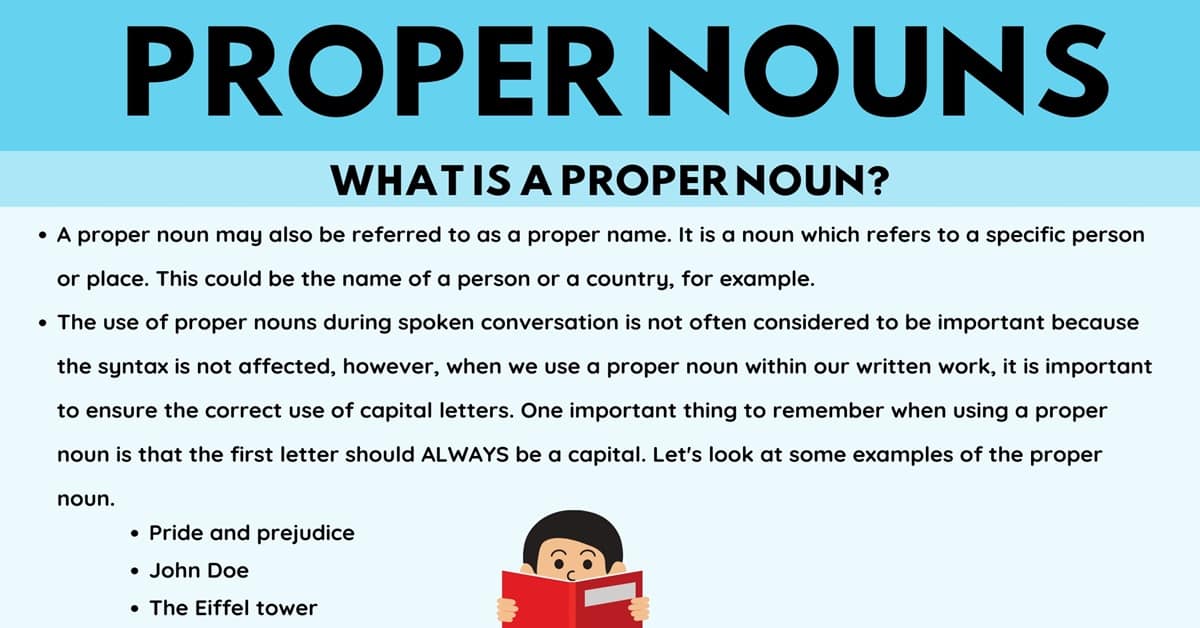 There are various types of nouns within the English language, and one such type is the proper noun. When using proper nouns it is important to follow the correct rules in order to make a sentence which has meaning, structure and above all, makes sense. In this article, we are going to be looking at what a proper noun is and how it can be used within a sentence. We will also be looking at some examples to further demonstrate their function.

What Is A Proper Noun?

A proper noun may also be referred to as a proper name. It is a noun which refers to a specific person or place. This could be the name of a person or a country, for example.

The use of proper nouns during spoken conversation is not often considered to be important because the syntax is not affected, however, when we use a proper noun within our written work, it is important to ensure the correct use of capital letters. One important thing to remember when using a proper noun is that the first letter should ALWAYS be a capital. Let’s look at some examples of the proper noun.

As you can see, all of these proper nouns refer to a specific thing rather than their common noun counterparts which would be a book, a man, a building or a place. By using a proper noun, you are able to give more information about the specific thing you are talking about.

Rules Of The Proper Noun

As with all areas of English grammar, there are certain rules which should be followed when using a proper noun. We are now going to take a look at these rules so that you can feel confident that your grammar will always be correct.

Despite the proper noun requiring a capital letter, there are, of course, exceptions to the rule. Let’s take the use of family relationships as a proper noun, for example, dad, mom grandma etc. These words can be nouns but can also be used as a proper noun when you are using them to refer to someone by name. For the latter, they should be capitalised. Let’s look at some examples.

The first example shows the word dad being used as a proper noun and so is capitalised, however in the second example, it is not.

The directions, as seen on a compass should only take a capital letter if they are being used as a place name. Here are some examples of this.

Things That Do And Don’t Need To Be Capitalised

The proper noun is something which gives us information on a specific item, place or person such as the title of a song or book, the name of a person or the name of a specific town or country.

There are certain rules which surround the use of the proper noun, most commonly how they use a capital letter at the beginning. These rules are simple to learn and apply to the use of proper nouns within your speech and written work. 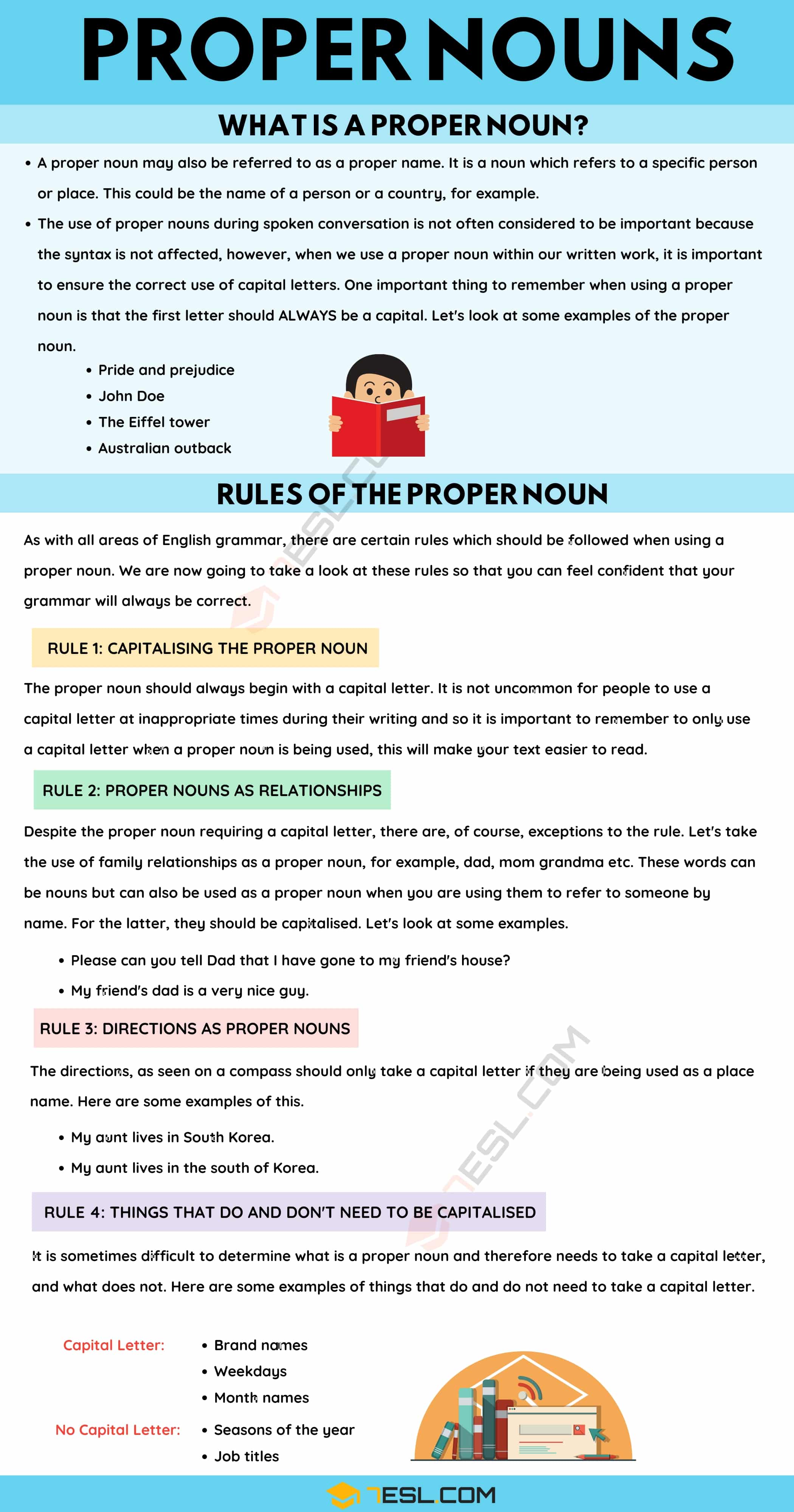 Hi how are you doing today

put it in a sentence