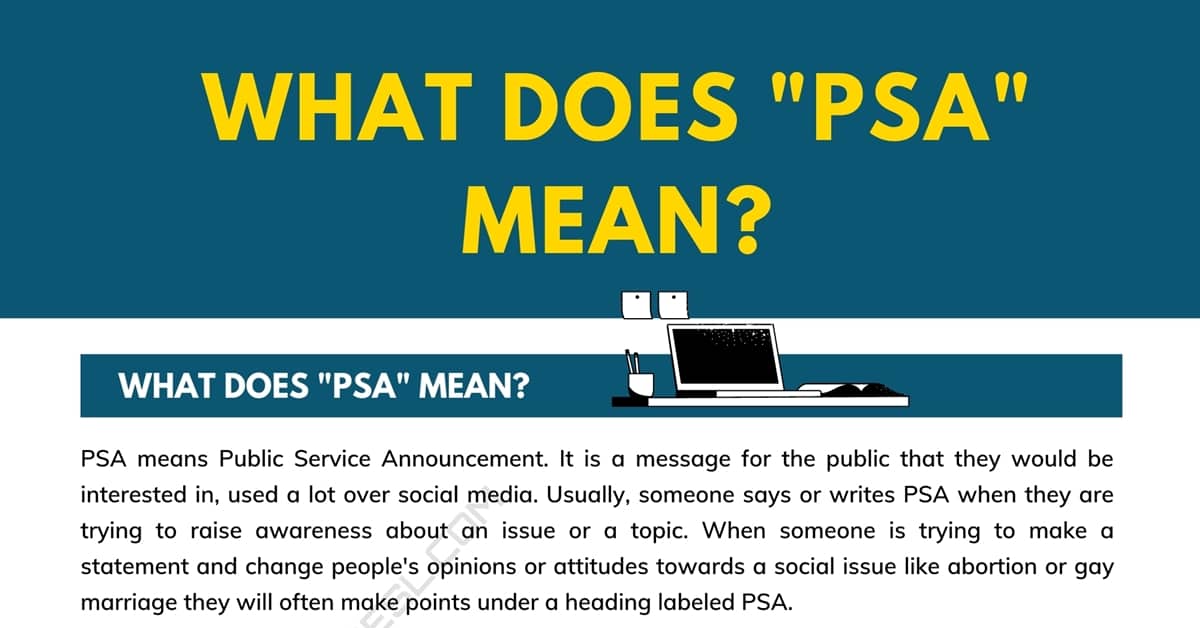 Do you know what PSA means? Acronyms are very common in the English language. An acronym is an abbreviation formed by a phrase that usually uses the first letter of each word in the phrase. For example, NASA, National Aeronautics and Space Administration, and in this case PSA, Public Service Announcement. Acronyms make communication easier and faster, that is the draw to using them.

What Does “PSA” Mean

PSA means Public Service Announcement. It is a message for the public that they would be interested in, used a lot over social media. Usually, someone says or writes PSA when they are trying to raise awareness about an issue or a topic. When someone is trying to make a statement and change people’s opinions or attitudes towards a social issue like abortion or gay marriage they will often make points under a heading labeled PSA.

The earliest Public Service Announcements were made before and during the Second World War. They were made in the USA and the UK and were originally called the War Advertising Council. They were created to persuade the audience into making a decision they were in favor of. it is more of a manipulation tactic than anything.

Apart from PSA, you can say API which means announcements in the public interest. You can also say announcement, broadcast, or campaign. All of these are words or phrases that generally have the same meaning.

Other Meanings of “PSA”

PSA has a lot of meanings. Apart from public service announcement it can also mean Prostate-specific antigen and personal self advice. Make sure you’re using it in the context you need.

When To Use “PSA”

You can use this acronym whenever you have a statement to make that you feel needs to be heard. Whether it be about a rally, a recent political statement, a special at the grocery store. People use it from one thing to another, about a discount for a trip or about black lives matter. It is all over the board and can be used to express a belief.

PSA examples for statements could be: don’t text and drive, disaster relief, donate to the red cross, etc. In conversations, we hear PSA’s daily on the radio stations we listen to and in commercials. There are a lot of PSA’s on sex and using condoms as opposed to staying abstinent. There are PSA’s about wearing a seatbelt all the time, about not drinking and driving. There are public service announcements about love having no labels and crime having no color. PSA’s are a part of everyday life and in everything you watch and read that the media wants to brainwash you into believing; both good and bad.

Other Words to Use Instead of “PSA”

As stated prior you could use:

PSA is a very prevalent term in today’s day in age. From seeing it on Instagram to Facebook to Tik Tok and everything in between it isn’t used lightly. Everyone thinks they have something very important to say and who knows, maybe they do! Have your eyes open and your ears listening so you can make some of your own public service announcements. 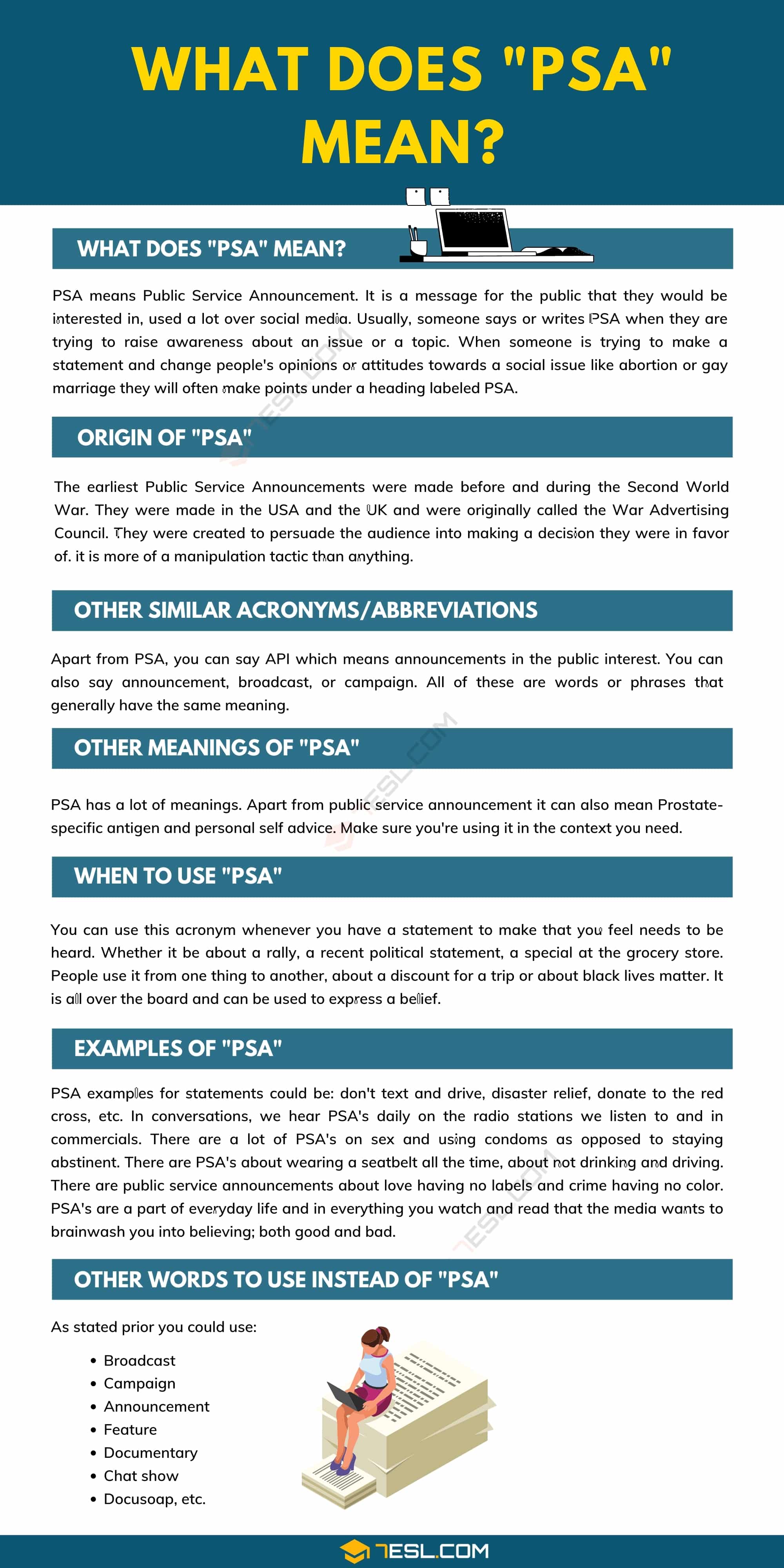