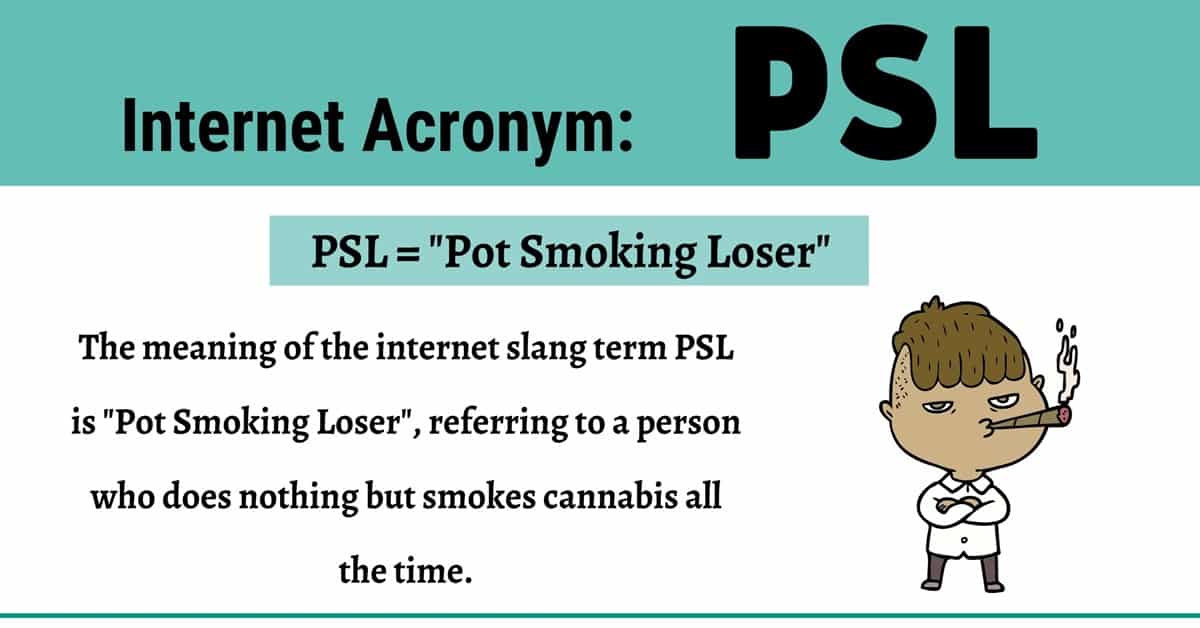 The internet slang term PSL can be seen many times when browsing online but what does this term mean and where did it originate from? We are going to look at the answers to both of these questions as well as taking a look at some conversations which feature the term, this will help us better understand how the slang term can be used.

What Does PSL Mean?

The meaning of the internet slang term PSL is “Pot Smoking Loser”, referring to a person who does nothing but smokes cannabis all the time.

The term PSL is an acronym of the full phrase Pot Smoking Loser.

Other Meanings of PSL

There are quite a few meanings for the term PSL, let’s take a look at some examples of other things it can mean.

The first conversation is taking place between two friends arranging a coffee date and PSL refers to a “pumpkin spice latte”.

The next conversation is happening between two people talking about a holiday, the term PSL refers to “Port Lucie Florida”.

The last conversation is between two friends on an instant messenger where the meaning of PSL refers to “Pot-smoking Loser”.

There are other ways in which you might say the term PSL, here are some examples of other things you can say which means the same thing. 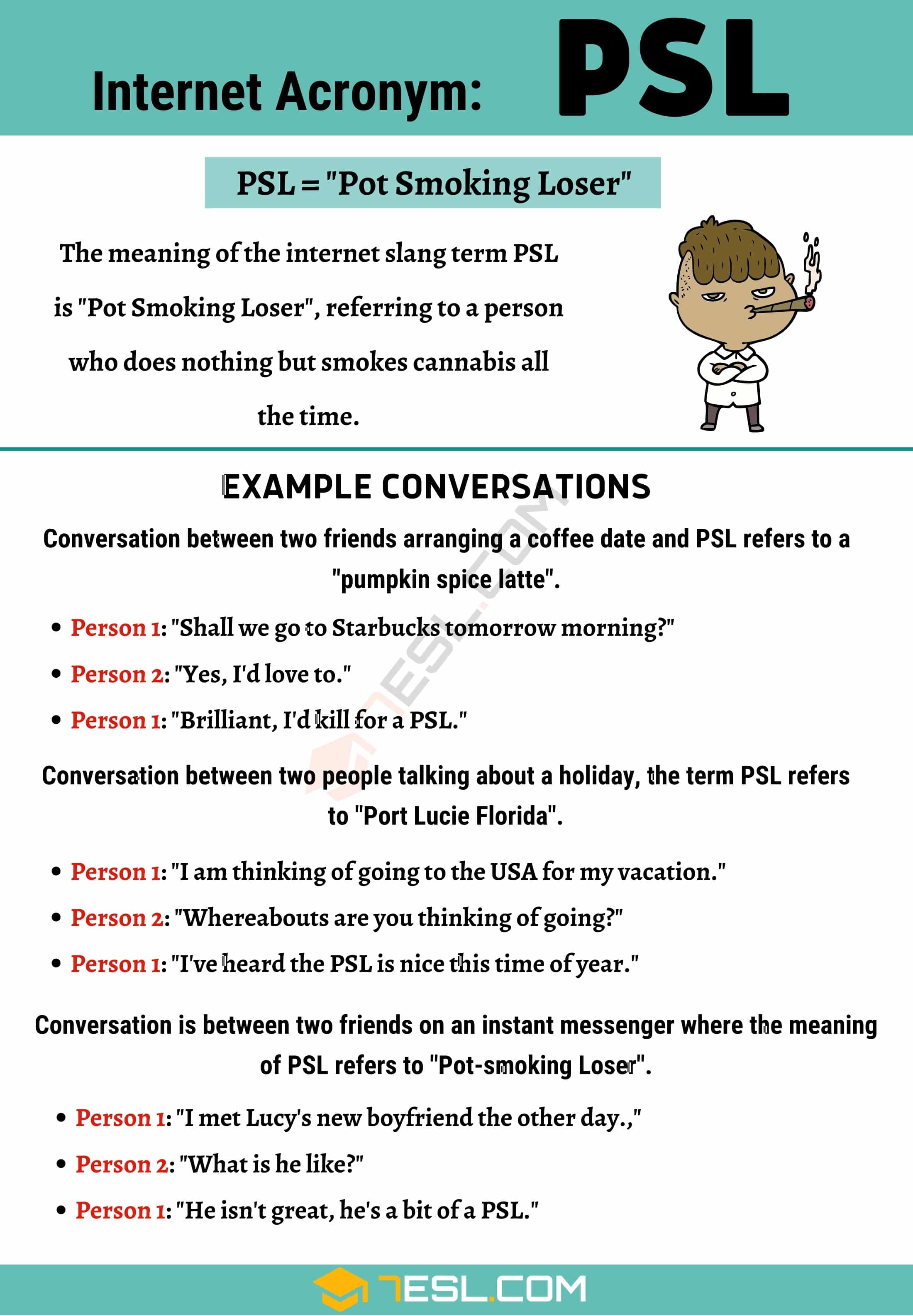 This is very informative !! Thank you so much.