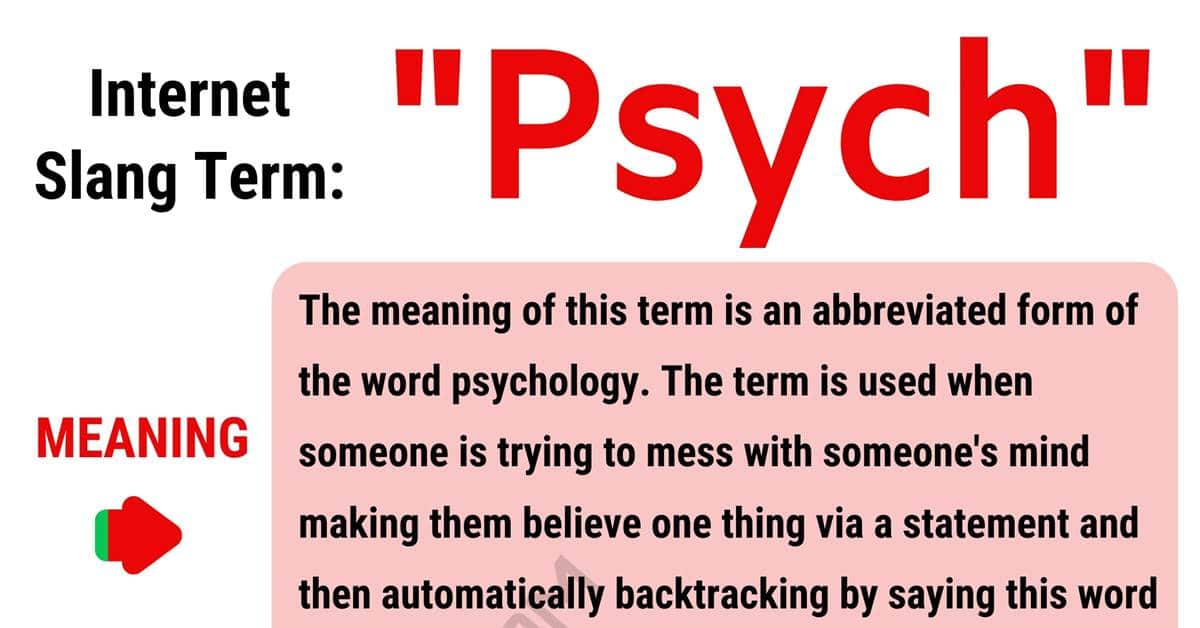 “Psych” was a term that was heard a lot in the late 80s and early 90s, but is not heard so much anymore. However, if you are here then it means you have heard or seen this word being used so perhaps it is making a comeback and you are seeking to understand it.

Fortunately, you have come to the right place. Here you will find the meaning of this slang term, information about its origin, and some other meaning if there are any. You will also see the word being used in proper context in some example conversations to help you better understand its meaning and how it is used. Lastly, you will find some alternative words or phrases that you can use in place of the term without changing the meaning of the word.

What Does “Psych” Mean?

The meaning of this term is an abbreviated form of the word psychology. The term is used when someone is trying to mess with someone’s mind making them believe one thing via a statement and then automatically backtracking by saying this word and then saying something opposite.

The term originated in the 1960s. Originally the term was “psyched out” but was shortened to this term over time and usage. The original term meant to unnerve someone and make them believe one thing before directly stating the exact opposite. Although the phrase was shortened to this singular term, the term maintained the same meaning.

There are only two other meanings listed for this term on the internet. The first is the title of a television show which aired on the USA Network. The second meaning is a term used as an abbreviated word to refer to the medical field of psychology.

Other ways to say “Psych”

There are several synonyms that you could use in place of this term to convey the same thought without changing its meaning. Some of the other words you could use include:

What Does “Psych” Mean? | Infographic 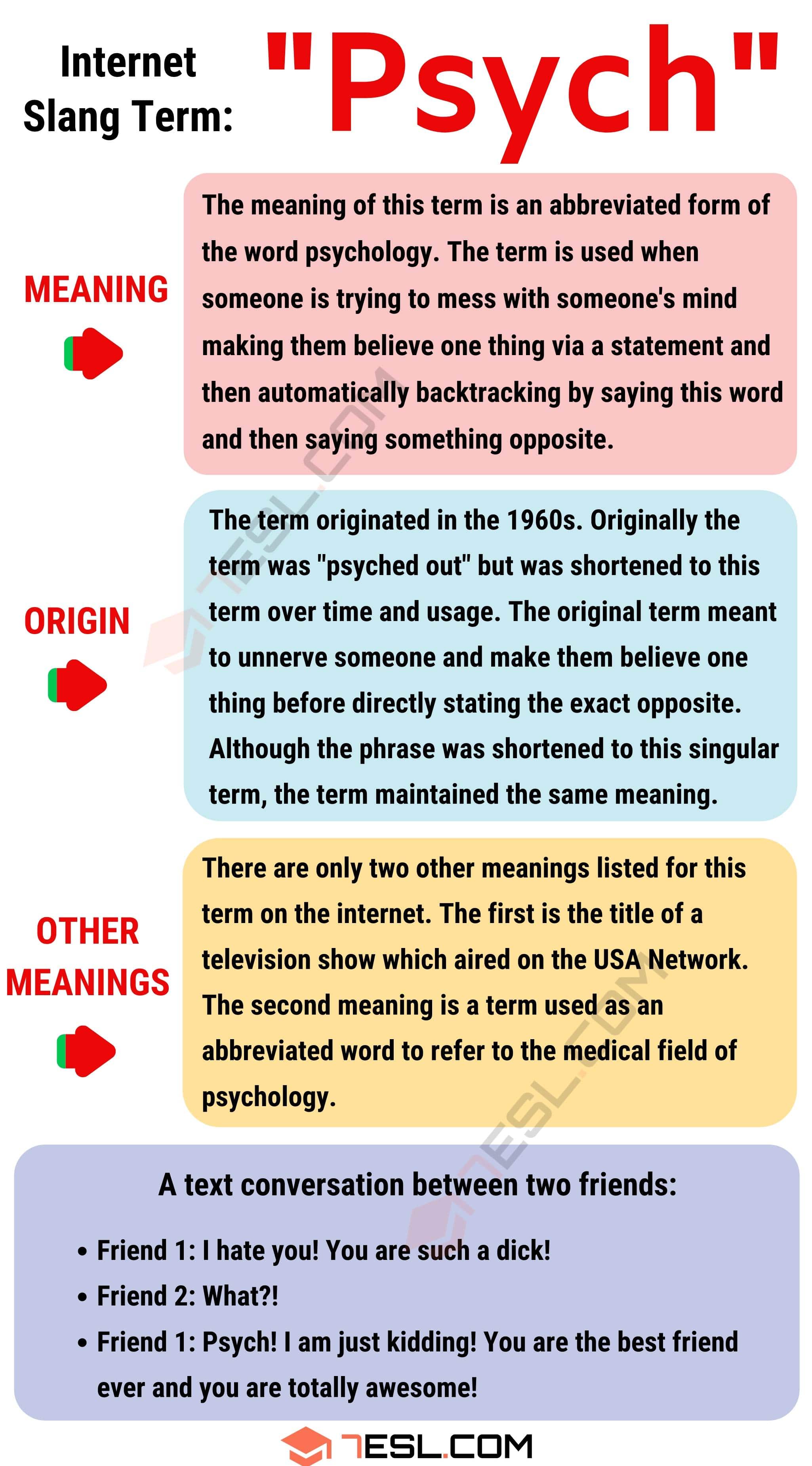