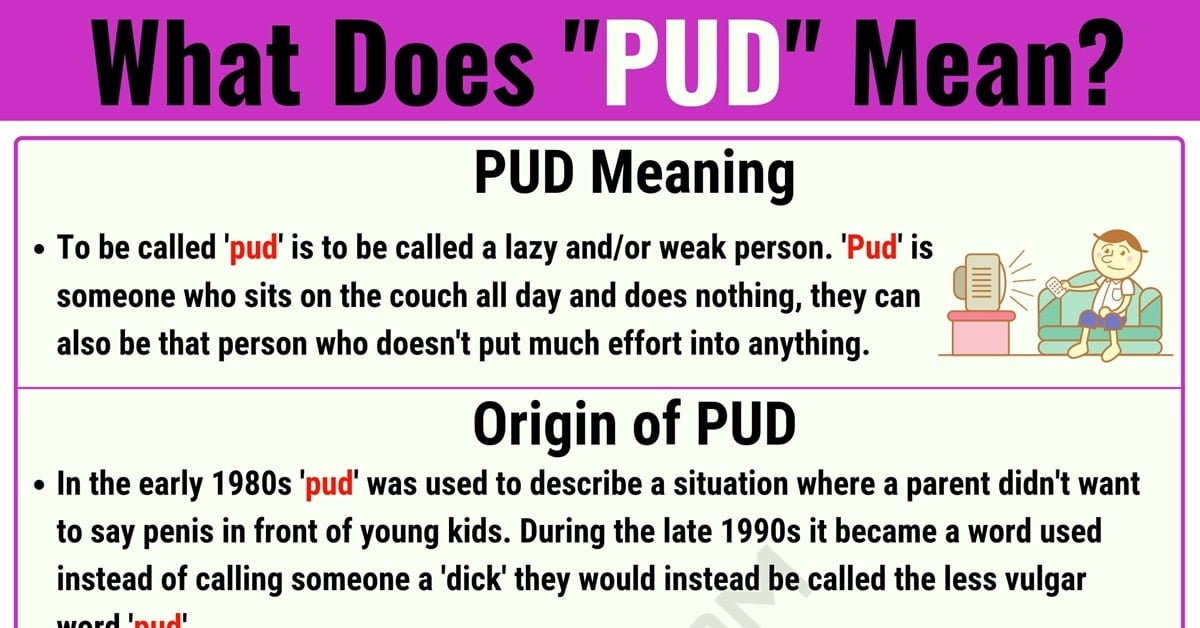 What does Pud mean? Find out the definition and the usage of this internet slang term with helpful texting conversation examples and ESL picture.

What Does Pud  Mean?

To be called ‘pud’ is to be called a lazy and/or weak person. ‘Pud’ is someone who sits on the couch all day and does nothing, they can also be that person who doesn’t put much effort into anything.

In the early 1980s ‘pud’ was used to describe a situation where a parent didn’t want to say penis in front of young kids. During the late 1990s it became a word used instead of calling someone a ‘dic*’ they would instead be called the less vulgar word ‘pud’.

Ways you would see this online slang word being used.

Here you have two younger teens talking about a man who is roughly 40 and they are making fun of him, calling him old and a ‘pud’ because he didn’t work out at their pace.

A girl yelling at a guy who has done nothing but sit on his butt and be lazy all day. The way she uses ‘pud’ in this situation is to call him a weak and lazy individual.

Here you have boys calling each other weak and trying to prove they are stronger than each other. 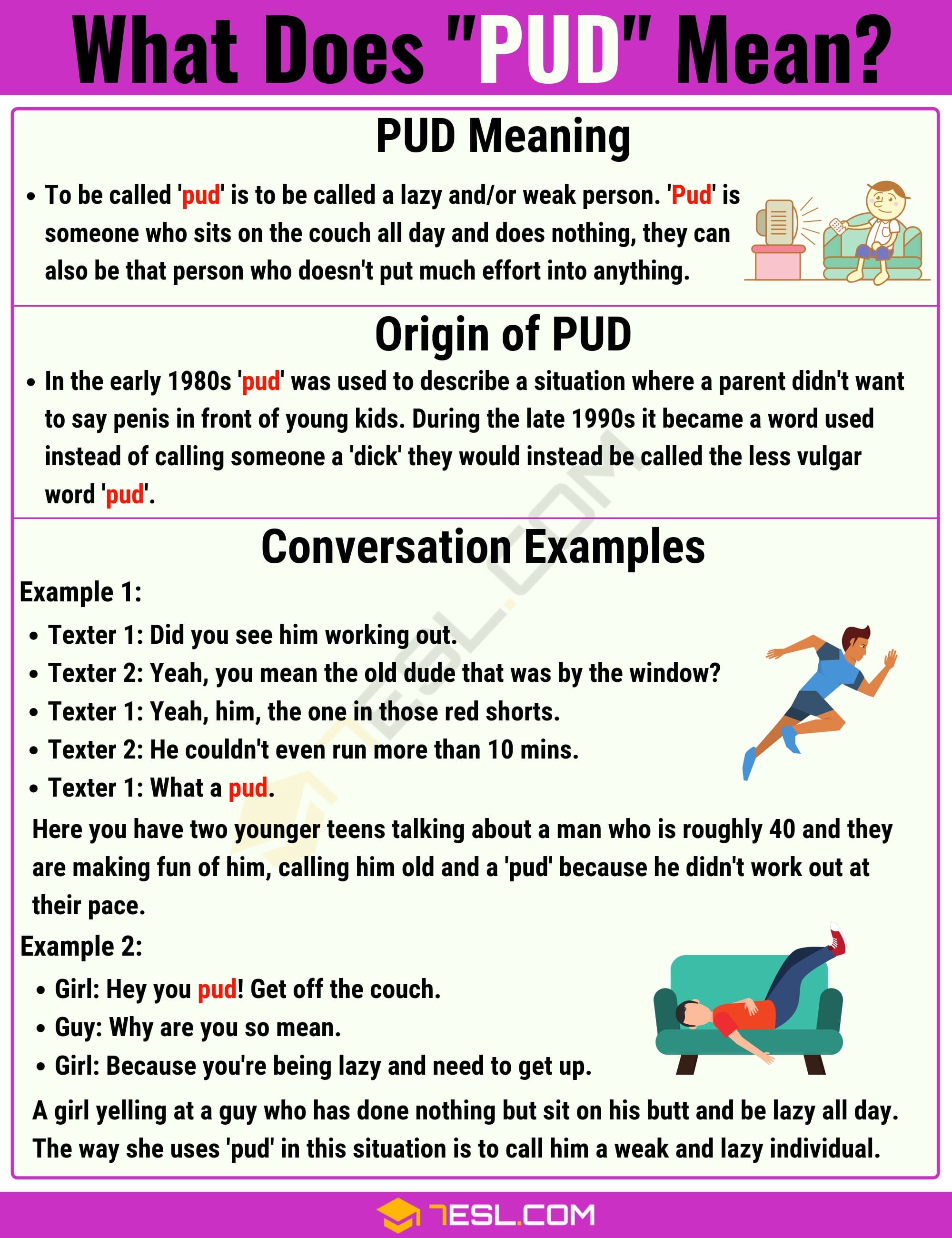