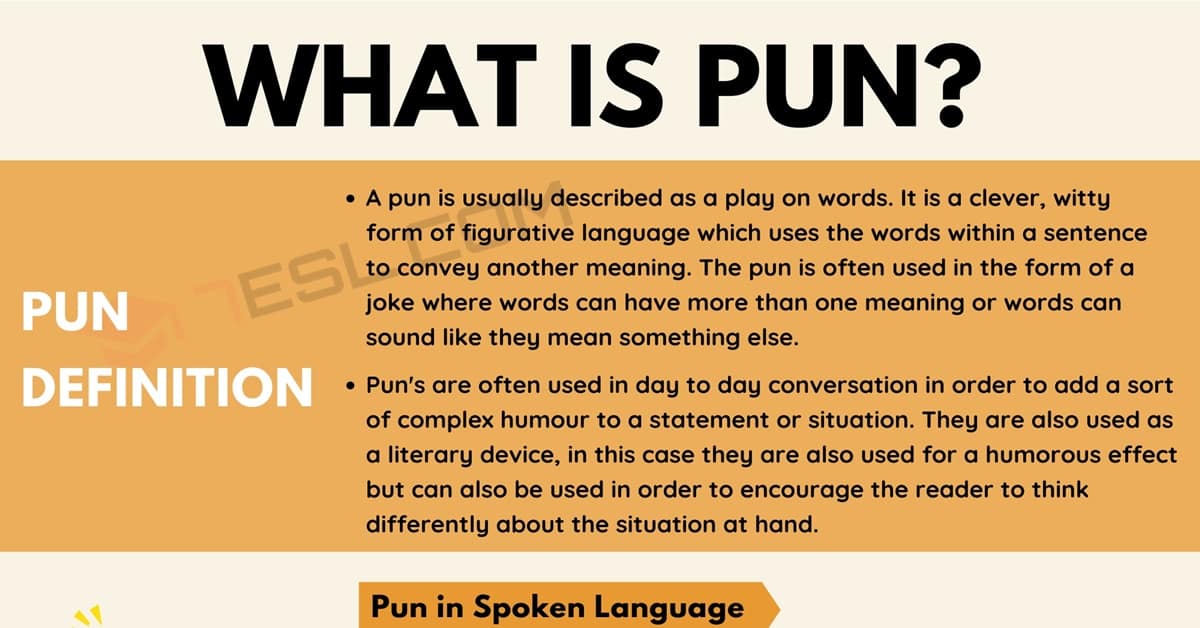 When listening to an English conversation, you are very likely to come across the use of a pun at one time or another. This is also the case with written text in the English language. The pun is a common form of figure of speech, but what is it used for and how can it be integrated into our daily conversations? In this article, we will be looking at what a pun is and how it is used as well as looking at some examples of puns in everyday speech and within literature.

A pun is usually described as a play on words. It is a clever, witty form of figurative language which uses the words within a sentence to convey another meaning. The pun is often used in the form of a joke where words can have more than one meaning or words can sound like they mean something else.

Pun’s are often used in day to day conversation in order to add a sort of complex humour to a statement or situation. They are also used as a literary device, in this case they are also used for a humorous effect but can also be used in order to encourage the reader to think differently about the situation at hand.

Examples of Pun in Spoken Language

The pun is something which can be heard often within day to day conversation in the English language. We are now going to take a look at some examples of common puns which are likely to be heard in a spoken context.

Examples of Pun as A Literary Device

As we mentioned previously, the pun is often used within literature in order to add humour or a new way of thinking for the reader. We are now going to take a look at some examples of when puns have been used in a literary sense.

By looking deeper into the meaning of pun and how it can be used, we have discovered that a pun is a play on words in which the words within a statement are used for humorous effect. This type of figure of speech can be used in both a spoken conversation and within written works such as poetry, fiction and scripts. When a pun is used in literature it can often encourage the reader to think about the sentence in a new light. 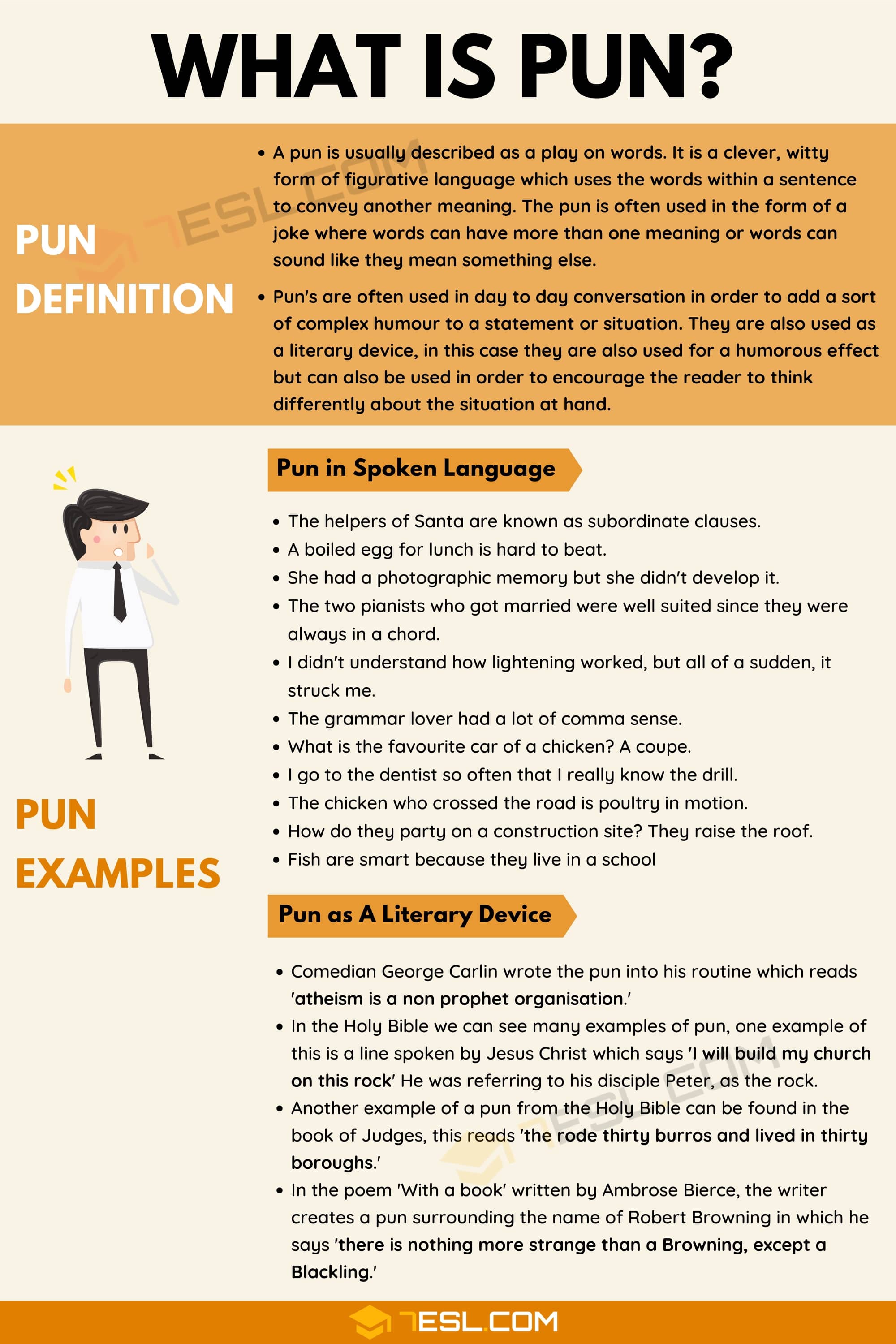