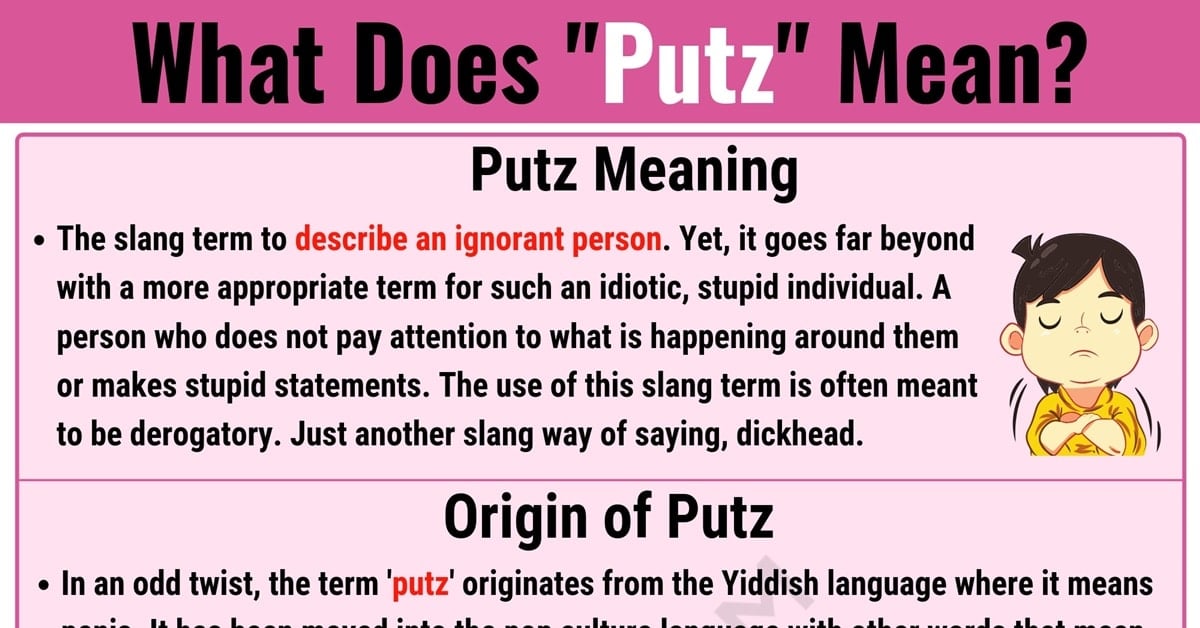 What does Putz mean? In this lesson, you will learn the definition and how to use this internet slang word with ESL infographic and useful conversation examples in English.

What Does Putz Mean?

The slang term to describe an ignorant person. Yet, it goes far beyond with a more appropriate term for such an idiotic, stupid individual. A person who does not pay attention to what is happening around them or makes stupid statements. The use of this slang term is often meant to be derogatory. Just another slang way of saying, dickhead.

In an odd twist, the term ‘putz’ originates from the Yiddish language where it means penis. It has been moved into the pop culture language with other words that mean dick and has seen an increase in use with the world of Social Media.

All the ways you will find this online slang term being used.

When a guy is trying to play basketball and another just keeps skateboarding around him causing him to mess up will result in him being called a ‘putz’.

Here you have a typical girl fight where when one girl doesn’t like one and considers them to be a piece of crap. Their best friend is supposed to agree and hate them as well. When this doesn’t happen the girl will instantly hate the friend who didn’t side with her. 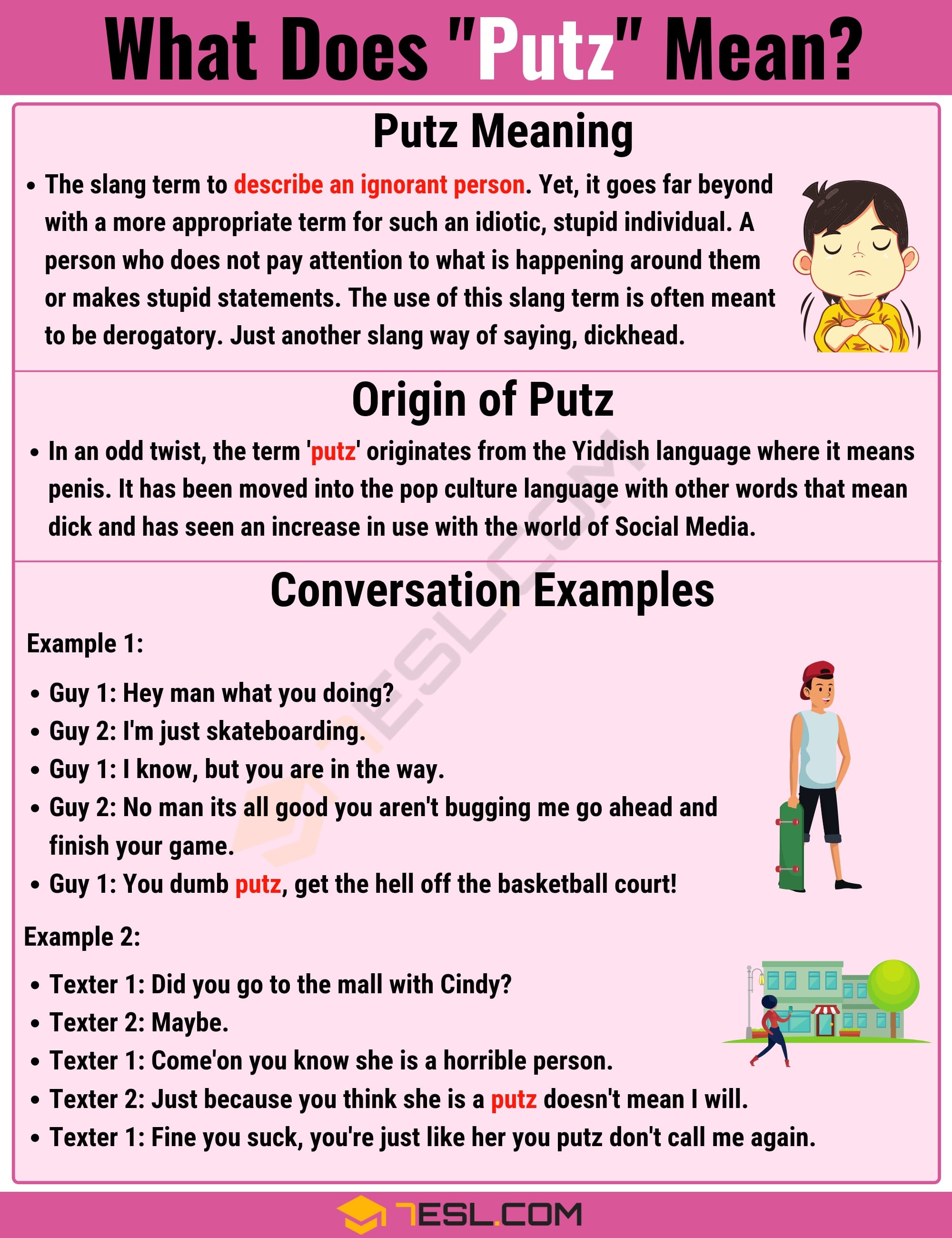