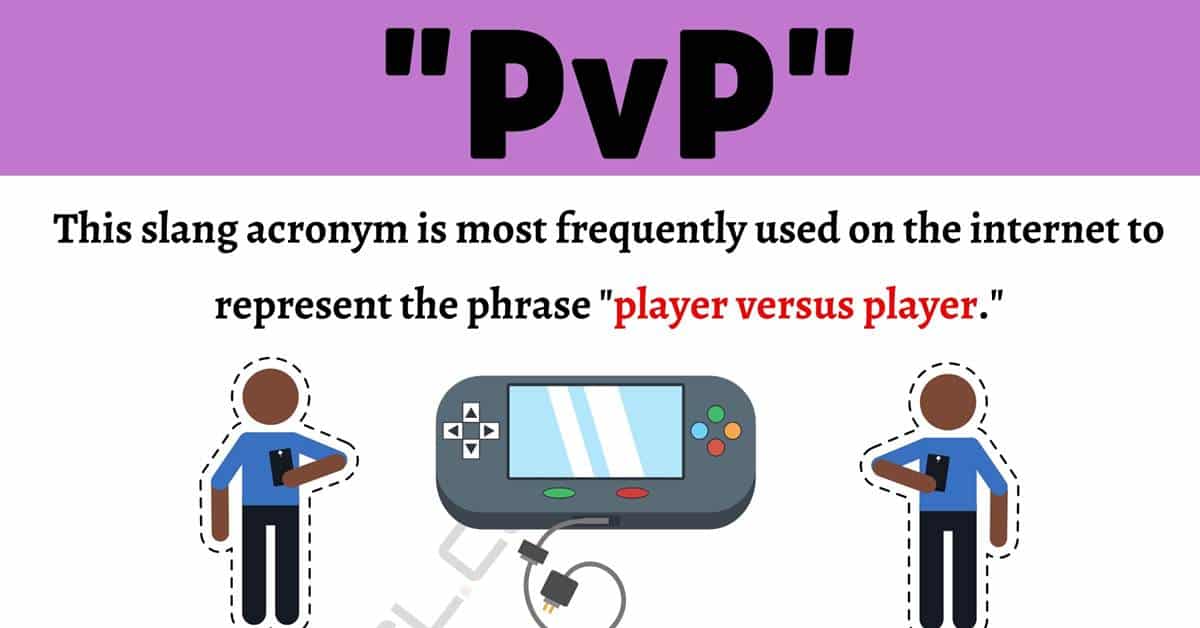 The slang term “PvP” is an acronym that gamers will be most familiar with. If you are not aware of the meaning of this term and have recently encountered it, then you have come to the right place. Below you will find the meaning of this term, some specific details regarding its origin, and some alternative meanings. Some example conversations are supplied for you here also, so you can see how the term is used correctly in a conversation and to help you further understand the meanings from seeing it used in context. Finally, you will find some synonyms that can be used as a replacement for this term without morphing its meaning.

What Does PvP Mean?

This slang acronym is most frequently used on the internet to represent the phrase “player versus player.”

It is a video game term that is used to define situations where players play or battle against other players rather than playing against characters controlled by the computer or the game itself.

This term was first used in the 1980s where it was an involved form of combat in text-based games online. All through the 80s, games continued to evolved into other forms such as MMORPGs where players engaged in actual depicted contact with one another rather than simply through text. Today, many games have developed into these types of games as well as having players engage in combat with computer controlled characters as well.

This acronym has a number of other meanings, as if the case with most acronyms. This acronym can also represent technical phrases, official titles, and other things in more specific scenarios. There are too many to list every option here, but a small handful of examples includes “Packet Video Protocol,” “Personal Video Player,” “Portal Venous Phase,” “Potentially Violent Person,” and “Planned Value Profile.”

An online conversation between two players on a gaming forum.

There are some other phrases that you can use to replace the phrase that this acronym stands for without changing its meaning. Some other ways you could say the same thing include: 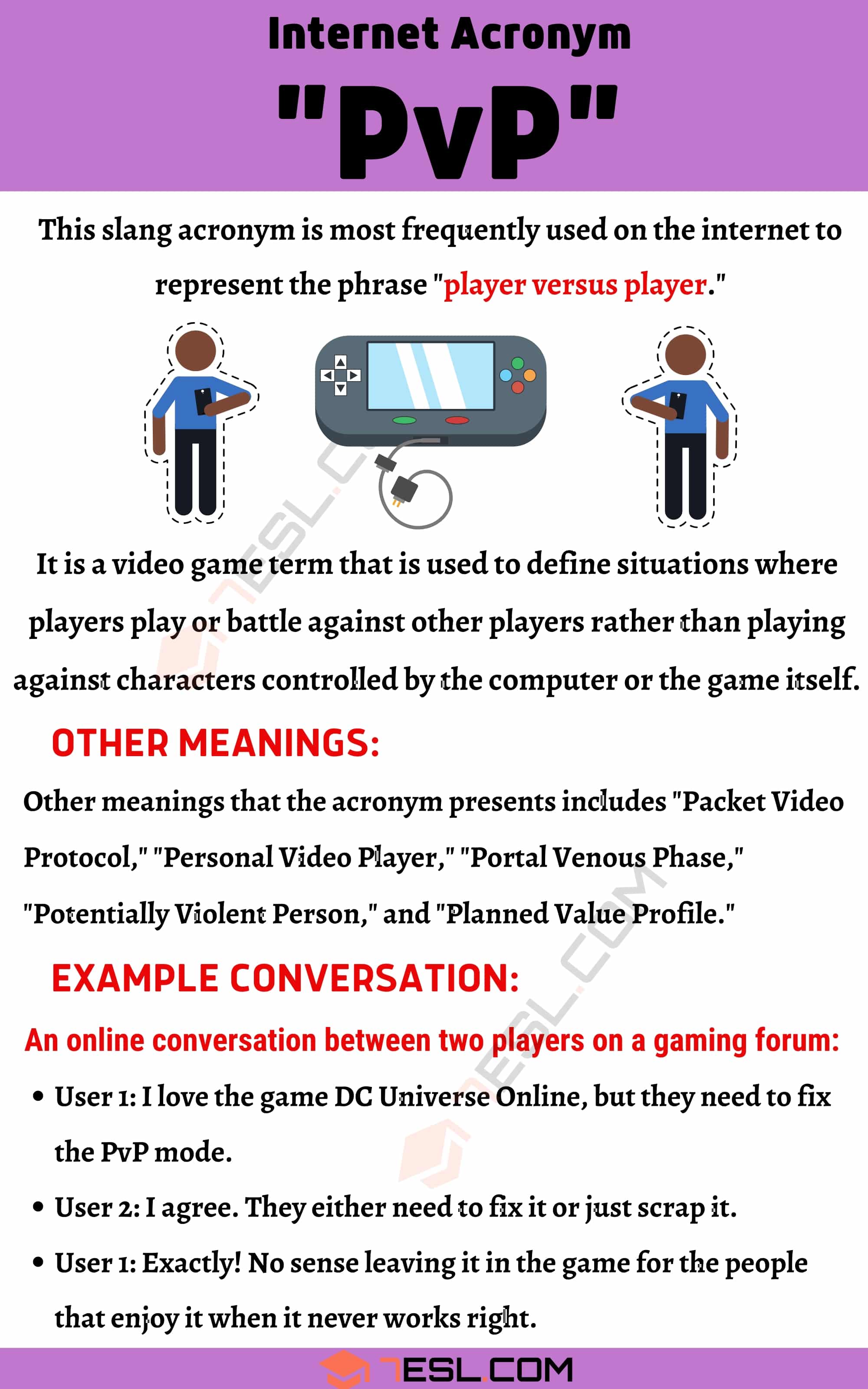