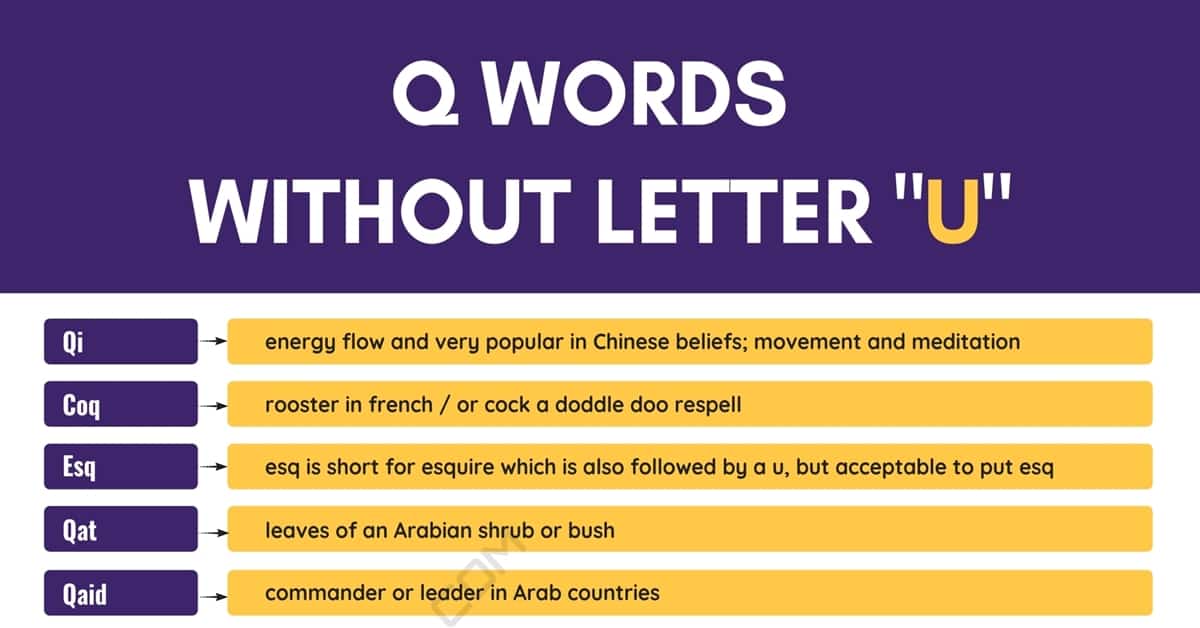 Are you searching for a list of q words without u? There are only so many words in the English language with a “u” not following a q. From “quiet” to “quit” to “quilt”, the “u” after q is very common and in prominent and commonly used English words. There are not many words acceptable or in dictionaries in English that have a q without a “u”. Below you will learn some of the more common words and their meaning, but they range from being used in dominant Arab countries to abbreviations. Chances are you cannot come up with more than 2 or 3 words with a “q” and no “u” anywhere in the world. Time to learn! Get out your pens and paper; take notes.

Q Words without U

List of 35 q words without U with their meanings.

Most q words without a U are either of the middle eastern origin or part of a word that can be abbreviated or shortened. There are not many English based words, as most are Islamic or related to Islam. There are many different types of rulers, money, meanings, and ways of living in the middle east and a lot of these words are closely related, however, they also have their own definitions. In addition, there is a multitude of abbreviations like “seq.” short for “sequence” and “esq.” short for “esquire” that have become popular and acceptable in the English language. Q words are rare and complex to both say and spell properly, however, they exist. You can use these words to impress your diverse and cultured friends or throw them in on an essay for school or work. There are few and far between q without u words in the English language.

Q Words without U | Infographic 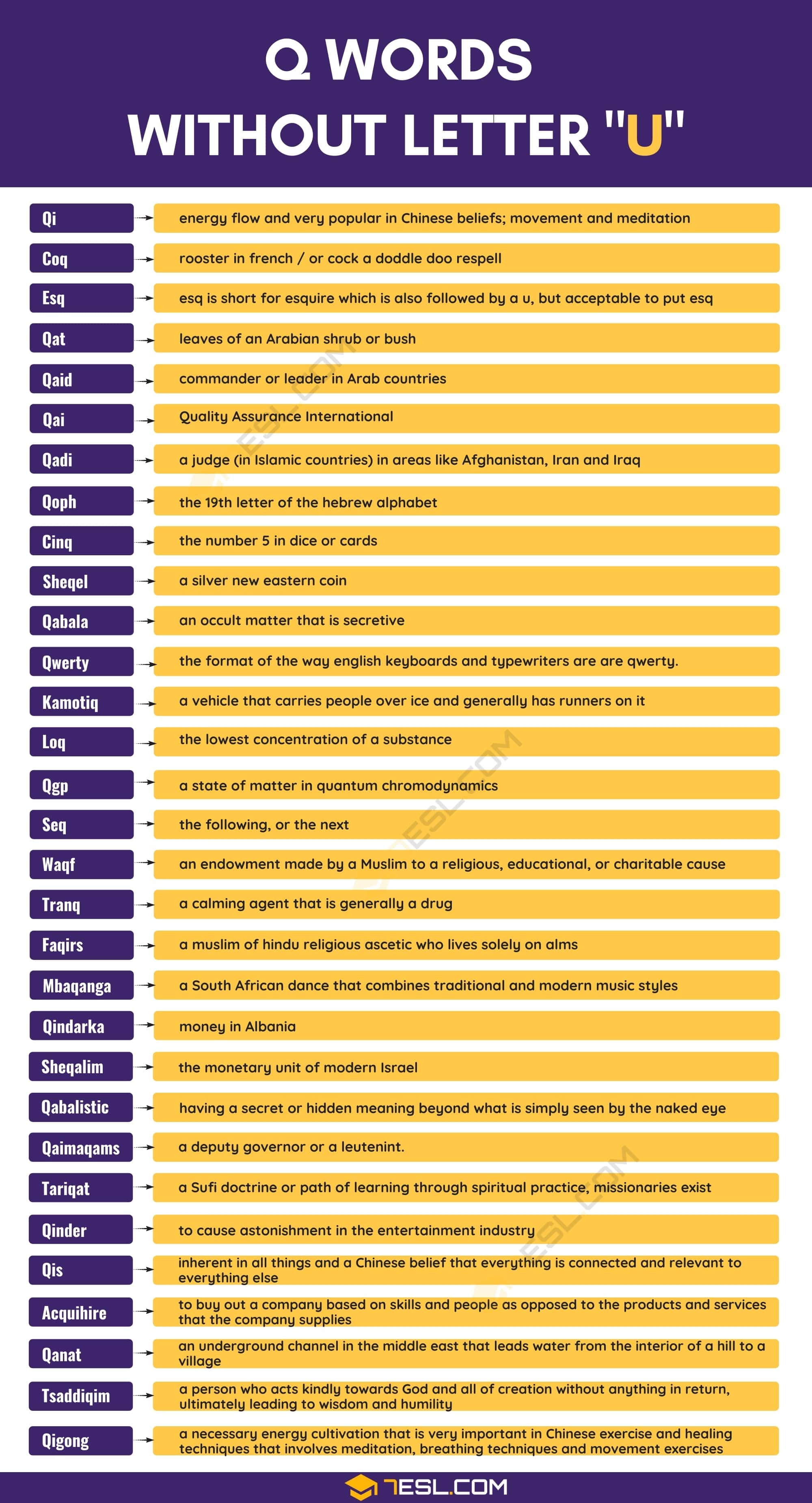 Ah Qabal. A basic secret society then? I want in. Gotta be better than Qanon.
Oh wait these are Words without U in them. So close