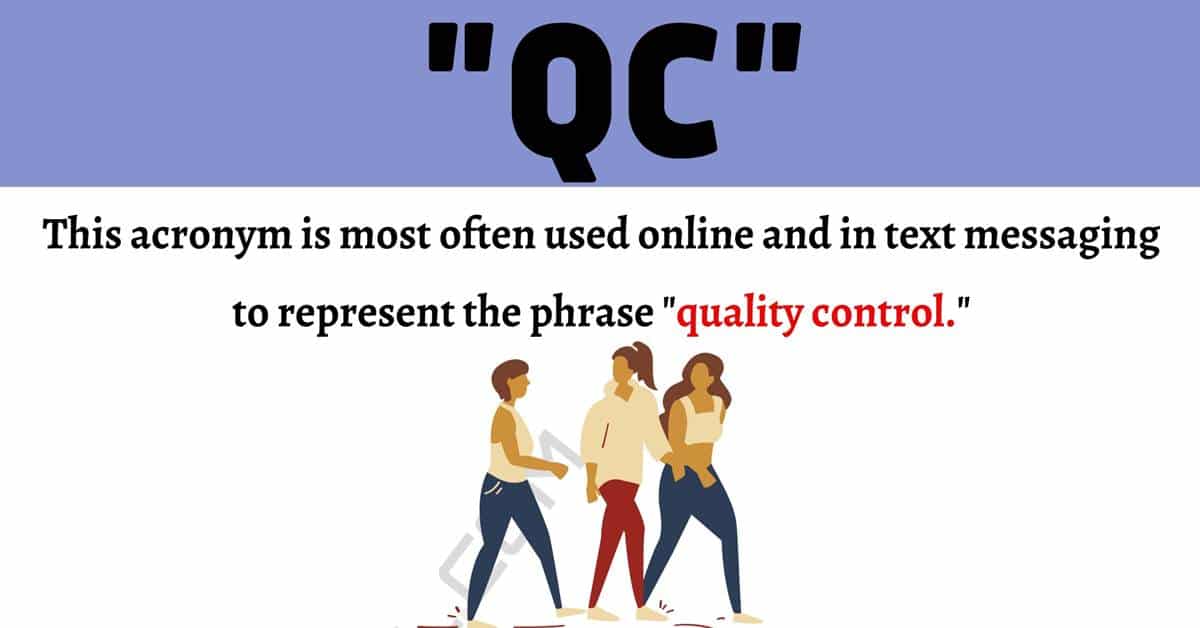 If you are not familiar with the terms of manufacturing, then you may have never heard of the popular acronym “QC” before. If you have encountered this term recently used online, in a text message, or in face-to-face conversation and were wondering what its meaning could possibly be, then your search has bought you to the right place. Here you will find everything you need to know about the term including its meaning, details of its origin, and some other meanings for this acronym. Some example conversations have also been provided for you to see how the term is properly used in context. Finally, you will see some words or phrases that you can use in place of this particular acronym and the phrase it represents that mean something similar.

What Does QC Mean?

This acronym is most often used online and in text messaging to represent the phrase “quality control.” This term is used to define the process where the quality of something that has been produced is tested against the expected results to determine if it meets standards.

Although the technical term of “quality control” did not exist until the revolution of the manufacturing industry, the process existed long before. Elements of what we know today were used as far back as the Middle Ages when blacksmith apprentices made things that were tested to see if they held up to their expected performance standards.

As is the case with most acronyms, this one is no different in the respect that it can represent many other things as well, most being official titles of cities, companies, and processes that are used in a much more technical context. While this is not an all-inclusive list because there are simply too many options to list all of them here, some other things that this acronym can be used to represent are “Quantum Computer,” “Quality Checked,” “Quality Cost,” “Quite Close,” and “Quad Cities.”

There are some other words that you can use to replace this abbreviation without changing its meaning. Some other phrases you could use instead include: 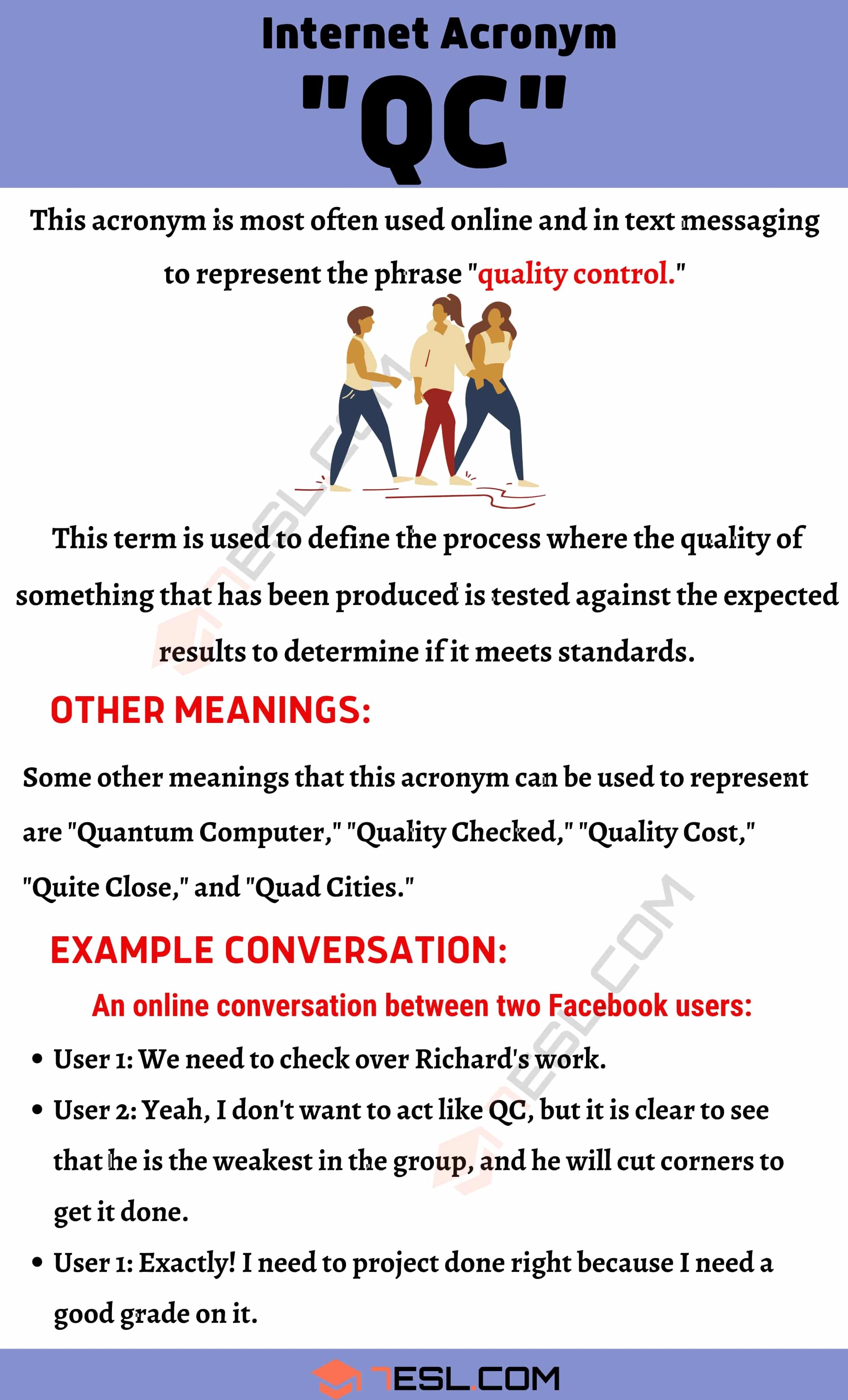