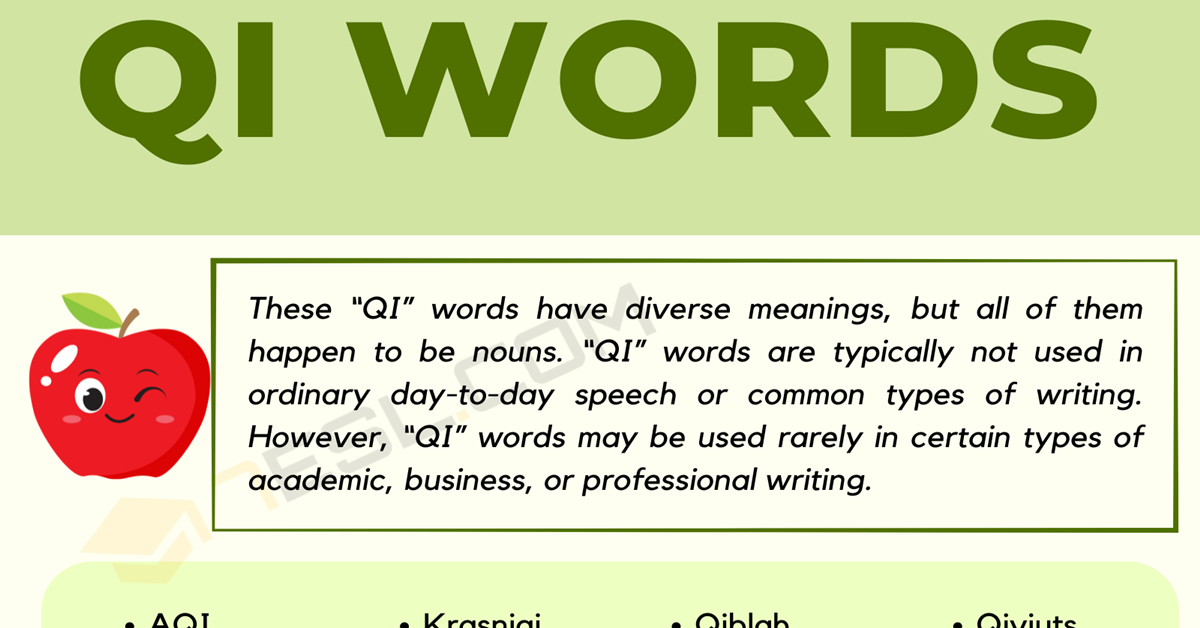 List of QI words in English! Although words with the letter “QUI” are much more common, there are several words in the English language which begin or end with the letters “QI” (QI words). Most people are unaware that q can be used in English without being followed by the letter U.

These “QI” words have diverse meanings, but all of them happen to be nouns. “QI” words are typically not used in ordinary day-to-day speech or common types of writing. However, “QI” words may be used rarely in certain types of academic, business, or professional writing.

Furthermore, “QI” words can be very handy when playing Scrabble, Wordle, Words with Friends, and other similar games. Anyone who has played Scrabble, for example, knows the frustration of being stuck with the letter Q but no U, especially late in the game. This list could certainly prove to be a lifesaver in that instance!

Learning about these more obscure English words can be interesting, particularly for those who tend to be “word nerds”! The shortlist below covers words that begin with “QI” from a variety of sources. These words are unfamiliar in everyday language so it can be engaging to learn more about them and to discover how they might be used in speaking and writing.

Hopefully, the list will prove to be of interest, especially to those who would like to expand their written and/or verbal vocabularies.

QI Words with Their Definitions

Compiling this list of words that begin with “QI” has been informative. It has also been a fun pursuit. I hope that readers will find this short list of “QI” vocabulary words to be engaging and useful. This unusual collection of words might even prompt you to expand your spoken and written vocabulary.

Maybe it will prove to be handy when speaking or writing for business or professional purposes. Who knows? You might impress the demanding boss who combs over your work excessively or the English professor who is fastidious about critiquing your speeches or reports.

You may want to expand to the other letters of the alphabet and use your thesaurus to find many more impressive words. Your friends might be surprised with your latest word game scores. Maybe you’ll even win your next game of Scrabble by a landslide! 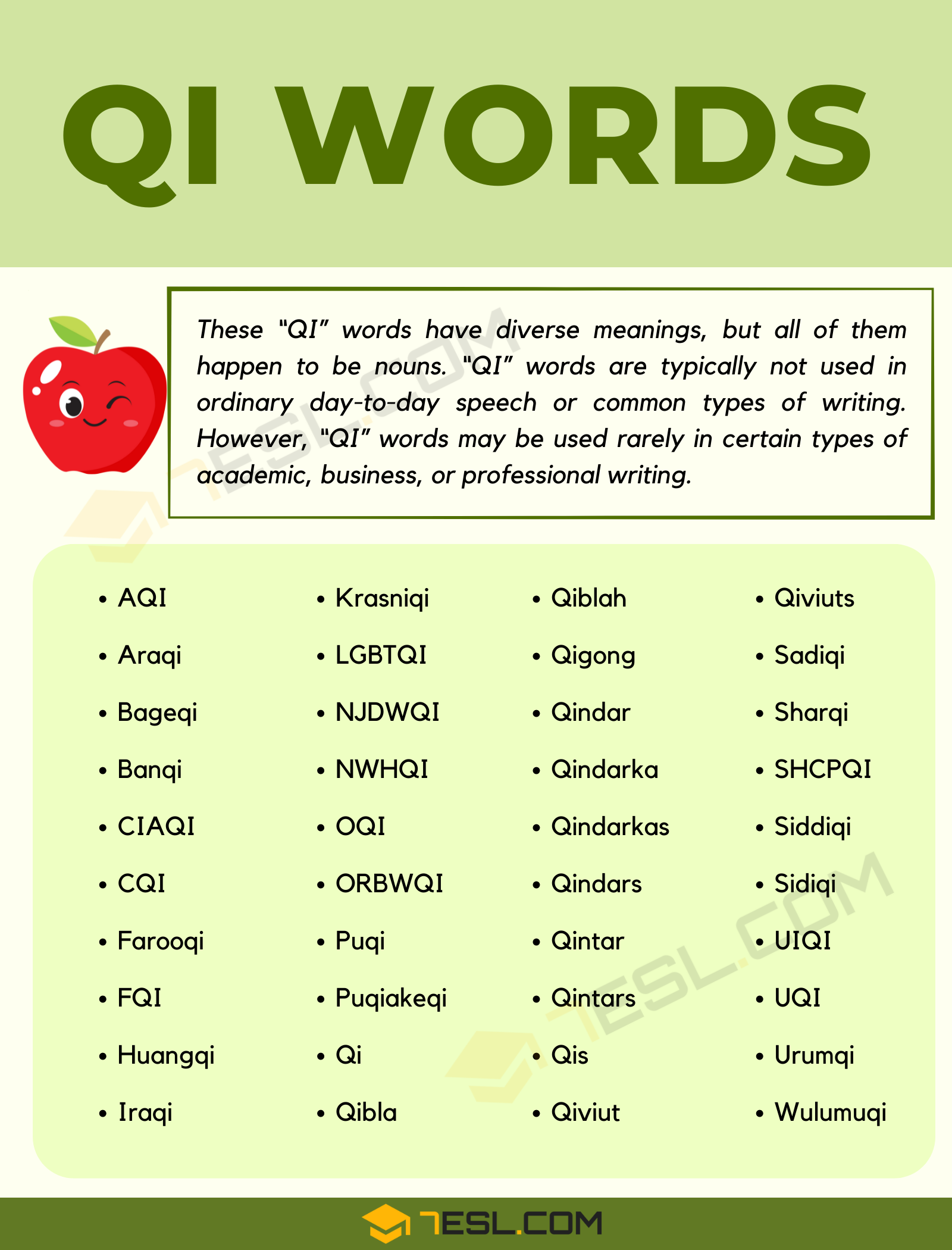