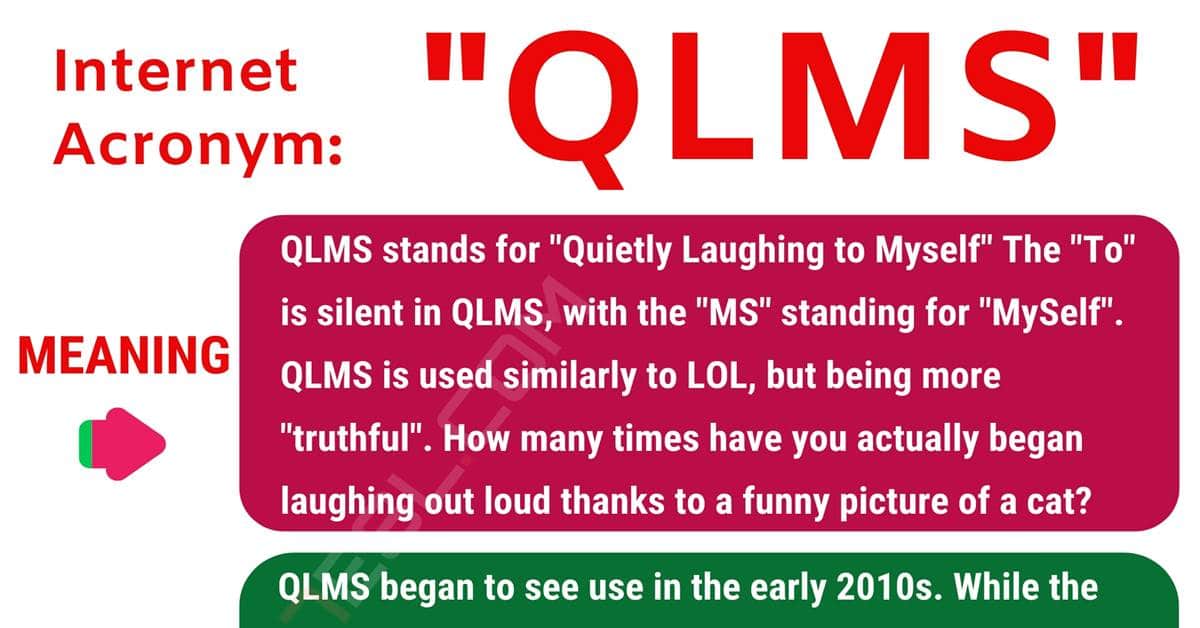 QLMS  is a popular acronym in social media. In this lesson, you will learn how to use the acronym with definition and useful conversation examples.

QLMS stands for “Quietly Laughing to Myself” The “To” is silent in QLMS, with the “MS” standing for “MySelf”. QLMS is used similarly to LOL, but being more “truthful”. How many times have you actually began laughing out loud thanks to a funny picture of a cat?

QLMS began to see use in the early 2010s. While the origins are of course blurry, the likely start of QLMS was the search for a term to replace the seemingly outdated LOL and became popular QLMS, being a more “realistic” action to seeing something funny online, While QLMS has not overtaken LOL in popularity, or likely ever will, it still sees strong usage on social media platforms.

QLMS also stands for “Quicken Loans Mortgage Services”, a home lender service. Another use of QLMS is “Quack Love Me Squad” , a popular user on the Tik Tok platform. Another usage is “Quit Living My Life”, which appears to be used either as an insult to someone that appears to be copying someone’s lifestyle or as a jab at oneself if something goes wrong.

Like all acronyms QLMS can be spelled with both all lowercase or capital letters. Other spellings include QLTM and QLTMs, where the “To” is not silent.. These three can all be used interchangeably. 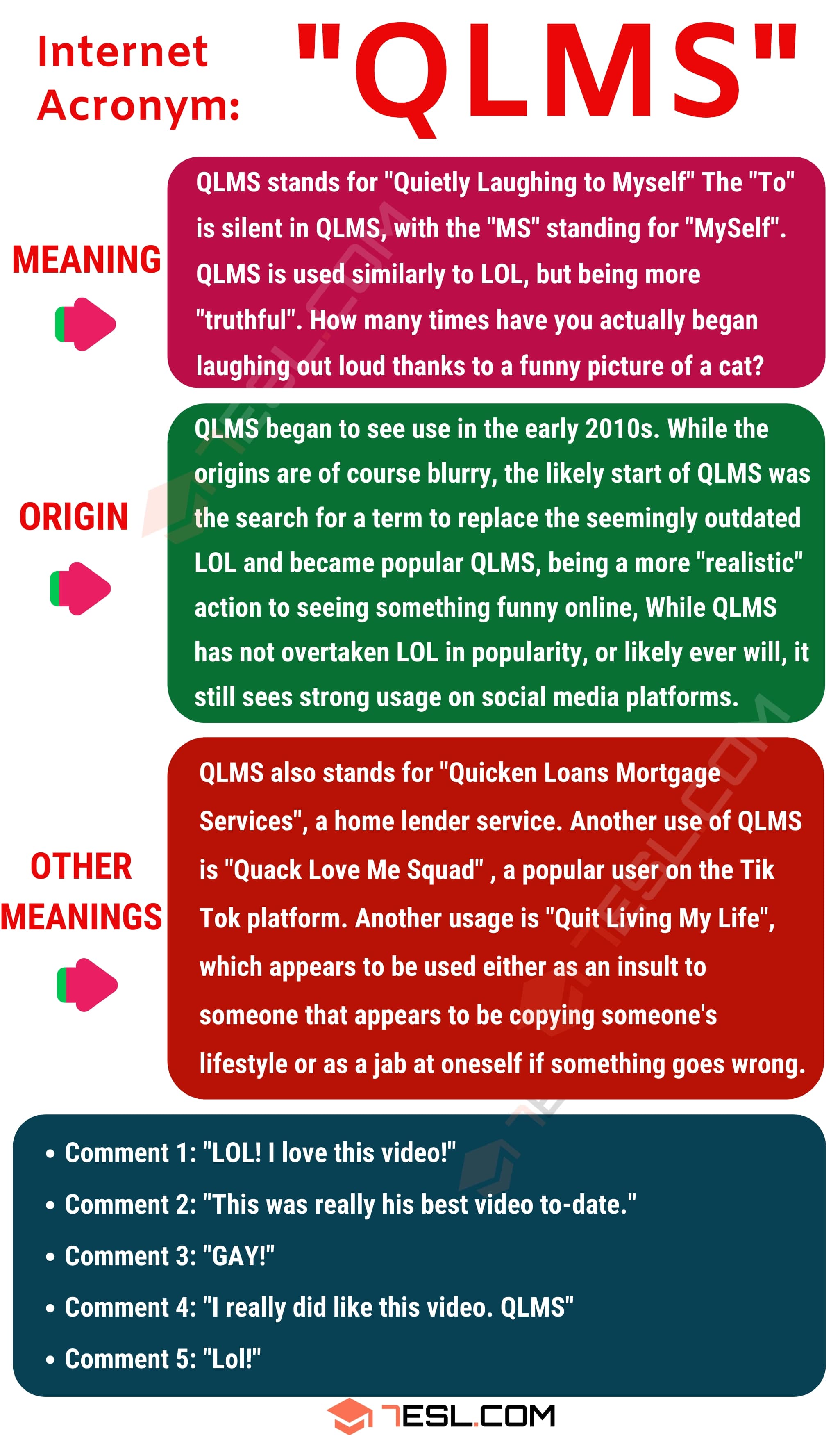