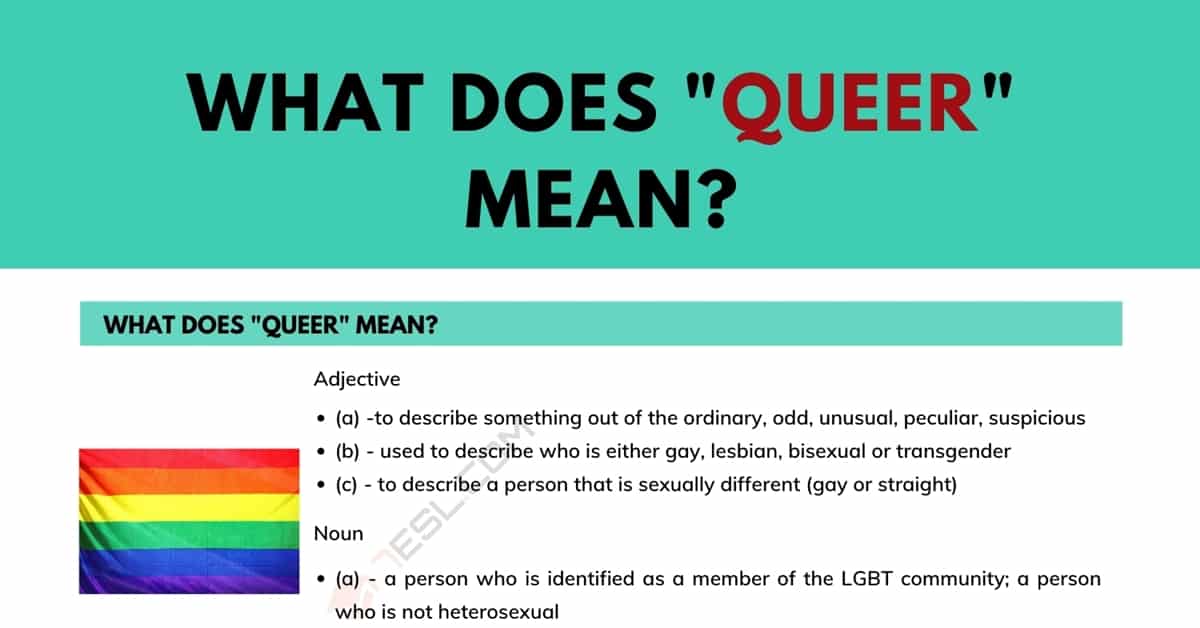 The term “queer” is used widely in casual conversation in more than one way. Years ago, the word queer was seen as a derogatory insult towards someone part of the LGBT community. Particularly, referring as a derogatory slander towards men that were feminine or assumed to engage in sexual activities with other men. Today this word is one of the “acceptable” terms or blanket terms within the LGBT community.

What Does “Queer” Mean?

The origin of the word “queer”, dates back to the 16th century to describe something or someone peculiar or eccentric; adopted from the German quer (meaning oblique, perverse). By the 19th century, the term was used to describe men believed to engage in same-sex relationships. During the 20th century, the term has gone from being synonymously used to call a feminine male a fairy, or faggot to being reclaimed in the LGBT community. By the 21st century the word queer has been used to describe educational studies. 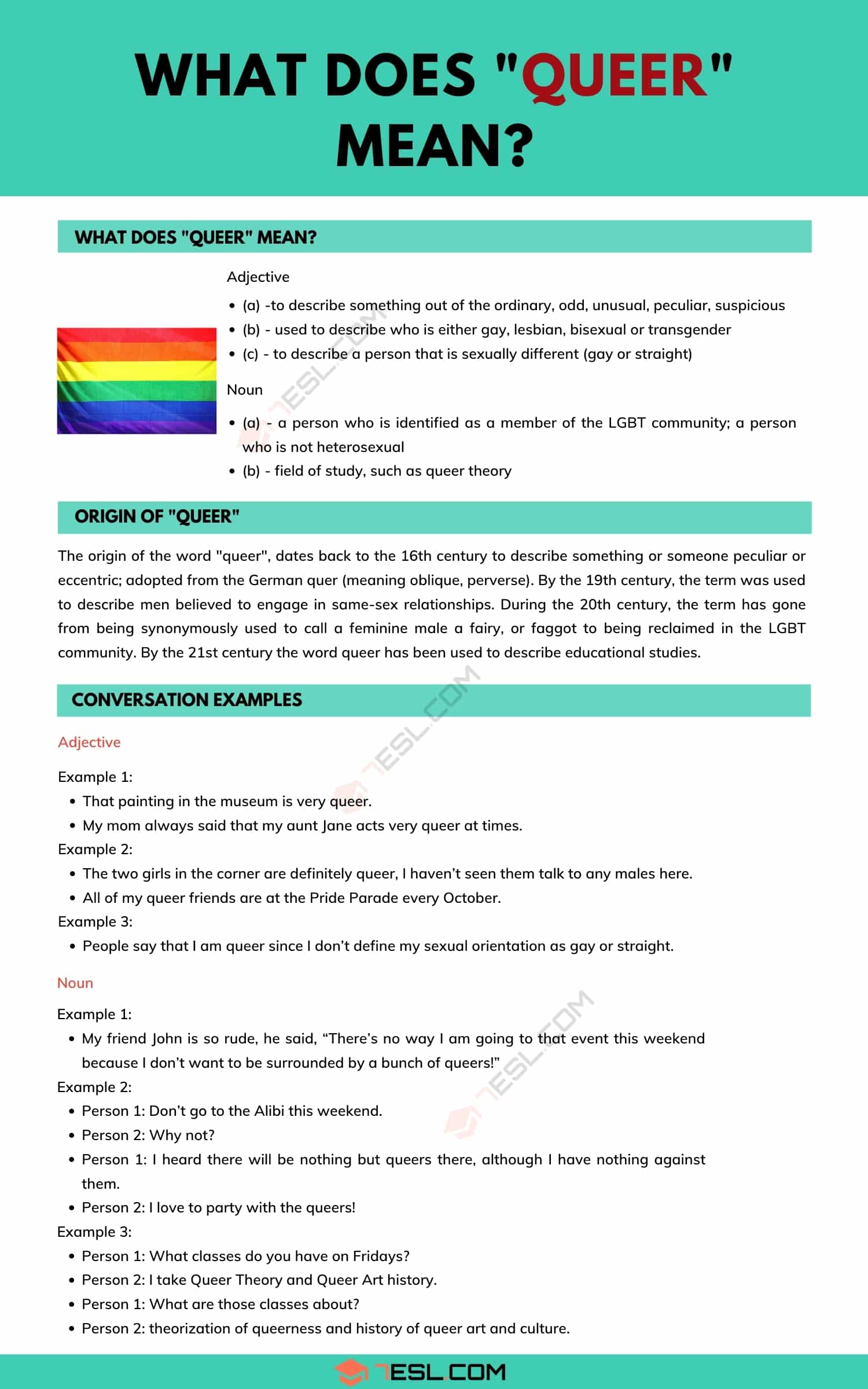