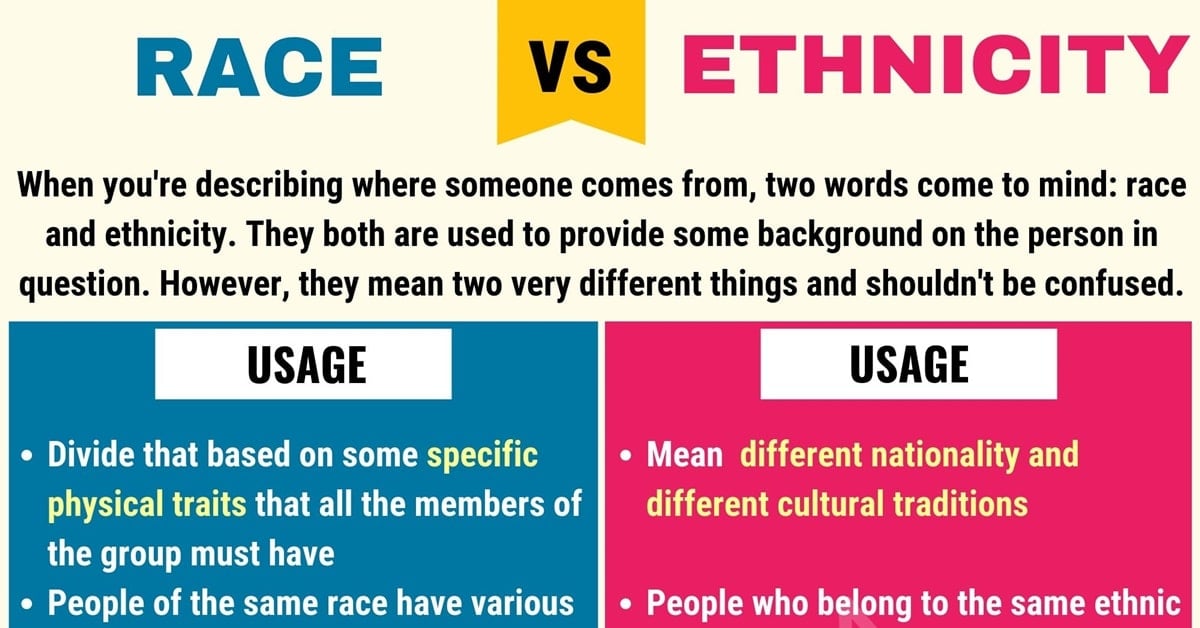 Difference between race vs. ethnicity. When you’re describing where someone comes from, two words come to mind: race vs. ethnicity. They both are used to provide some background on the person in question. However, they mean two very different things and shouldn’t be confused.

When we divide people into groups based on their RACE, we do that based on some specific physical traits that all the members of the group must have. People of the same race have various common biological and genealogical characteristics, such as the color of their skin, or the shape of their face. That is why discrimination against people whose skin color is different is called racism. History is full of examples of race-based conflicts, e.g. between white and African-American people in the United States.

Different ETHNICITY, however, means a different nationality and different cultural traditions. People who belong to the same ethnic group share culture, history and, in many cases, religion and a language. Different ethnic groups mostly coexist quite peacefully in the same nation or country but some conflicts are known. For instance, that is the conflict between the Tamil and the Sinhalese, the two ethnicities that live side by side in Sri Lanka.

This can’t happen with races. Take the Caucasian race: people who belong to it all have light skin, light eyes, thin lips, and straight or wavy hair. There are some other characteristics that describe the appearance of a person but none of them specify the country that this person comes from. Therefore, you can meet a Caucasian person in America, in Russia, and in France; while they will have the same race, they will have three very different ethnicities. They will have different traditions, speak different languages, and believe in different things because they weren’t raised in the same background.

One other difference between race vs. ethnicity is that, in contrast with race, ethnicity can be self-identified. It’s impossible to choose which race you belong to. However, you can move to another country, learn the language and all the traditions and start identifying as a representative of whichever ethnicity you prefer.

To put it very simply, anyone who has the same color as you is also of the same race. And those people who live in the same country as you, follow the same traditions and speak the same language, in most cases belong to the same ethnic group as you.

When to Use Ethnicity vs. Race | Image 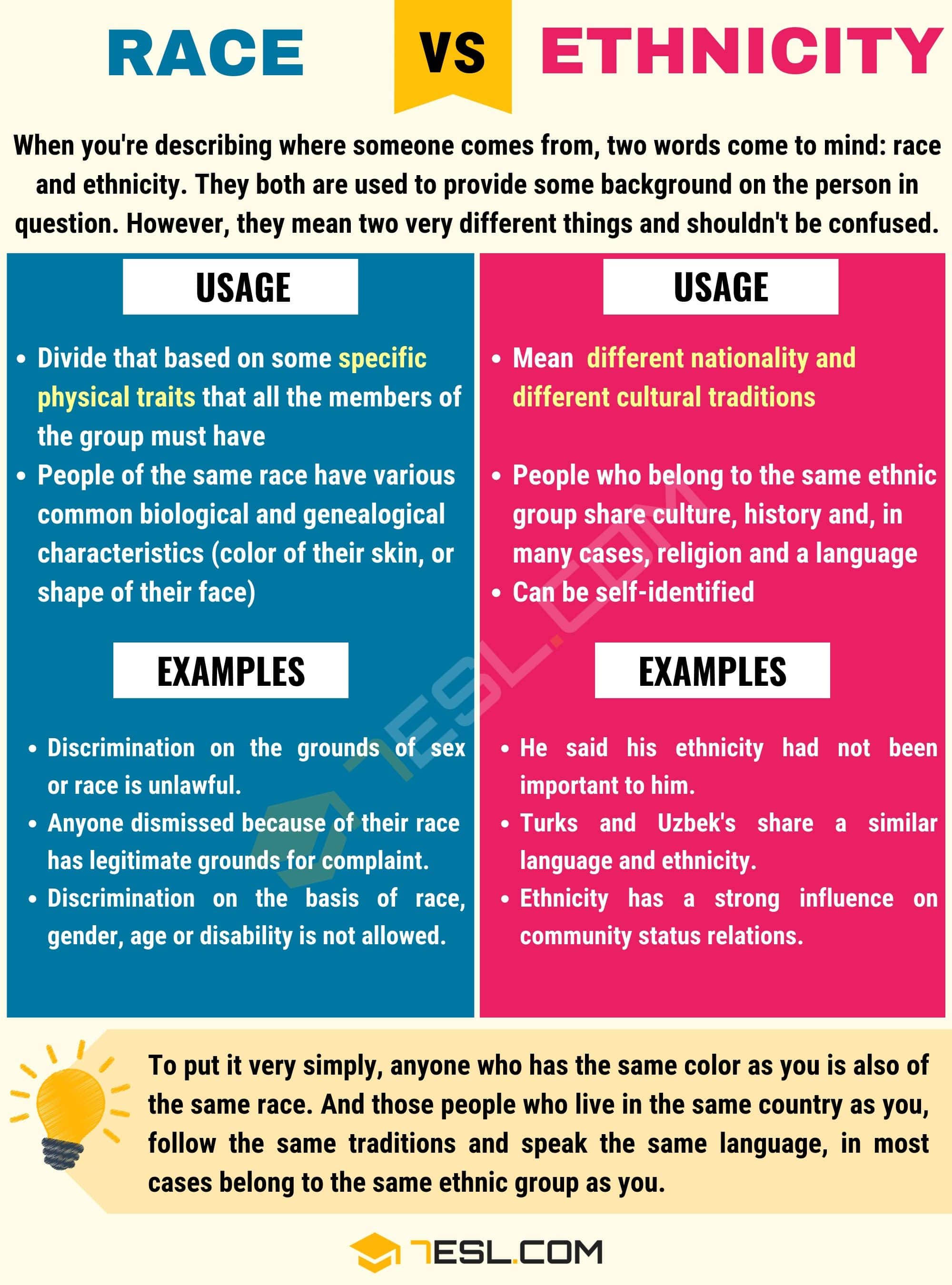 Race vs. Ethnicity: Difference between Ethnicity vs. Race