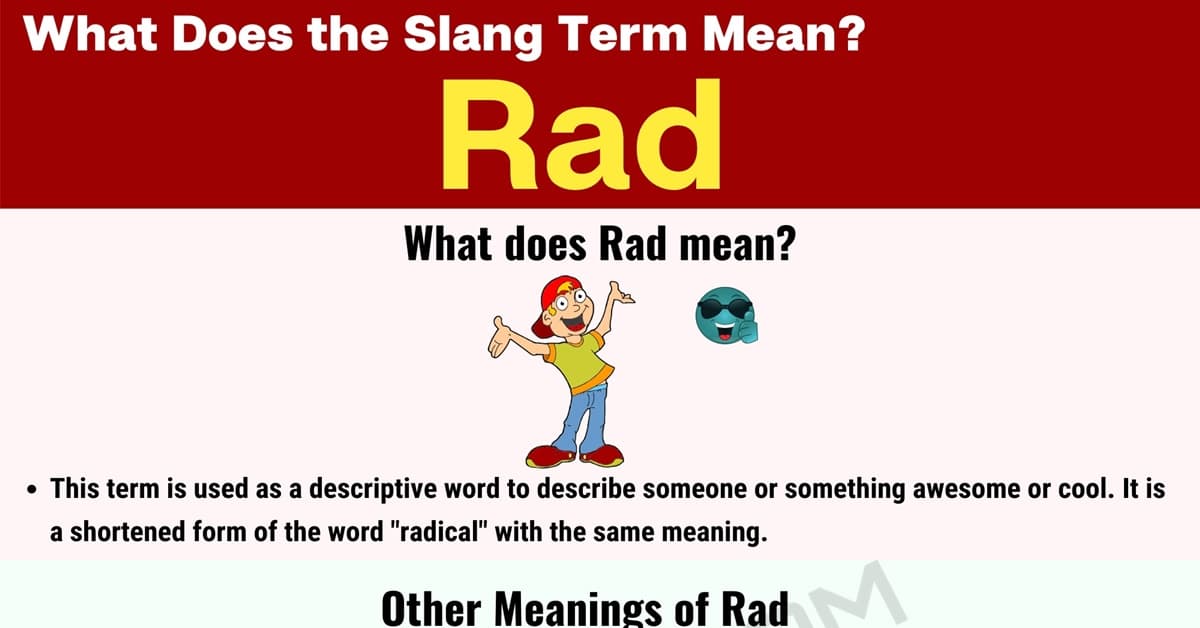 What does Rad mean? Unless you lived under a rock in the 80s or weren’t born yet, you are very familiar with the term “rad.” You couldn’t go one day growing up during this time where you didn’t hear this word being said by nearly everyone. If you do happen to be one of the people who have never heard this term and are just encountering it for the first time, then you have fortunately come to the right place.

Here you will find the meaning of this slang term, the story of its origin, and some alternative meanings if any are known. You will also see some example conversations featuring the term used in the correct context to help you gain a deeper understanding of its meaning. Lastly, you will see some synonyms you can use in place of this term to maintain the same meaning and relay the same message.

What Does “Rad” Mean?

This term is used as a descriptive word to describe someone or something awesome or cool. It is a shortened form of the word “radical” with the same meaning.

According to most people, this term first originated and gained its popularity in the early 1980s. However, some argue that the term was first used in the late 1970s. Regardless, it has been used ever since its initial origin and continues to be used today, although not a popular as it was in its peak. Many even deem the term to be outdated. It is most widely used still on the west coast of the U.S. by members of the surfer culture.

There are many other meanings of this term as an acronym and as a standalone word. Some of the phrases the acronym is said to represent are “rapid application development” (used in the world of computers), “ride and destroy,” “random acts of dyslexia,” “rewind and delete,” and “retarded and dumb.” There are other phrases this term can represent when used as an acronym, but way too many to mention them all specifically here.

When used as a standalone term, the word can take on other meanings including a single unit of radiation, the act of sexual intercourse, the state of being so intoxicated that you no longer know right from wrong, and a synonym for the word high as in a drug-related high.

Several synonyms exist for this word that you can use to replace this term. Some of the alternative words you can use include: 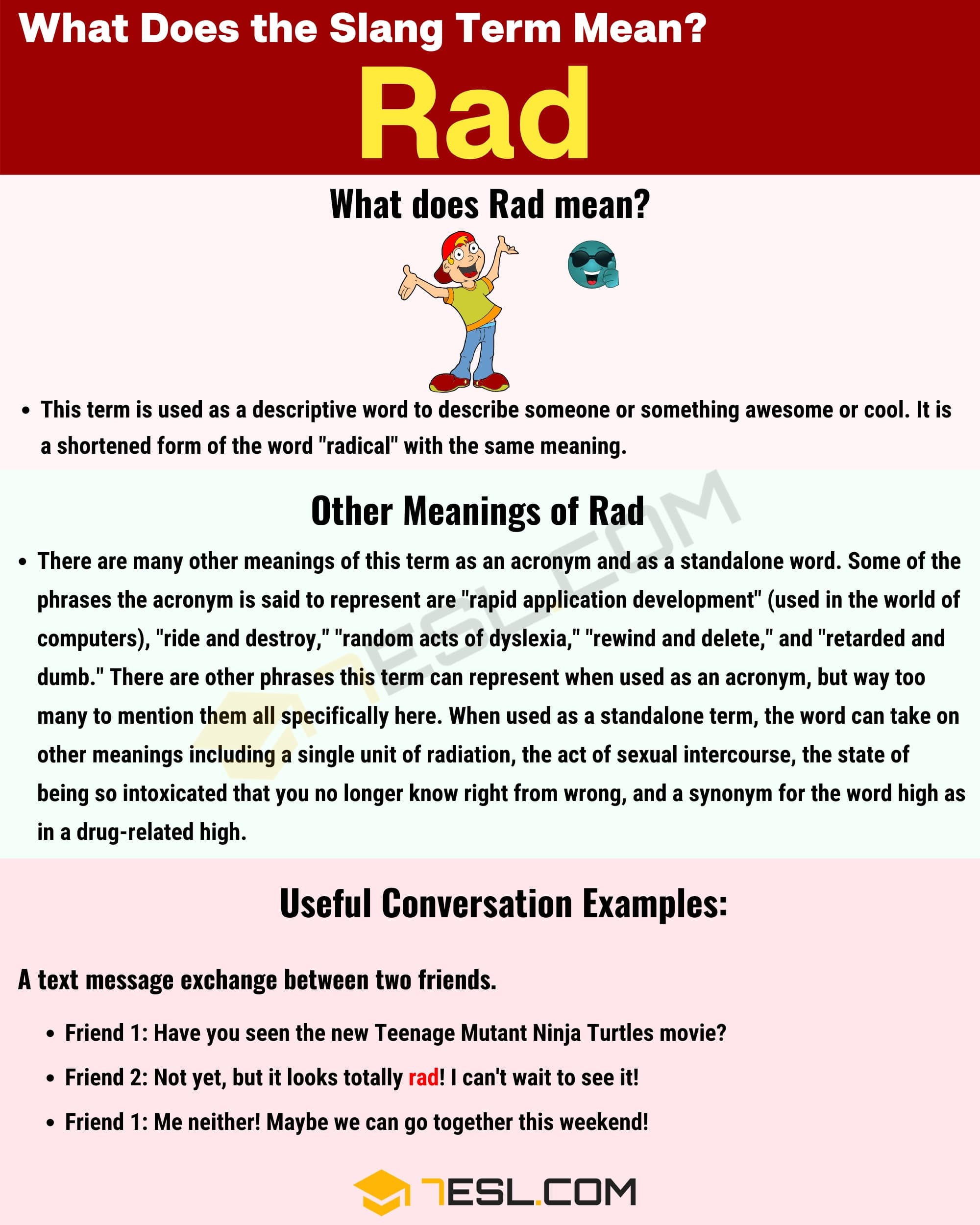