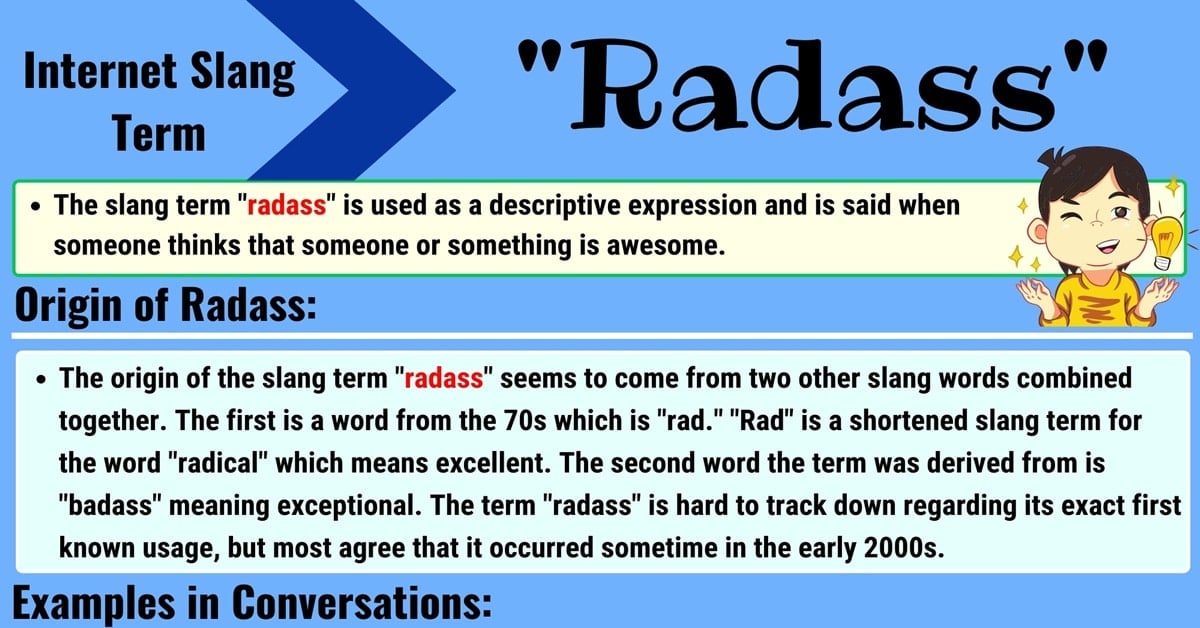 “Radass” might sound like a word from the 70s, but it is actually a much more recent term. If you have seen or heard this phrase used in conversation and are stuck trying to figure out the meaning, then stop right here!

Not only will you find the meaning of this slang term here, but you will find some information on its origin, possible other meanings if there are any, and some example conversations. As your reading draws to a close, you will be left with some alternative words or phrases that you can use as a substitution for the acronym and still convey the same meaning.

What Does Radass Mean?

The slang term “radass” is used as a descriptive expression and is said when someone thinks that someone or something is awesome.

The origin of the slang term “radass” seems to come from two other slang words combined together. The first is a word from the 70s which is “rad.” “Rad” is a shortened slang term for the word “radical” which means excellent. The second word the term was derived from is “badass” meaning exceptional. The term “radass” is hard to track down regarding its exact first known usage, but most agree that it occurred sometime in the early 2000s.

There are no other known meanings of the slang term “radass.”

There are several words or phrases that you could use to replace “radass” during conversation and still convey the same meaning. Some of the alternatives you could use include: 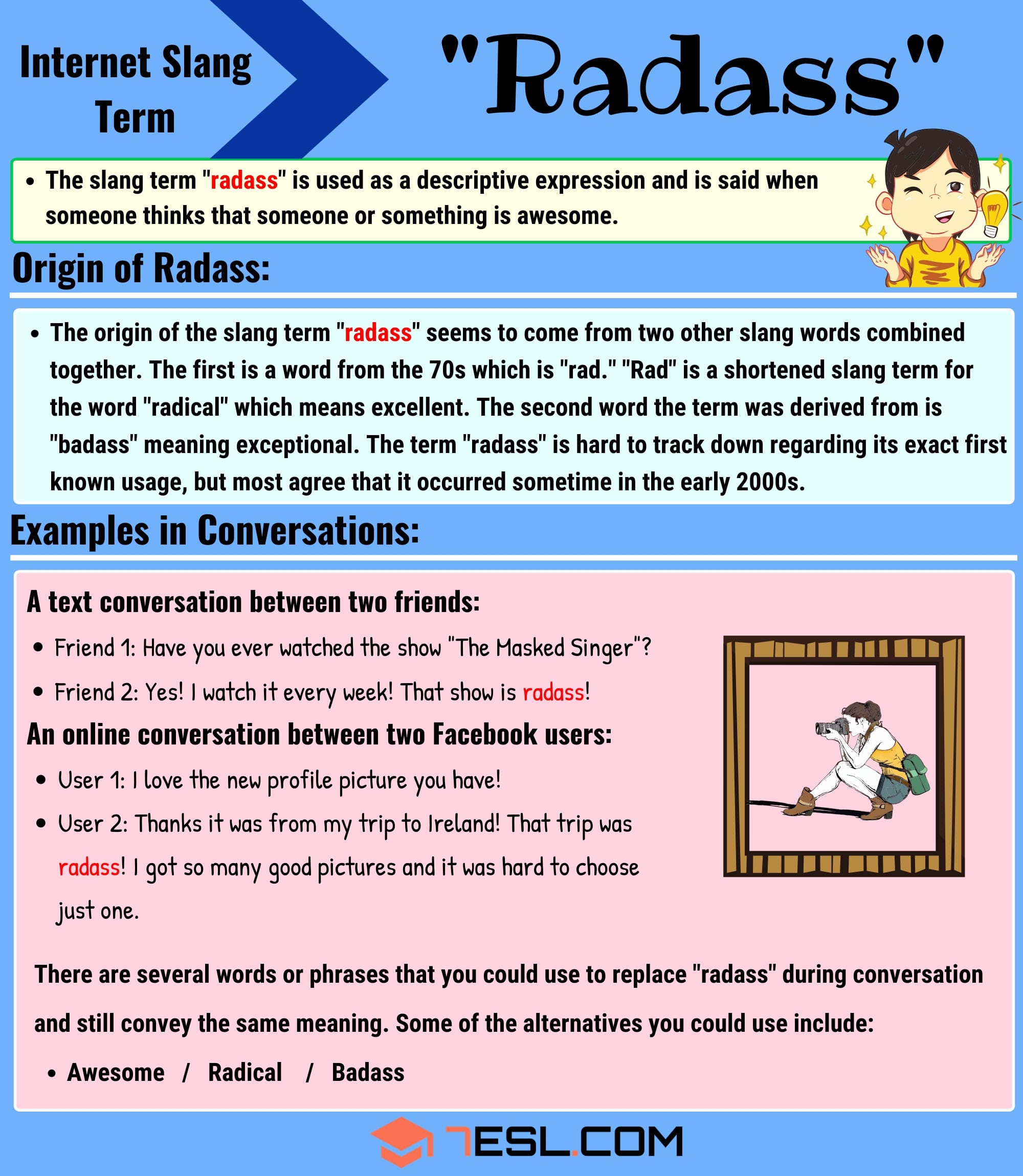 Most people that ever use the word, ‘rad’ are those born in the 70’s.
There is a running inside joke when someone says it because they sound dated and it implies they are a hipster that surfs or skate(boards).