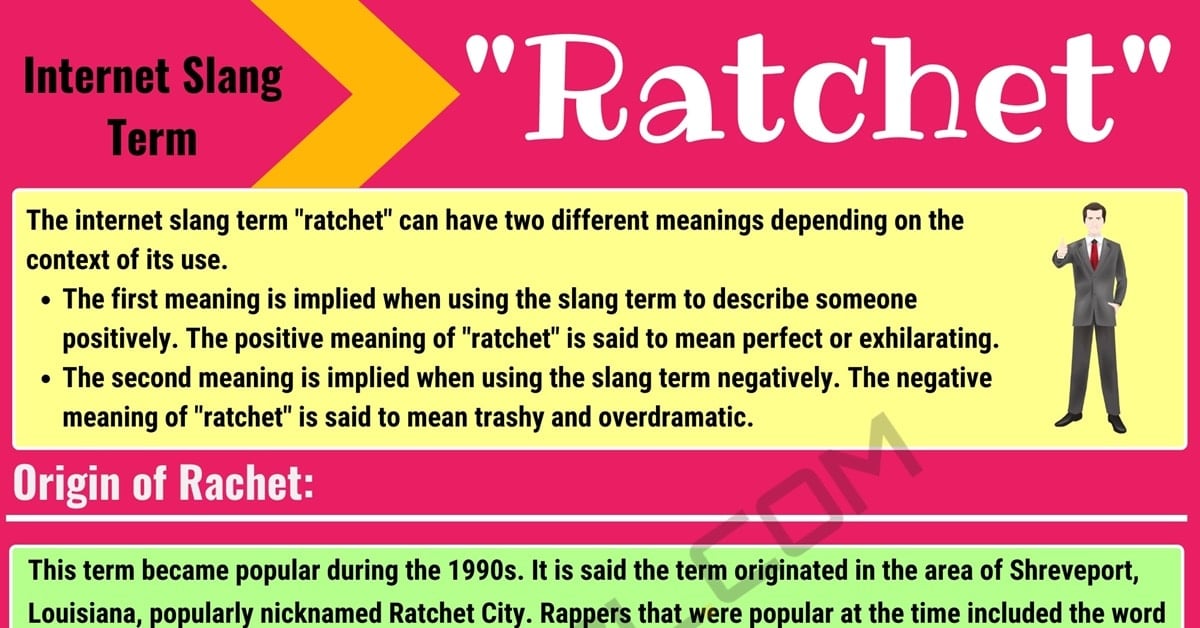 The word “ratchet” is an internet slang term that is widely used today in forms of electronic communication. Here you will find the meaning of the slang term and information regarding its origin. You will also find other meanings if they exist, examples of how to properly use the term in conversation and alternative things you can say to convey the same meaning.

What Does Ratchet Mean?

This term became popular during the 1990s. It is said the term originated in the area of Shreveport, Louisiana, popularly nicknamed Ratchet City. Rappers that were popular at the time included the word in their songs and produced the definition. It is said that the term came from the way locals mispronounced the word wretched and was generally used to describe a woman who was known for sleeping with multiple men. It was primarily used in the African-American community from the start but has since been used as a descriptive word in all races and genders.

Other than the two definitions mentioned above, the word ratchet has a literal meaning also. The literal definition of the word ratchet is a piece of machinery that allows the machine to move circular in one direction but keeps it from moving in the opposite direction. The term is also widely used to describe a type of wrench.

An online chat conversation between two good friends talking about someone they don’t like.

Other Ways to Say “Ratchet”

There are many alternative ways to say the slang term “ratchet” and still convey the same meaning depending on how the term is used. Some other suggestions include: 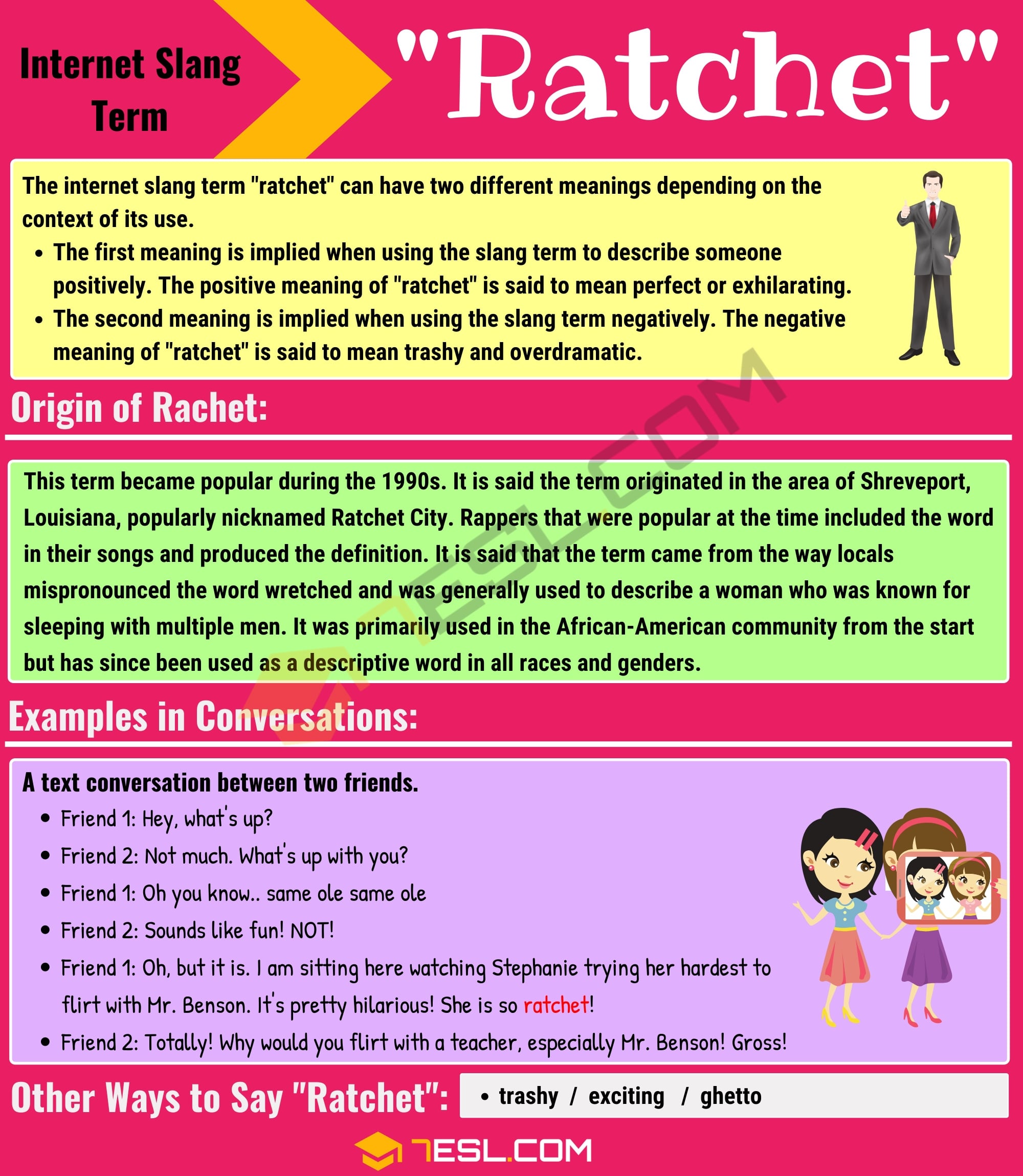