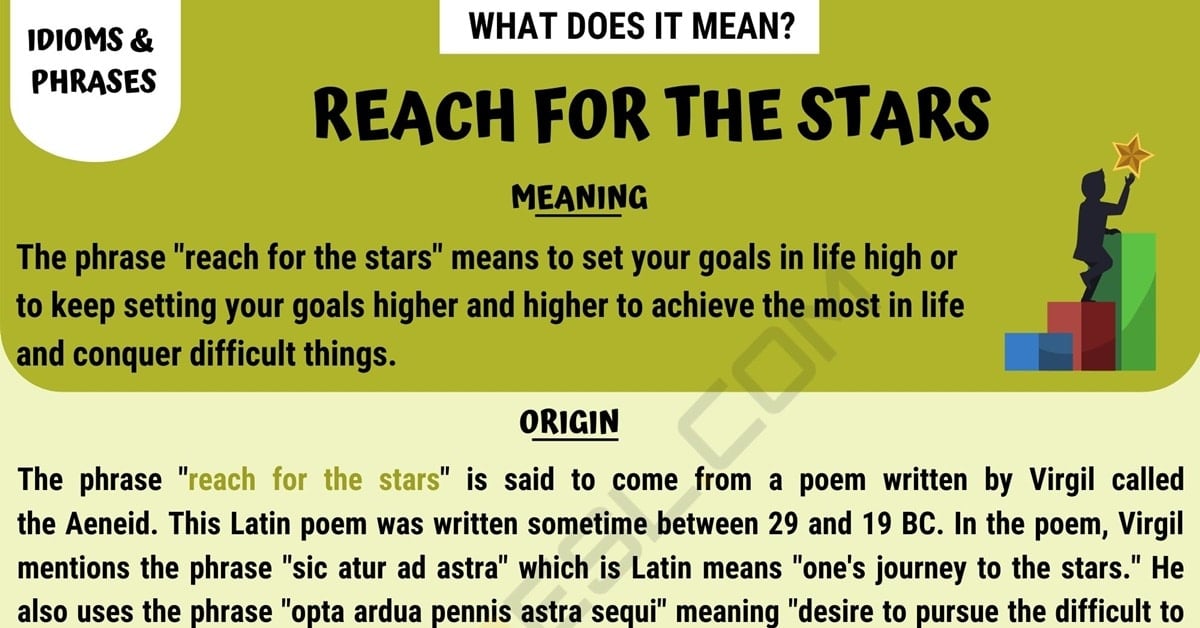 It’s always a nice thing for people to tell you to “reach for the stars.” However, if you don’t know what the phrase means, then it can be one of confusion. While you may think people are telling you to become an astronaut, this is not correct at all! To avoid further confusion the next time someone says this to you, here you will find the meaning and the origin of this phrase. You will see the phrase used correctly in context in some example sentences and conversations. Finally, you will some alternative suggestions as to how you can say this phrase using different words to relay the same meaning in conversation.

Reach For The Stars

Reach For The Stars Meaning

The phrase “reach for the stars” means to set your goals in life high or to keep setting your goals higher and higher to achieve the most in life and conquer difficult things.

The phrase “reach for the stars” is said to come from a poem written by Virgil called the Aeneid. This Latin poem was written sometime between 29 and 19 BC. In the poem, Virgil mentions the phrase “sic atur ad astra” which is Latin means “one’s journey to the stars.” He also uses the phrase “opta ardua pennis astra sequi” meaning “desire to pursue the difficult to reach stars.” These two phrases were combined to create the term and the definition above.

“Reach For The Stars” Examples

Alternatives to “Reach For The Stars”

What does “Reach For The Stars” Mean? | Picture 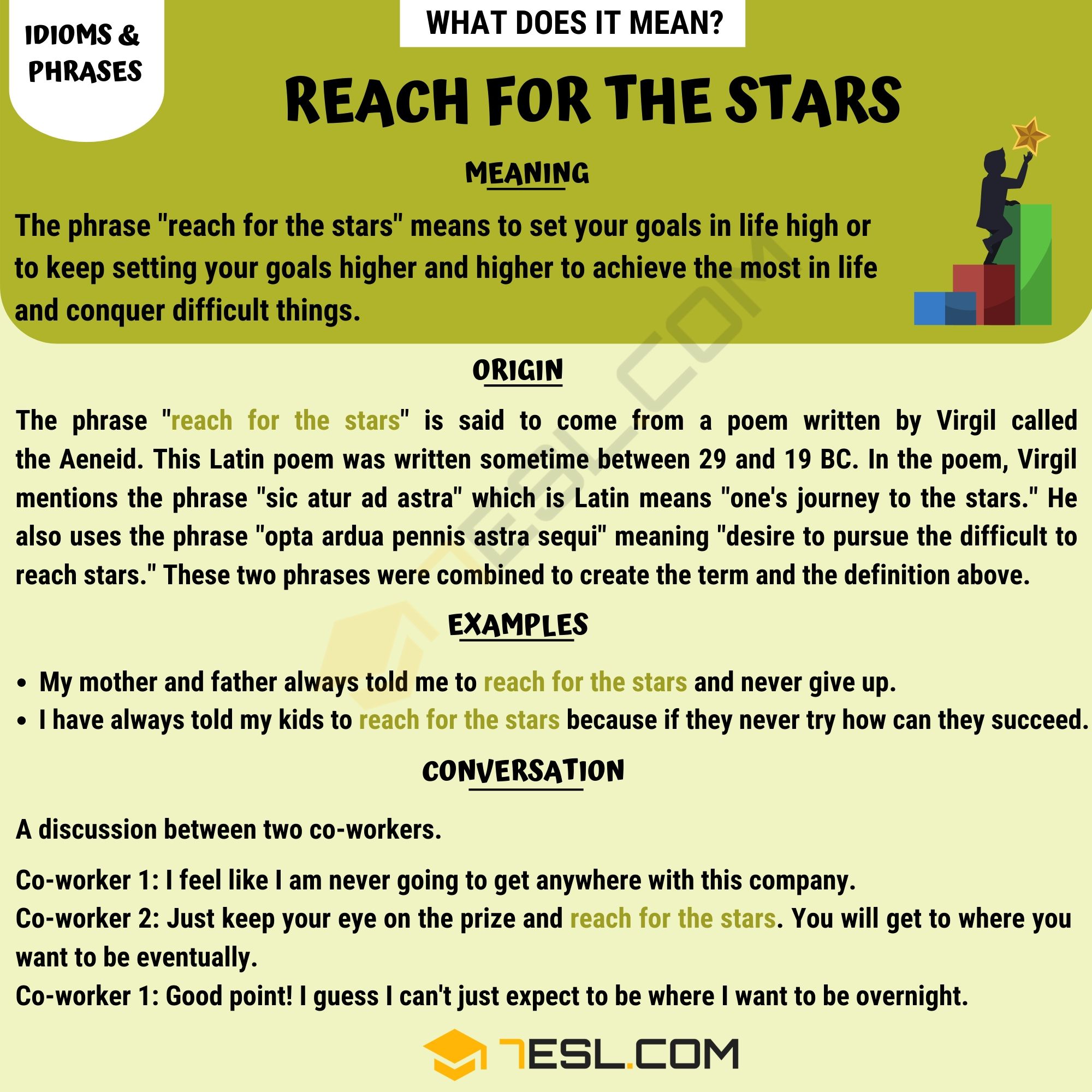