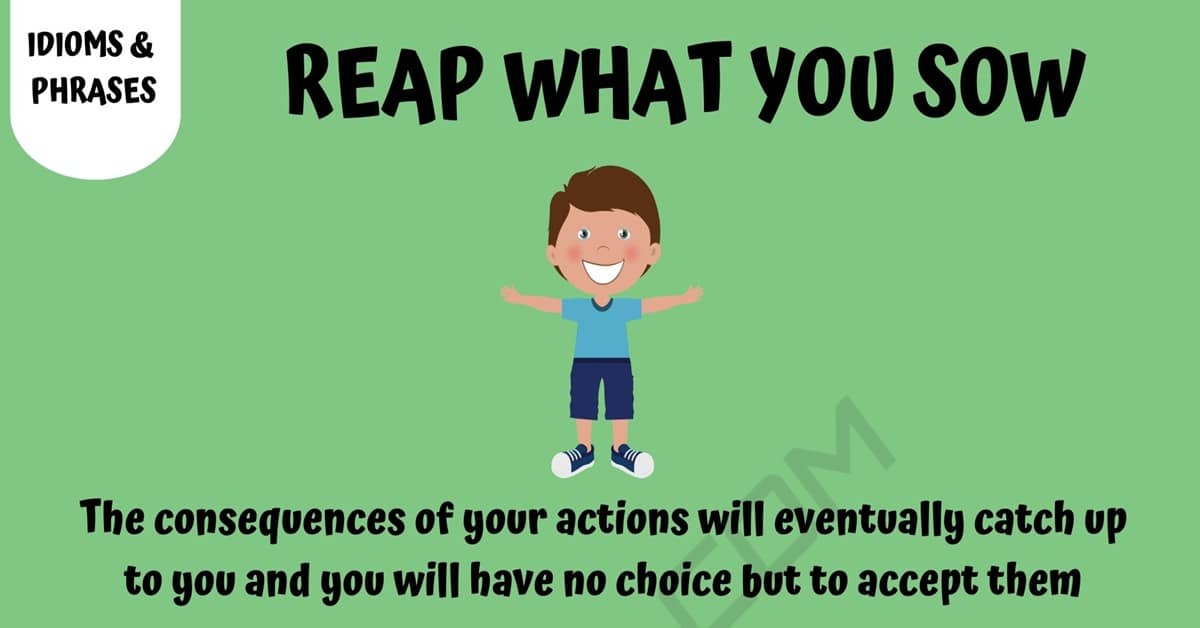 The idiomatic phrase “you reap what you sow” is a phrase that you will hear or see frequently in conversations and writing. Here you will find the meaning of this phrase, along with the story of its origin. You will also find examples of how to properly use this phrase in everyday conversations/statements and find further examples of other ways to say this phrase while conveying the same meaning.

Reap What You Sow

Reap What You Sow Meaning

The popular idiom “you reap what you sow” means that the consequences of your actions will eventually catch up to you and you will have no choice but to accept them.

The origin of this idiom dates back to the Bible in Galatians, chapter 6, verse 7, This passage was derived into the shortened phrase that we know today. It compares the things farmers do to crops that grow. Farmers make an effort to plant their crops and have to sow their crops after they grow. The efforts they put forth to grow their crops, ultimately determines how much they sow, or the crop’s yield.

“Reap What You Sow” Examples

A statement in a local newspaper about the arrest of a criminal.

A statement made by the local high school football captain to their main rivals.

A conversation between two friends talking about another friend.

Other Ways to Say You Reap What You Sow

As the case with most idiomatic phrases, there are numerous ways to say you reap what you sow while still conveying the same message. Some other phrases you could use instead include:

Reap What You Sow Meaning | Picture 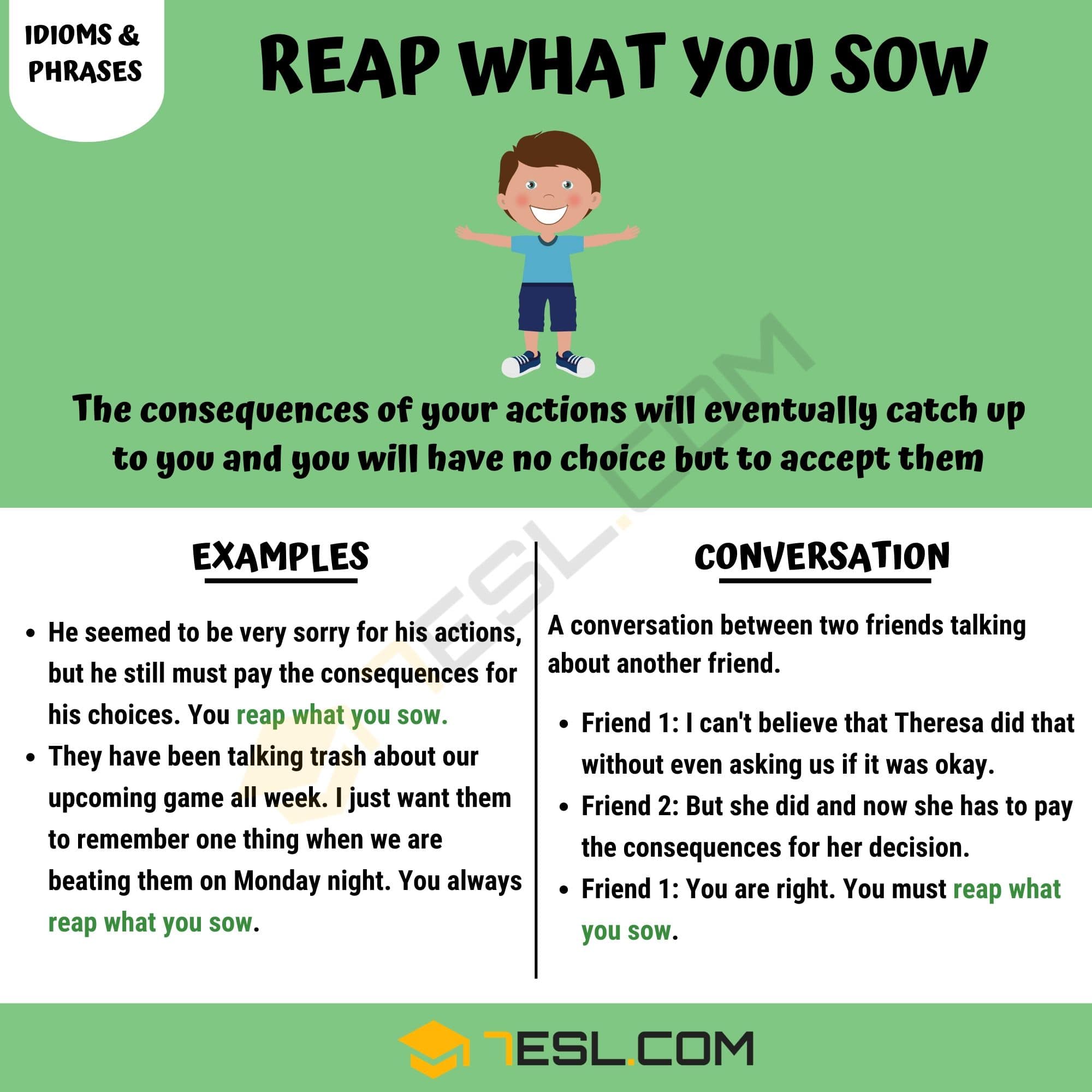