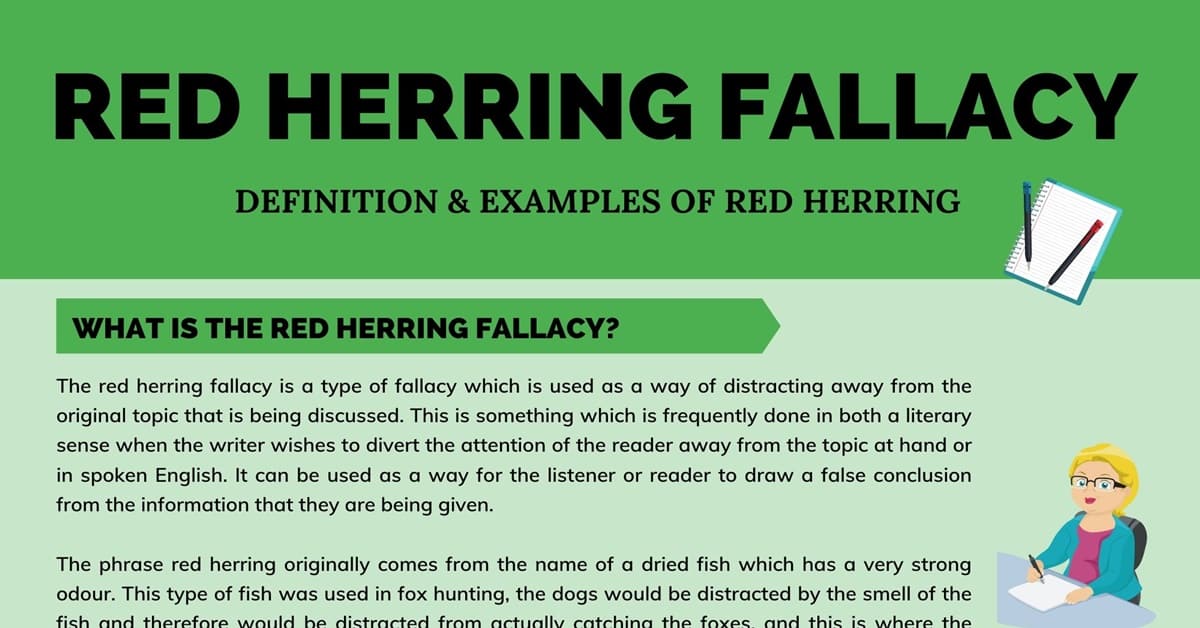 What Is The Red Herring Fallacy? The red herring fallacy is a type of fallacy which is used as a way of distracting away from the original topic that is being discussed. This is something which is frequently done in both a literary sense when the writer wishes to divert the attention of the reader away from the topic at hand or in spoken English. It can be used as a way for the listener or reader to draw a false conclusion from the information that they are being given.

One of the most common uses of the red herring fallacy in literature is to lead the reader to believe that a certain character is the suspect of a crime. This can be done in many ways and will often be revealed later in the story to be a fallacy when the true culprit is brought to light.

There are many areas of spoken conversation in which the red herring fallacy might be used. One such example would be when a child is trying to distract their parents from a task that they do not want to do. Another time that you might see the red herring fallacy being used in day to day conversation would be in debates or arguments as a way of distracting your opponent off the topic at hand.

A Child Distracting Her Mother

In the following conversation, we will see a small children using the red herring fallacy as a way of distracting her mother at meal time.

The child in this scenario successfully distracts the mother away from telling her to eat her vegetables, which she does not want to do.

A Debate About Marriage

In the following statement, a person is arguing against gay marriage, they are aware that they will likely lose the debate and so make use of a red herring as a way of distracting the opposition. This might be successful in avoiding having to fight a losing battle.

I am not for gay marriage, it is not how marriage was traditionally meant to be. Anyway, married people are experiencing higher taxes and I personally find this abhorrent. What do you think?

In A Business Discussion

When the owner of a business is confronted about why he hasn’t given his staff a pay rise in many years, he might make use of a red herring fallacy as a way to avoid the issue. This will distract the person asking the question and the business owner will then not be forced into discussing something he is not comfortable with.

No, we haven’t given our staff a paynrise in quite some time but we do put a lot of money into making a top quality product. Have you seen our latest development? It is certainly a sight to behold.

In Dan Brown’s novel The Da Vinci Code, we see the use of the red herring fallacy in the character of Bishop Aringarosa. He is shown to the reader as one who should be the suspect of creating the conspiracy within the church. However, we later see that he is in fact innocent. the name of the character interestingly translates into English as meaning red herring.

In The hound of the Baskervilles written by Sir Arthur Conan Doyle we see another example of the red herring when the author leads us to believe that the character Barrymore is the murdered. However, we are later shown that this is not the case.

The red herring fallacy is a commonly used type of fallacy which allows the speaker or the author to divert the audience’s attention away from the topic which is being discussed. This is done by bringing up something which is irrelevant and not necessary therefore creating a successful diversion. The red herring fallacy can be used in both a spoken and written context and we have seen some examples to demonstrate this. 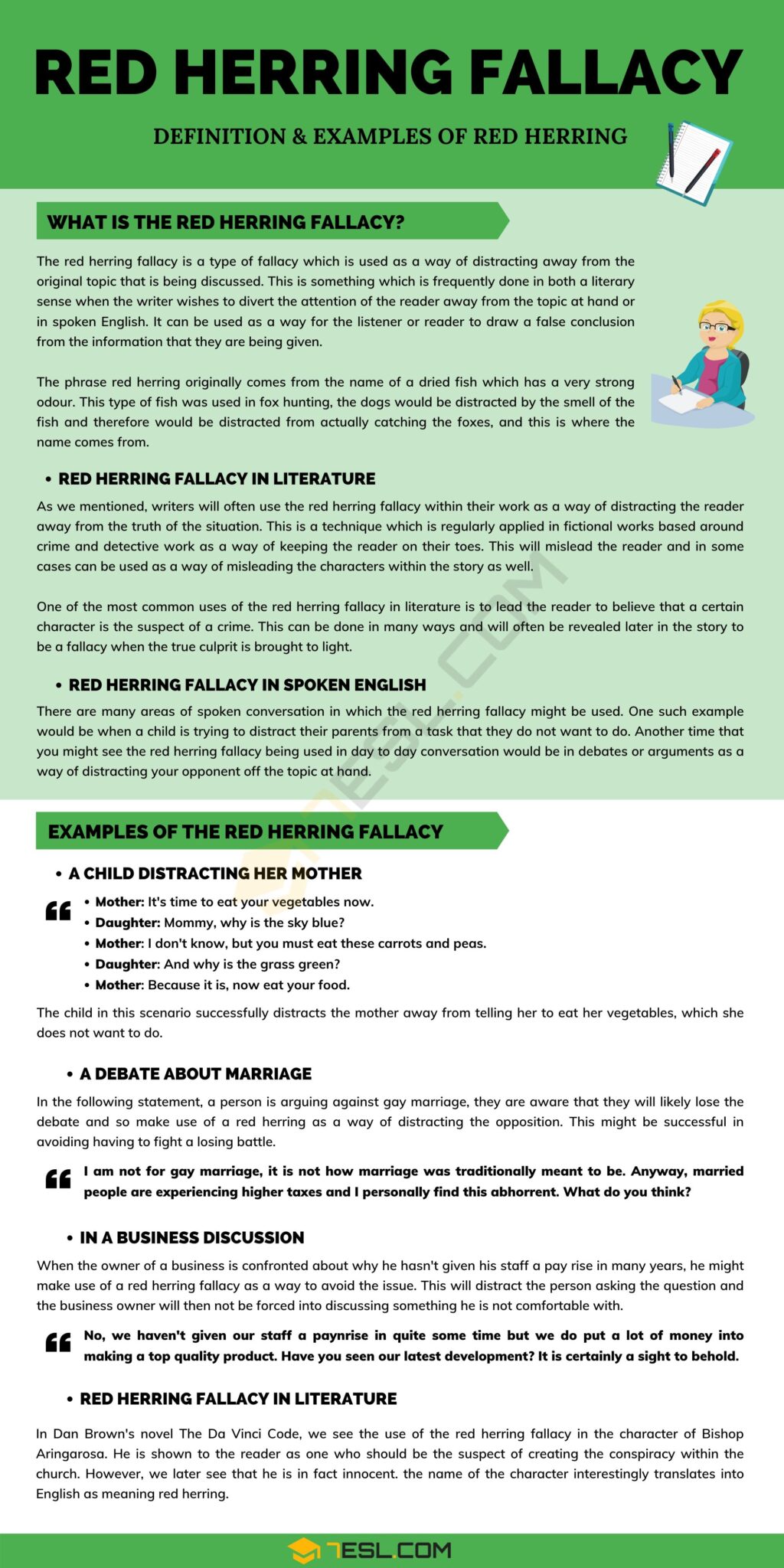 To God the best and the greatest. I’m getting more skills in English language. Thank you.