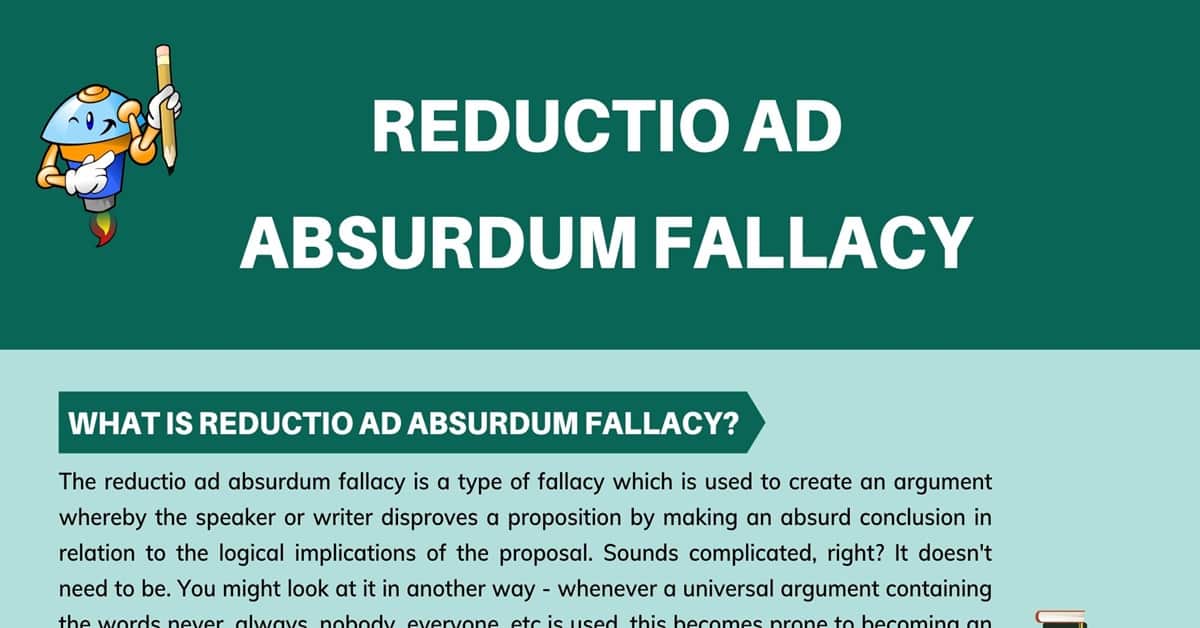 What is reductio ad absurdum fallacy? There are many different types of fallacy in the English language, each of them serving a specific purpose. In this article, we are going to be taking a look at the reductio ad absurdum fallacy in a little more depth. We are going to be looking at what this type of fallacy is as well as viewing some examples of how it works in order to allow us to gain a better insight into its function.

The reductio ad absurdum fallacy is a type of fallacy which is used to create an argument whereby the speaker or writer disproves a proposition by making an absurd conclusion in relation to the logical implications of the proposal. Sounds complicated, right? It doesn’t need to be. You might look at it in another way – whenever a universal argument containing the words never, always, nobody, everyone, etc is used, this becomes prone to becoming an example of reductio ad absurdum.

The reason for this is that these types of arguments are left open to being reduced to an absurd conclusion, you might even think of reductio ad absurdum as being a way of exposing a fallacy. This type of fallacy will work only if there is already a falsehood in the claim.

Reductio ad absurdum will try to prove a claim by showing that the opposite would be absurd. Sometimes you may hear it being referred to by other names such as the following:

Now that we have a good understanding of this type of fallacy, we are going to take a look at some examples of how it might look in action.

I am taking my driver’s test tomorrow, so please do pray for me. If a lot of people pray about this then God will allow me to pass the test with ease.

Why this example shows us reductio ad absurdum is due to the fact that is we assume that the idea of ‘a lot’ of people praying about the issue that God will have mercy on the speaker. We would then assume that God only answers prayers that are ‘popular’ however if this were true then that would be unfair and certainly absurd. Due to the fact that God is never unfair, we conclude that he would not be able to answer prayers based on popularity, therefore proving that this claim is absurd.

We will now look at the example of how reductio ad absurdum would work in a conversation.

Through the examples we have just seen, we are able to see how reductio ad absurdum shows an opposite of the claim that has being made and how it would draw nothing but an absurd conclusion, therefore, disproving the theory. 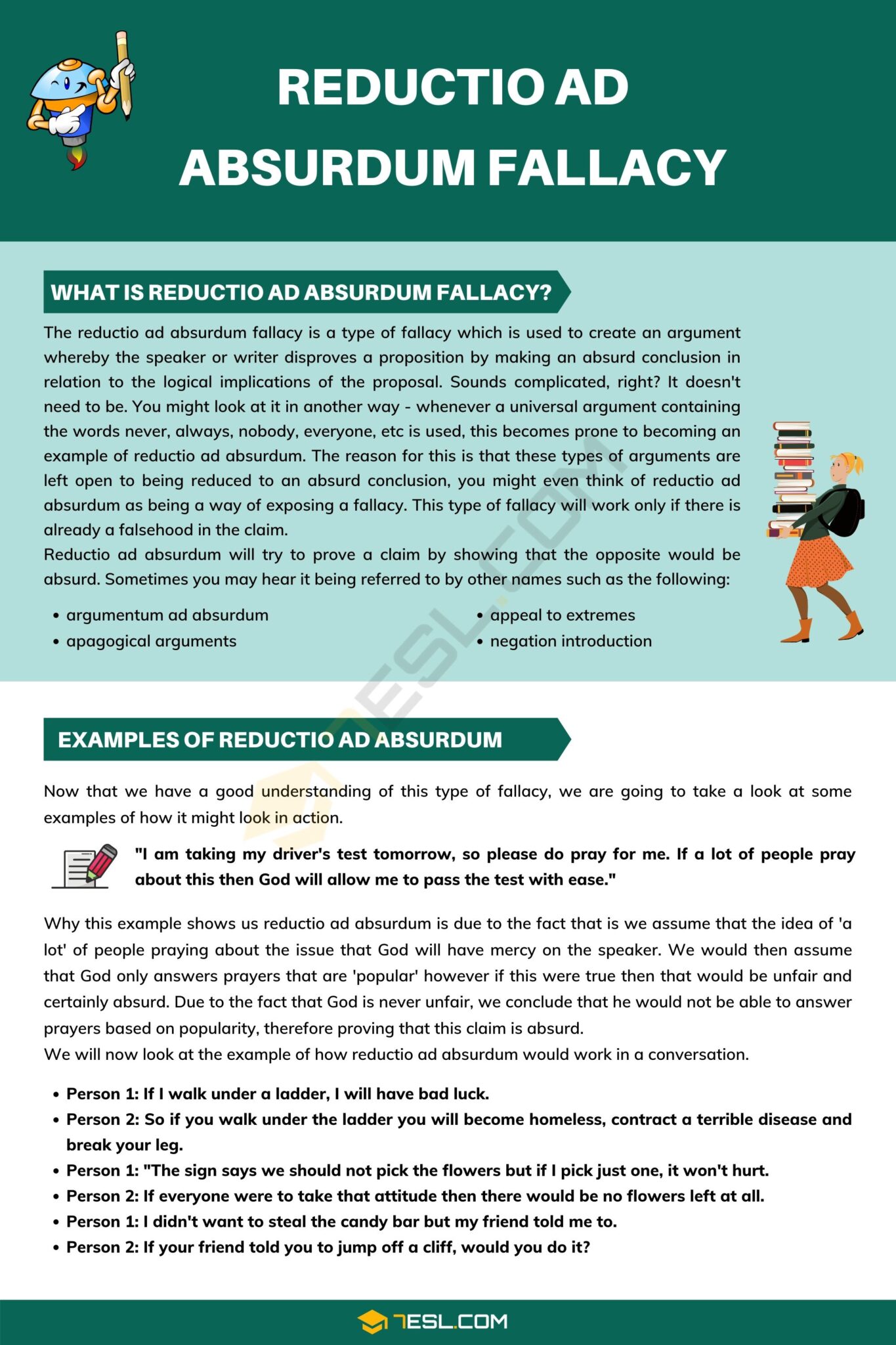 These are good examples for me to use with my students.
Thank you for explaining this!