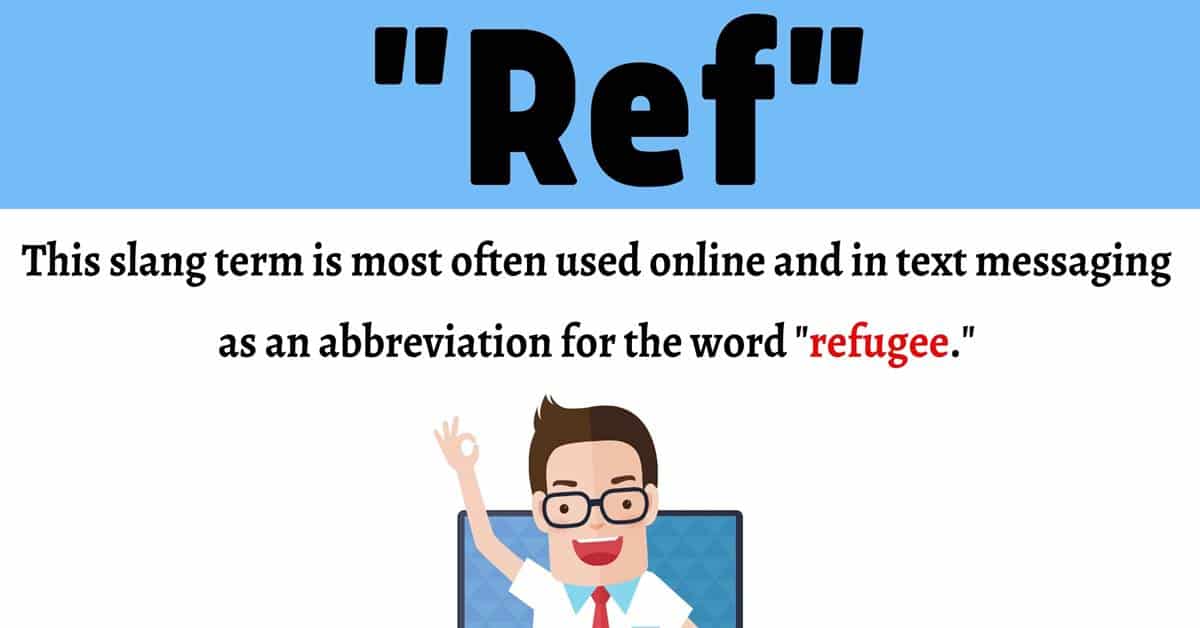 Although the slang term “ref” can be an abbreviation for many words, there is one word that this shortened form is used to represent more than others online and in text messages. Below, you will learn all about this word including its meaning, origin, and some other meanings concerning other things that this term can stand for. Conversation examples are provided for you too so that you are able to see how this term is used in everyday context. Lastly, you will learn some other words that you can use in place of this term and the word that it most popularly represents.

What Does Ref Mean?

This slang term is most often used online and in text messaging as an abbreviation for the word “refugee.” This type of person is someone who has felt forced to flee their own country due to some sort of persecution or other negative conditions and cannot make a safe return to their own country.

The term “refugee” is derived directly from the French word “régugié.” The term was first used in 1685 to refer to the Protestants that fled France due to religious persecution. The term was heard for the first time in America nearly a decade later and was used to describe anyone who had to flee their country because of religious and political persecution.

This term can be used for an abbreviated form of other words as well such as “reference,” “reform,” “referee,” “referring,” or “refresher.” The term can also be used as an acronym to represent random phrases and official titles. Although not an all-inclusive list of things that it can be used to stand for as an acronym, some things it does represent are “Research Excellence Framework,” “Regional Energy Forum,” “Renewable Energy Fund,” “Rapid Equipment Fielding,” and “Regional Executive Forum.” 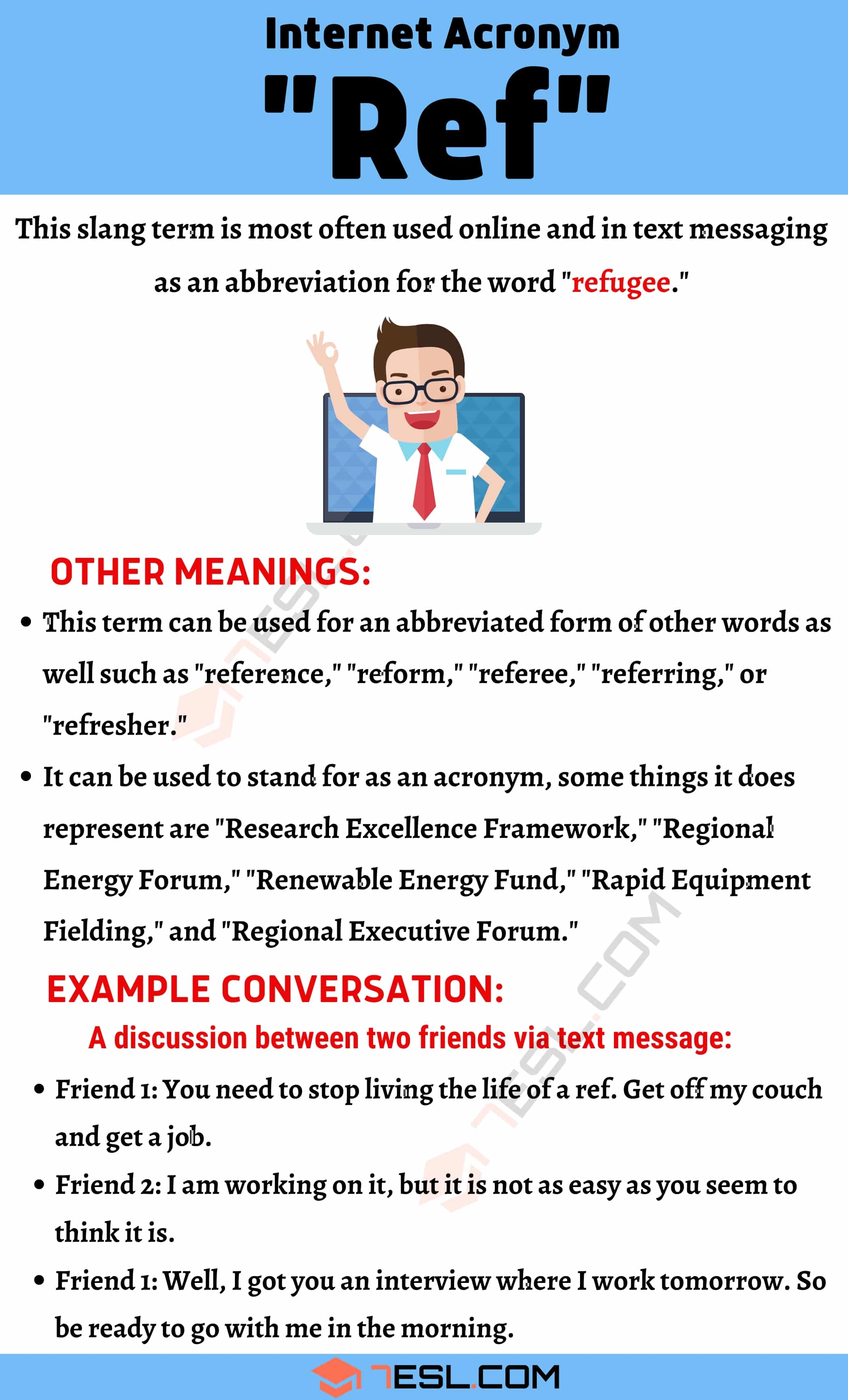