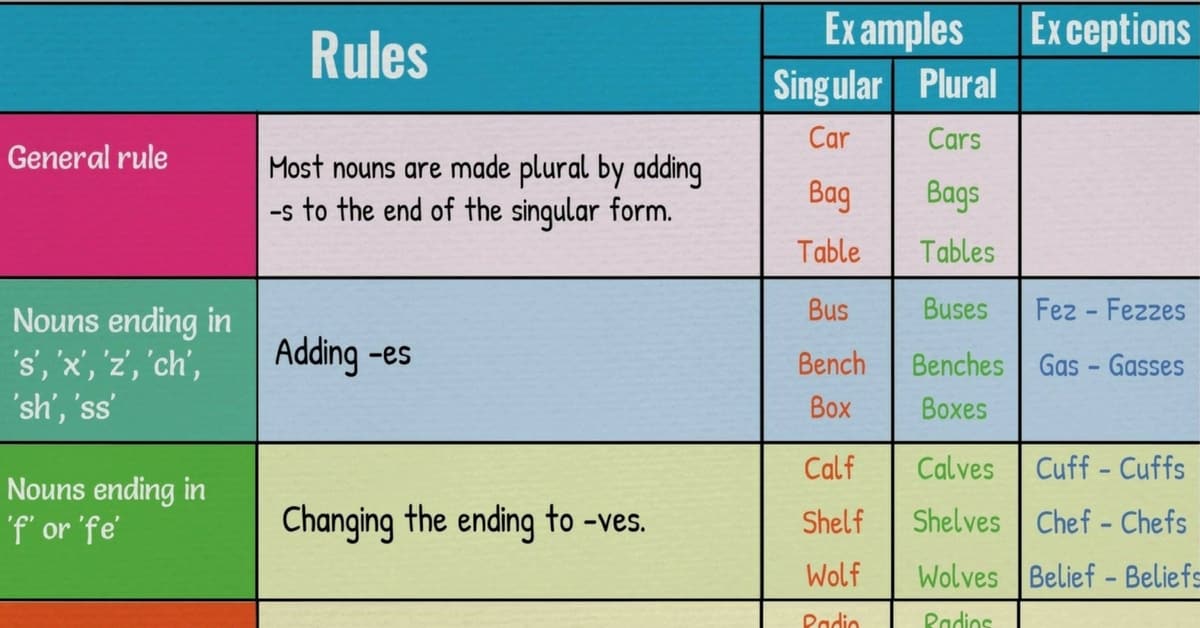 Singular and Plural Nouns! Learn how to form plural nouns in English with useful grammar rules and example sentences.

Nouns form the largest class of words in nearly all languages, including English. A noun is a word that identifies a person, thing, place, idea, quality, or action. It’s normally a single word, but not in all cases. For example, book, dress, college bus is examples of nouns.

Nouns are either in singular or plural form. Singular refers to only one, while plural refers to more than one.

What is a Singular Noun?

A singular noun is a noun that represents a single person, place, thing, or idea. Identifying singular nouns in a sentence or context is pretty easy, provided you have a deep understanding of what they entail. Unlike plural nouns and irregular plural nouns with a set of rules that need to be followed, singular nouns don’t require the addition of letters or change in spelling.

Examples of a Singular Noun

If you glare at one object and give it a name, you have an instance of a singular noun. For example, there is one book on my table and one pen on my chair. In this sentence, the nouns include book, table, pen, and chair. All these nouns are singular because they represent only one.

Additional Examples of a Singular Noun

(1) Singular nouns that identify a person

Other singular nouns that can be used in place of grandfather include: father, grandmother

(2) Singular nouns that identify a place

(3) Singular nouns that identify a thing

(4) Singular nouns that represent an idea

Note that singular refers to one.

What is a Plural Noun?

Plural nouns are nouns that represent more than one person, place, thing, or idea. Plural nouns are formed from singular nouns by adding an –s at the end. There are numerous varying rules pertaining to pluralization based on what letter a noun ends in. Irregular nouns don’t adhere to rules governing plural nouns; therefore, they must be mastered or searched for in the dictionary.

In order to make a singular noun plural, normally add the letter s at the end. With that said, let’s dive into rules governing regular plural nouns.

Most singular nouns are made plural by adding -s to the end of the singular form.

Nouns Ending in a Sibilant Sound

The plural form of some nouns that end in ‘f’ or ‘fe’ is made by changing the ending to -V(es).

When a noun ends in “o” preceded by a consonant, the plural in many cases is spelled by adding -es.

Nouns that end in ‘o’ preceded by a vowel are made plural by adding -s.

When the ‘y’ follows a vowel, the plural is formed by retaining the ‘y’ and adding -s.

Irregular plural nouns don’t adhere to specific rules; therefore, it’s prudent to study them or search for accurate pluralization in the dictionary. Lack of definite rules makes it challenging to understand them. So, you must devote your time to study and memorize them. Otherwise, you’re bound to error when making use of irregular nouns in plural form. 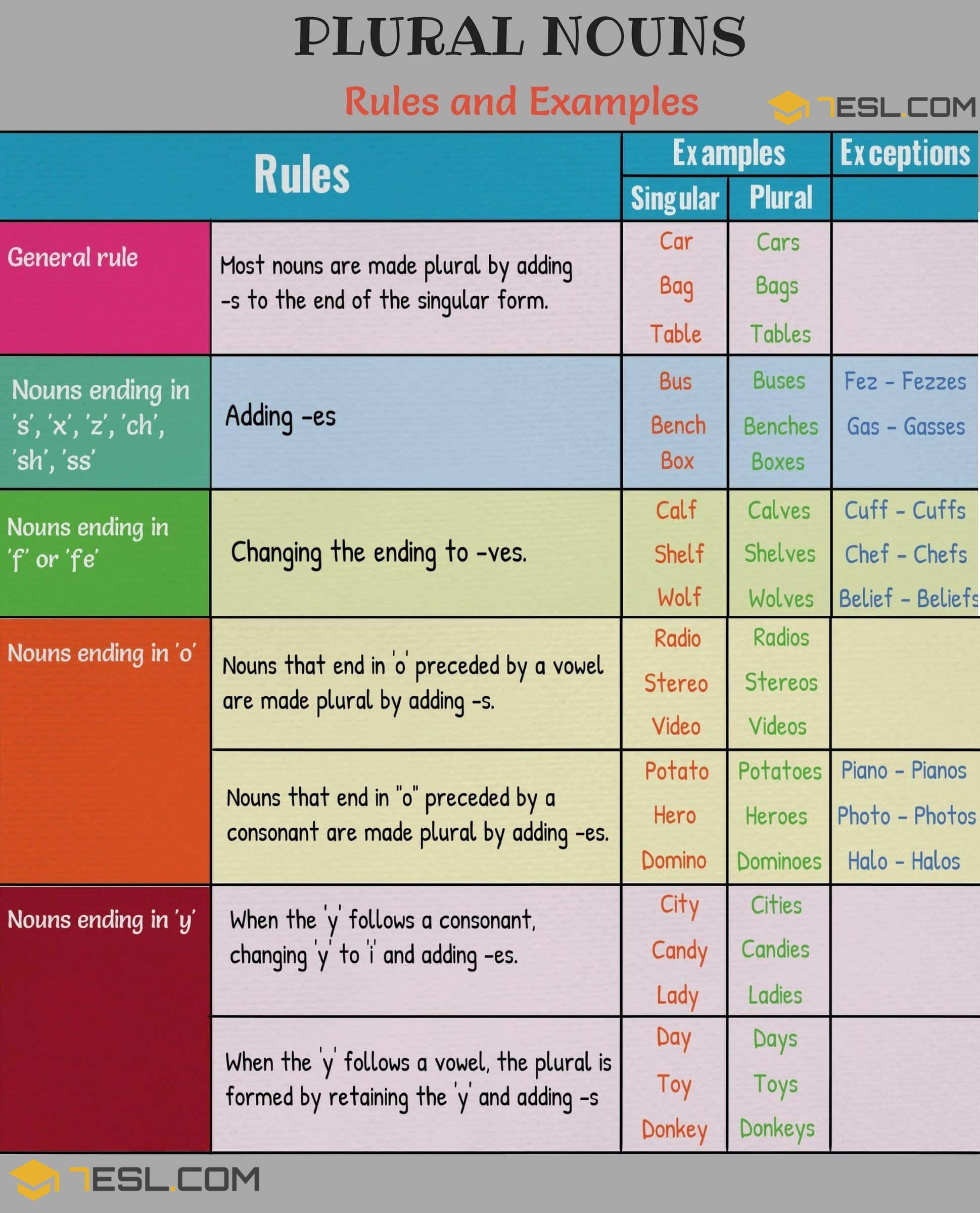 I love your site. the pictures and charts are great in making it easier to understand the rules of grammar.

this is interesting now i understood the rules of grammer

can i see the full page of the singular and plurals

Thank you very much, this is very helpful and easy to understand too.