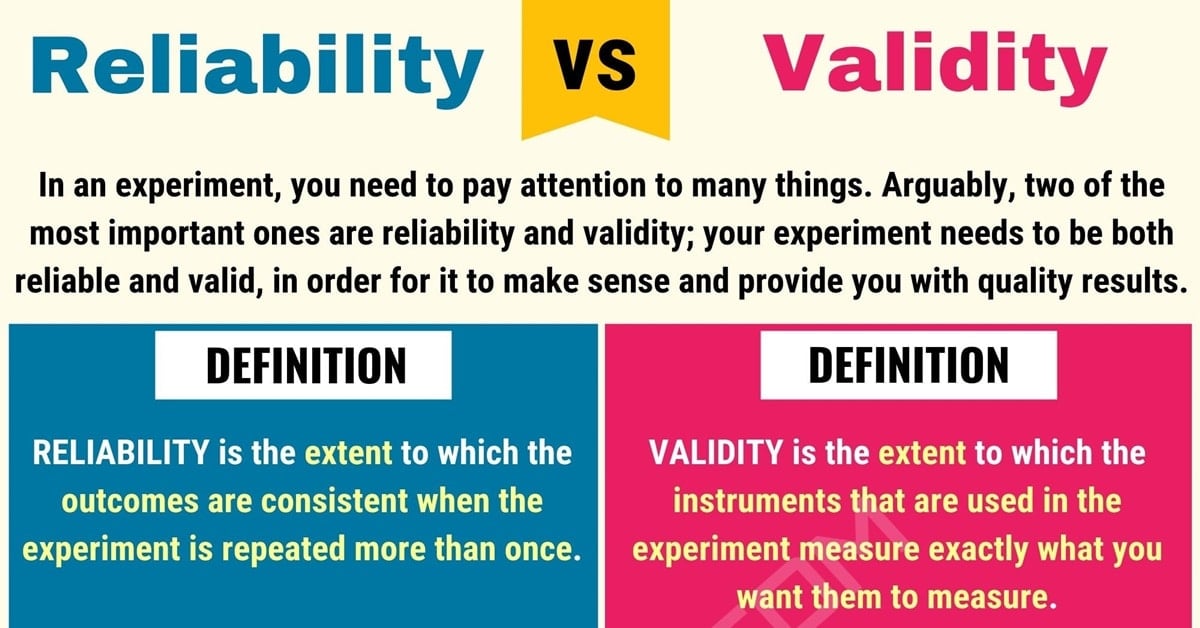 Reliability vs. validity! In an experiment, you need to pay attention to many things. Arguably, two of the most important ones are reliability and validity; your experiment needs to be both reliable and valid, in order for it to make sense and provide you with quality results. However, you shouldn’t assume that these two terms mean the same thing because the fact that an experiment is reliable doesn’t necessarily mean that it’s also valid. And how to do you tell the difference?

VALIDITY is the extent to which the instruments that are used in the experiment measure exactly what you want them to measure. If an experiment is valid, it means that it has no measurement errors. It also means that the experiment is performed with all the variables taken into consideration, that you covered enough of the subject that you’re testing and that your findings agree with the theoretical assumptions.

When to Use Validity vs. Reliability

When it comes to validity, you’re talking about accuracy, i.e. about whether the results that are produced are expected or not. In contrast, reliability has to do with precision, i.e. on how similar are the results when you run the same test over and over again. If the results are always different, they can’t be trusted and, therefore, aren’t reliable.

An experiment that is both valid and reliable is a high school exam. It’s valid because it’s testing the knowledge that the student acquired during the school year, and that’s exactly what it’s designed to do. It’s reliable because, assuming that there’s no way a student can cheat, the exam results will be similar for those students who are passing it in similar conditions, e.g. having been to all the lessons and having studied enough. An example that is reliable but not valid is a broken thermometer. It’s reliable because it does show you the same temperature in the same conditions. However, the temperature isn’t correct because the thermometer is broken: therefore, it isn’t valid.

Difference between Reliability vs. Validity | Picture 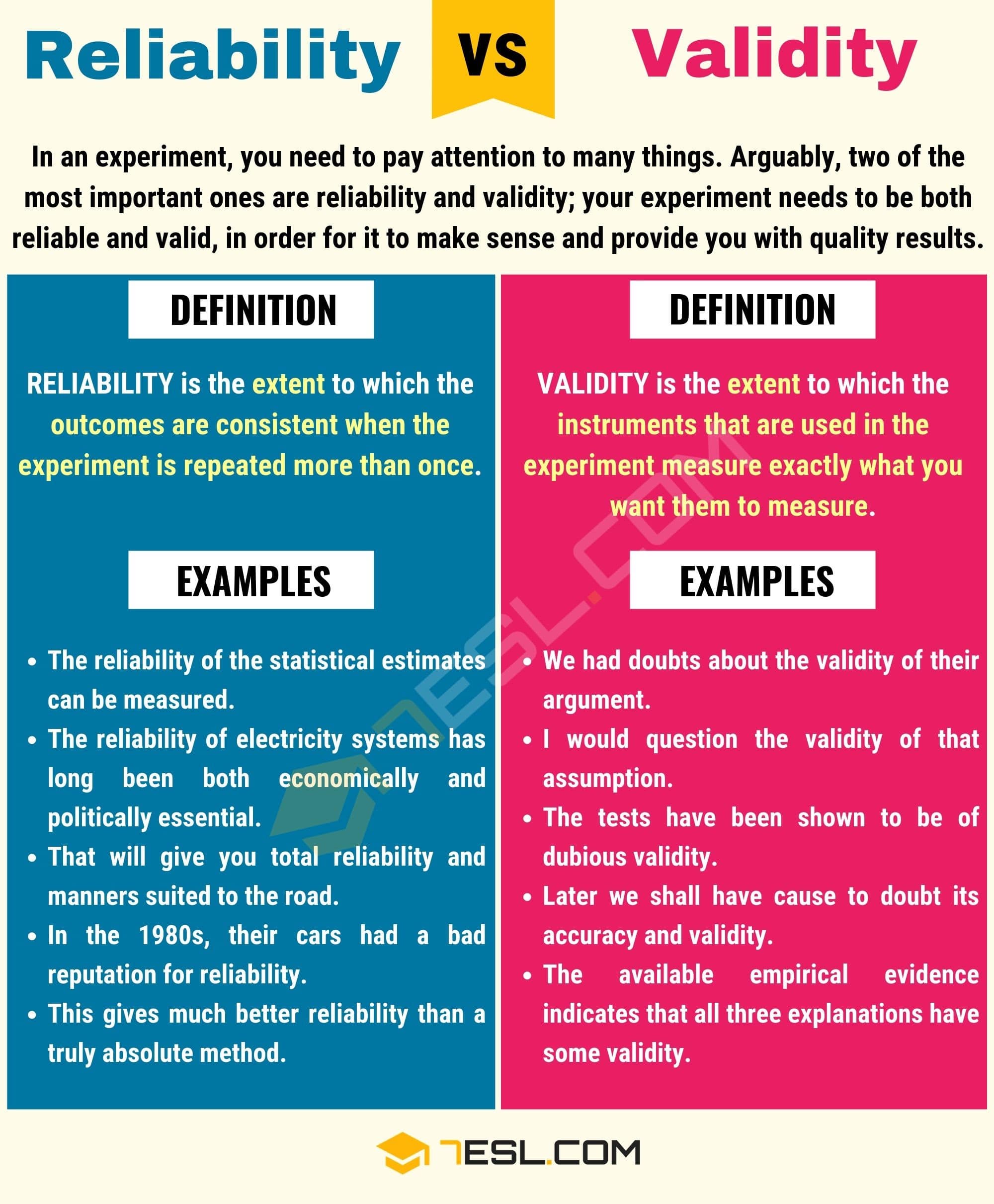 Thank you for this wonderful job,keep it up

I will do my best for the next one! Love your comment