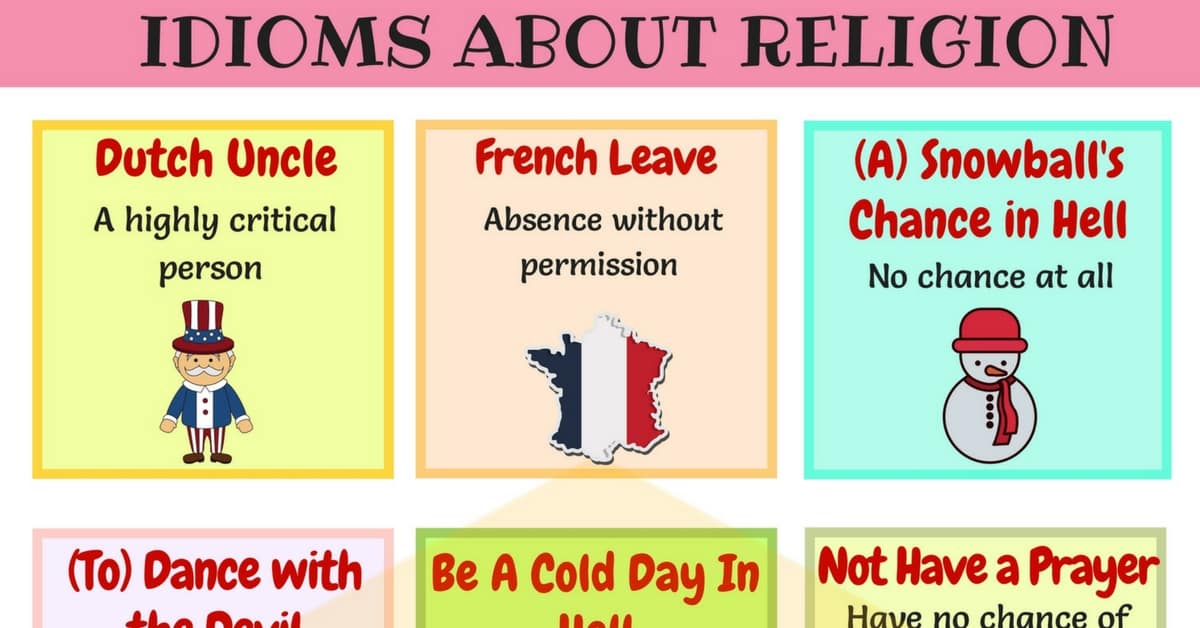 Religion and Ethnicity Idioms in English! Learn useful expressions and idioms about ethnicity, nationality and religion with meaning, ESL picture and example sentences.

Religion and Ethnicity Idioms with Meaning and Examples

It’s All Greek to Me

Welsh (Welch) on a Deal

(A) Snowball’s Chance in Hell

(Going to) Hell in a Handbasket

(The) Devil Is in the Details

(To) Dance with the Devil

All Over Hell’S Half Acre

Be A Cold Day In Hell

Is the Pope Catholic?

Not Have a Prayer 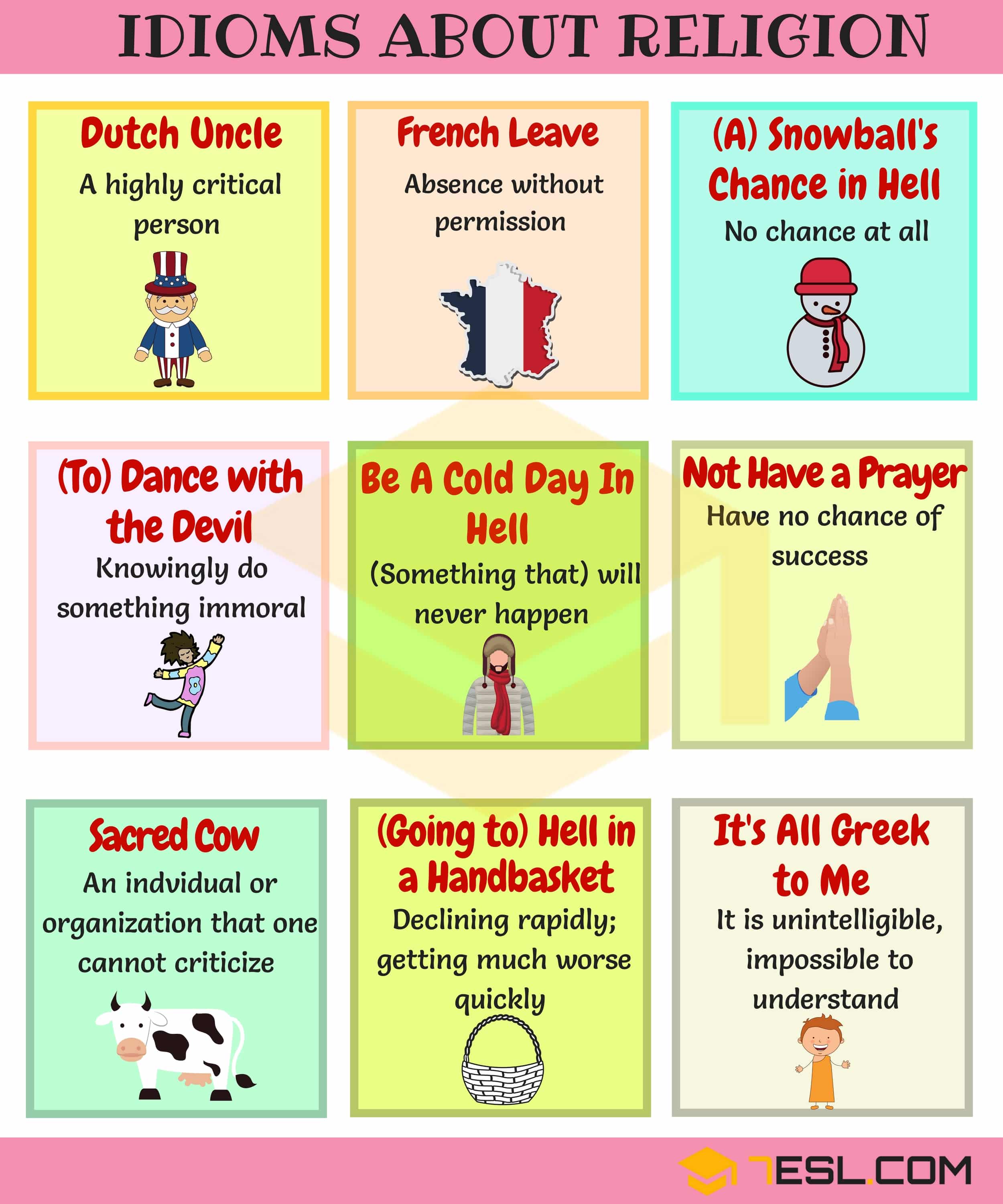