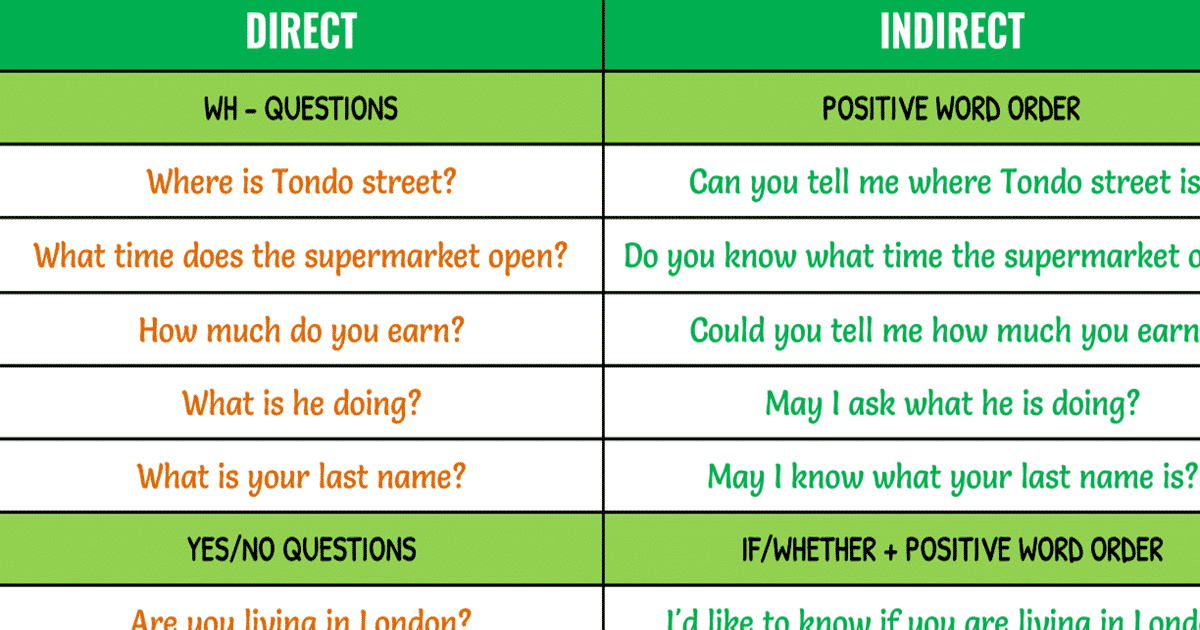 When you are changing a question from direct speech into indirect speech, you follow the same kinds of rules as for statements. The only differences are that you need to use a different word to introduce the reported speech, and the word order of the question becomes like that of a statement. You end the sentence with a full stop, not a question mark.

To report a question, we use verbs such as: inquire, wonder, want to know, ask…

Only ask can take an indirect object.

Direct speech: “Have you got a computer?“

Reported speech: He wanted to know whether I had a computer. 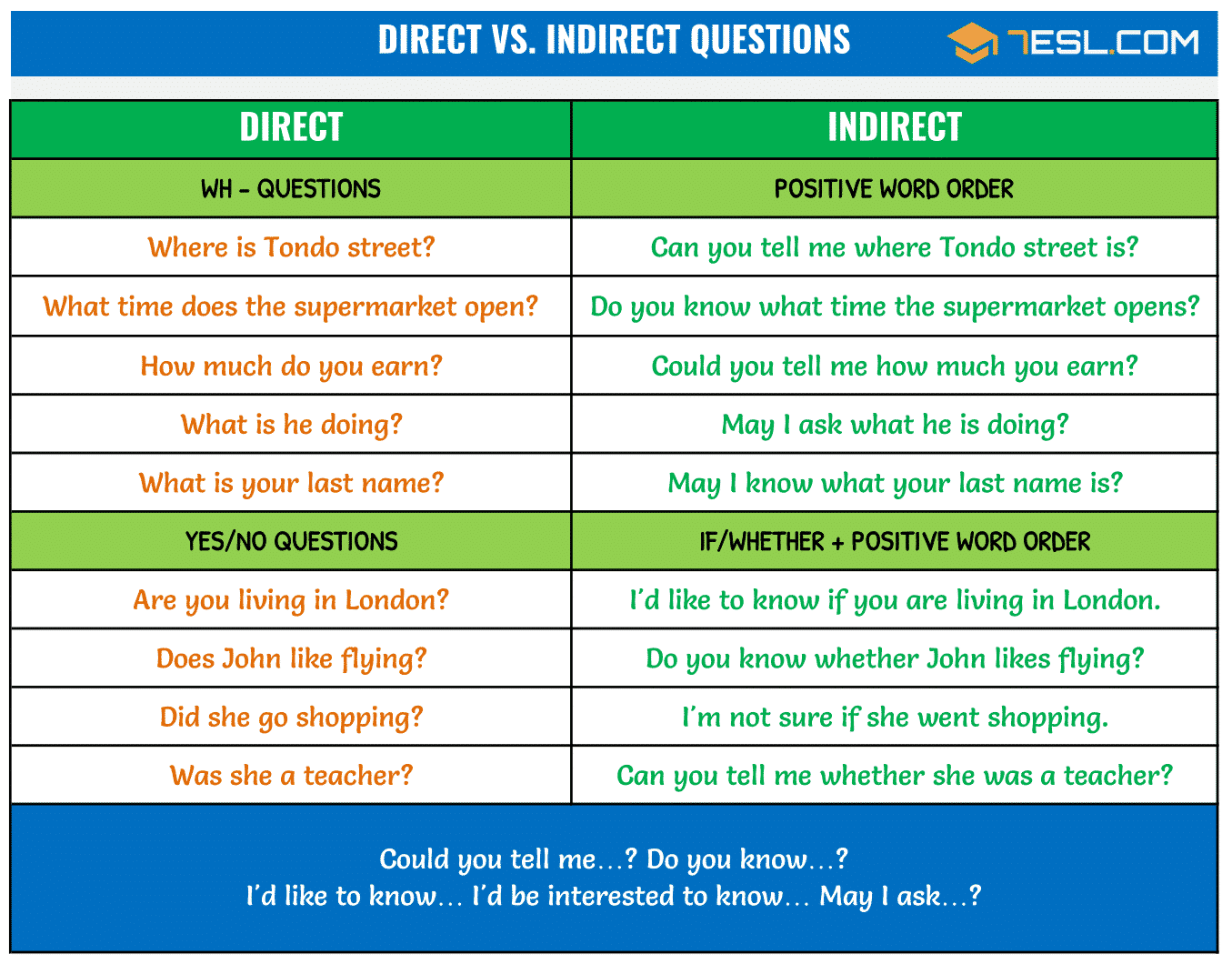 How to Report Wh and Yes/No Questions

Direct speech: “Did you receive my e-mail?“

– You introduce questions where there is a choice in the same way ‑ more usually by using “whether” than by using “if“.

Direct speech: I asked, “Is it John’s phone or Richard’s?”

Reported speech: I asked whether it was John’s phone or Richard’s.

– You introduce questions that begin with who, why, what, how, when, where… by using the word which begins the question in direct speech.

Direct speech: She asked, “Where did he stay?”

Reported speech: She asked me where he had stayed.

Direct speech: She asked, “When will you go back to London?“

Indirect speech: She asked when he would go back to London.

– You often mention the person who is being asked the question, by using a pronoun (him, her, them, etc.) or by mentioning their name.

I asked him if he ate meat.

She asked Michael when he would go back to Japan.

– The tense of the verb changes as it does in reported speech but there is no auxiliary verb and the word order is like an affirmative sentence.

– We don’t use question marks in reporting questions except beginning with Could you tell me…?,