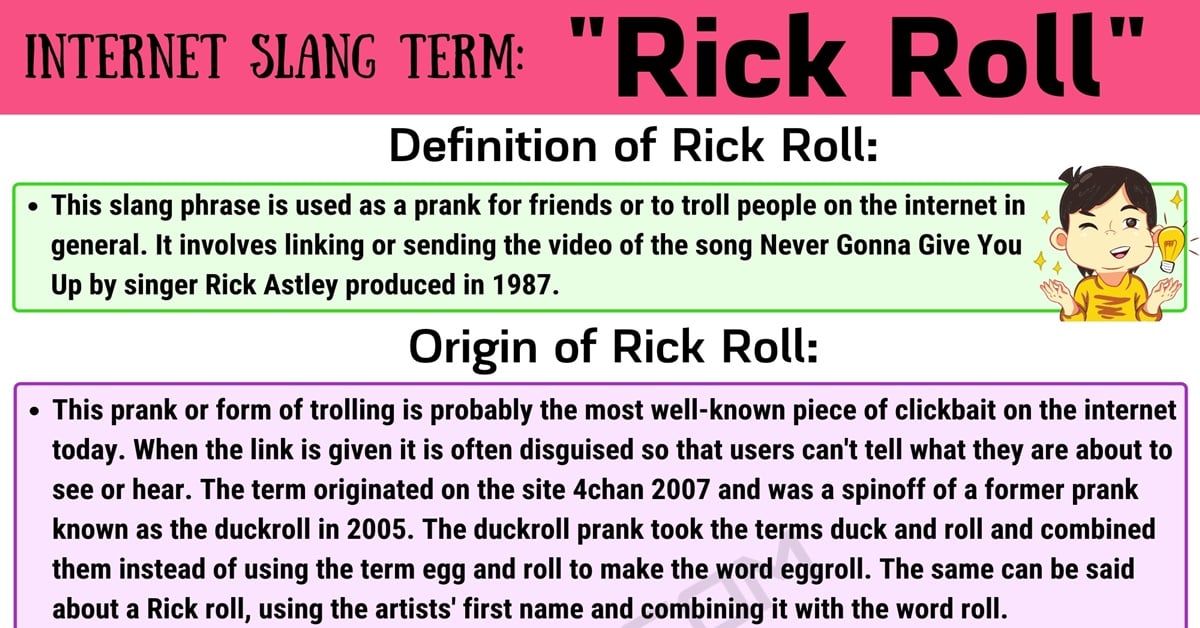 If you like pranking your friends or family members, then you must understand the term “rick roll.” Here you will find the meaning of this slang phrase, the story of its origin, and some other meanings if any others that exist.

You will also see some example conversations used to help illustrate how the term is used in conversation to help you gain an even better understanding of the concept. Lastly, you will discover some alternative words of phrases that you can use in place of the term during a conversation to relay the same thought or message.

What Does Rick Roll Mean?

This slang phrase is used as a prank for friends or to troll people on the internet in general. It involves linking or sending the video of the song Never Gonna Give You Up by singer Rick Astley produced in 1987.

This prank or form of trolling is probably the most well-known piece of clickbait on the internet today. When the link is given it is often disguised so that users can’t tell what they are about to see or hear. The term originated on the site 4chan 2007 and was a spinoff of a former prank known as the duckroll in 2005. The duckroll prank took the terms duck and roll and combined them instead of using the term egg and roll to make the word eggroll. The same can be said about a Rick roll, using the artists’ first name and combining it with the word roll.

There are no other currently known meanings of this term.

There are few alternatives that you can use for this slang term given that it pertains to the first name of one particular singer and is meant to link you to a very specific video. You can, however, use alternative spellings in some cases when discussing the action, which includes: 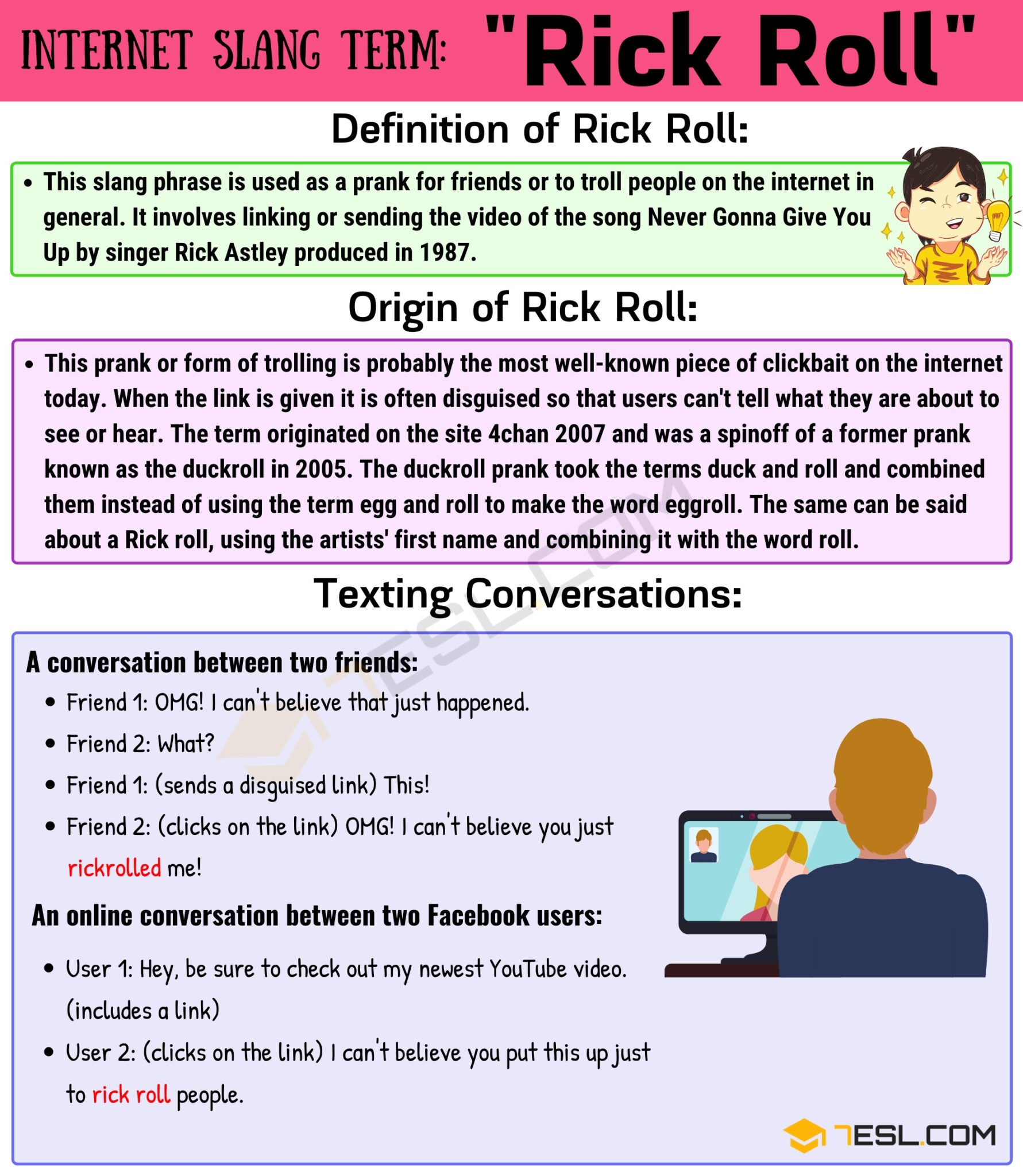 never gonna give you up!