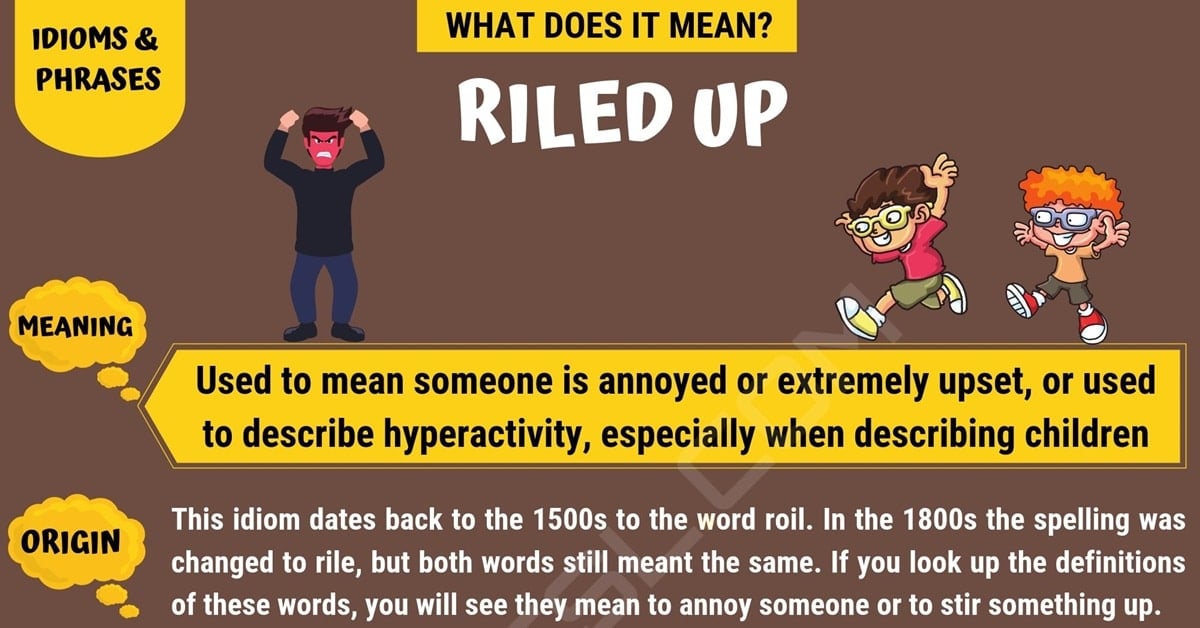 Riled Up! Idioms are figurative language that people use for expression. One of the most popular idioms used during every day conversation is “riled up.” Here you will find the meaning of the phrase, details of its origin and how the phrase is used in real conversation.

“Riled up” can have two different meanings depending on context. The term can be used to mean someone is annoyed or extremely upset, or it can be used to describe hyperactivity, especially when describing children.

This idiom dates back to the 1500s to the word roil. In the 1800s the spelling was changed to rile, but both words still meant the same. If you look up the definitions of these words, you will see they mean to annoy someone or to stir something up.

In news stories you may see a statement like:

Another example of a statement from a sportscaster during a game:

Here is an example conversation using the term between a mother and father.

Here is another example conversation between two friends.

Other Ways to Say “Riled Up”

There are numerous ways to say riled up and express the same meaning. Some of these ways are stop annoying me and stop agitating me. In relation to children and hyperactivity, a similar saying would be don’t get them all excited.

What does “Riled Up” Mean? | Image 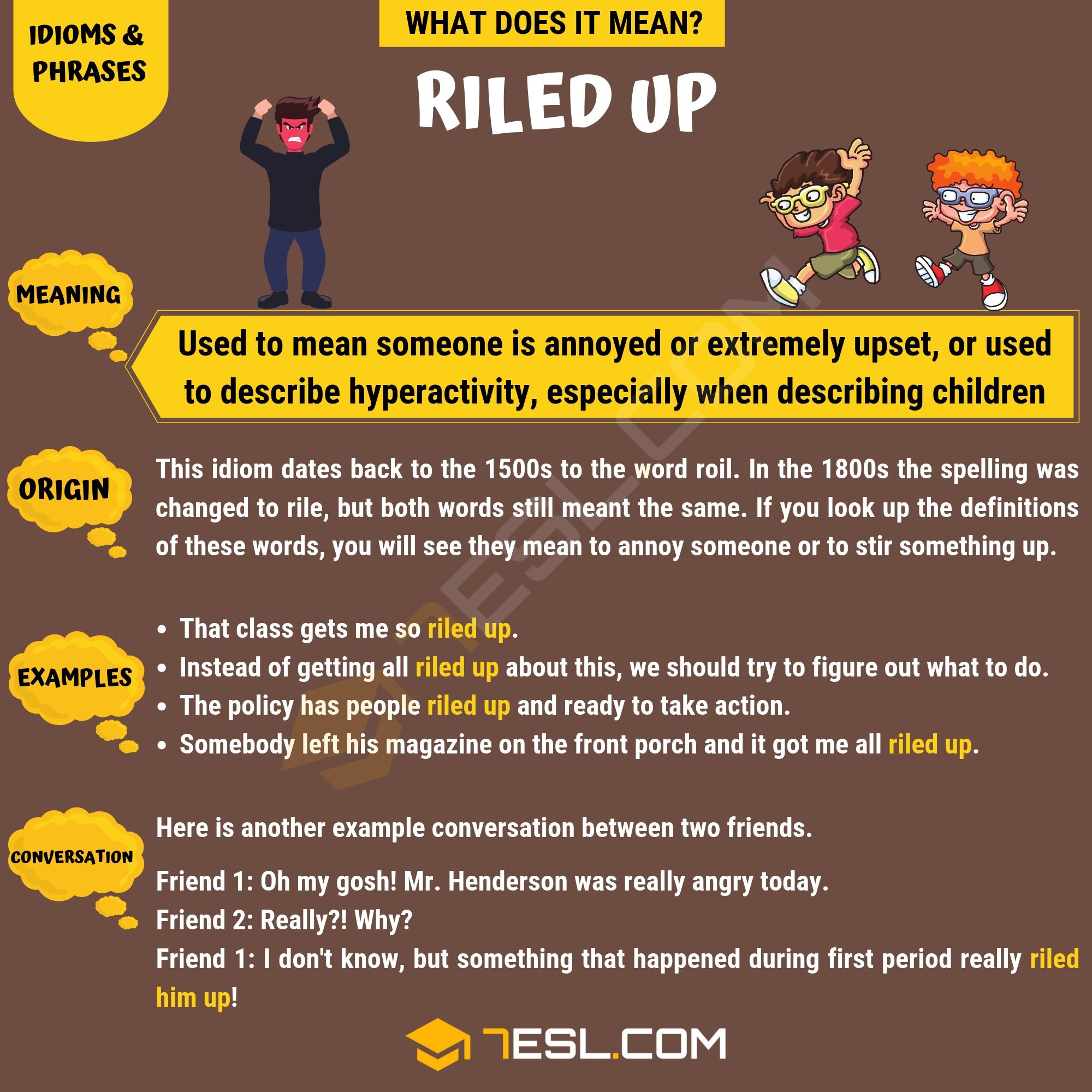 my sister said “you got me all riled up. she is 72 yrs old. so should I call her again?