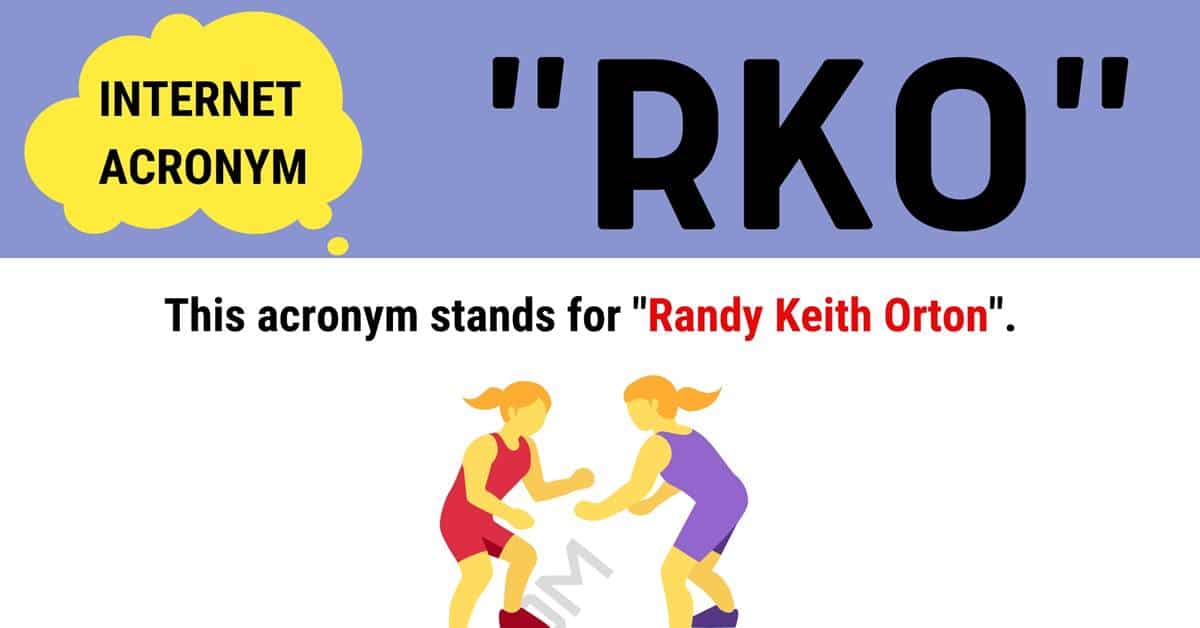 If you are at all a fan of wrestling, then you are already familiar with the acronym “RKO.” However, you are here most likely because you are not a wrestling fan and have come across someone using this acronym and it left you wondering what it meant. Here you will find the answers you are looking for, including what this phrase means, the story of its origin, and some other meanings if there are any. You will also see some example conversations that illustrate the proper usage of this phrase to help you better understand its meaning. Lastly, you will see some synonyms that can be used to replace this acronym and the phrase that it represents if it is at all possible to do so.

What Does RKO Mean?

This acronym is actually the initials of the very well-known WWE wrestler “Randy Keith Orton” and is also the name of his signature finishing wrestling move “Randy’s Knock Out.”

Randy Orton was born on April 1, 1980, and is a third-generation professional wrestler. After graduating from high school, he joined the Marines but was ultimately dishonorably discharge from service for having two unauthorized absences and disobeying the direct order of superior officers. He served time in the military jail at Camp Pendleton. After serving 38 days in the brig, he was released. Soon after, he made his wrestling debut in 2002. He rose up through the ranks from local wrestling organizations to the big leagues of the WWF, now known as the WWE. He had his first match with the most well-known wrestling organization in 2002, and he quickly became a fan favorite.

AS is the case with almost all acronyms, this one is no different in the fact that it can represent other phrases, titles, names, etc. Some other things that this acronym can represent are “Radio Keith Orpheum,” “Radio King Orchestra,” “Relativistic Klystron Oscillator,” “Rural King Ohio,” and “Russell K Osgood.” There are some other representations as well.

An online conversation between two users on a wrestling forum.

Since the acronym is most well-known to be the representation of someone’s official name and their finishing move that is well-known also, it is not possible to use synonyms to represent it. Doing so would change the meaning and no longer refer to the original phrase or acronym. 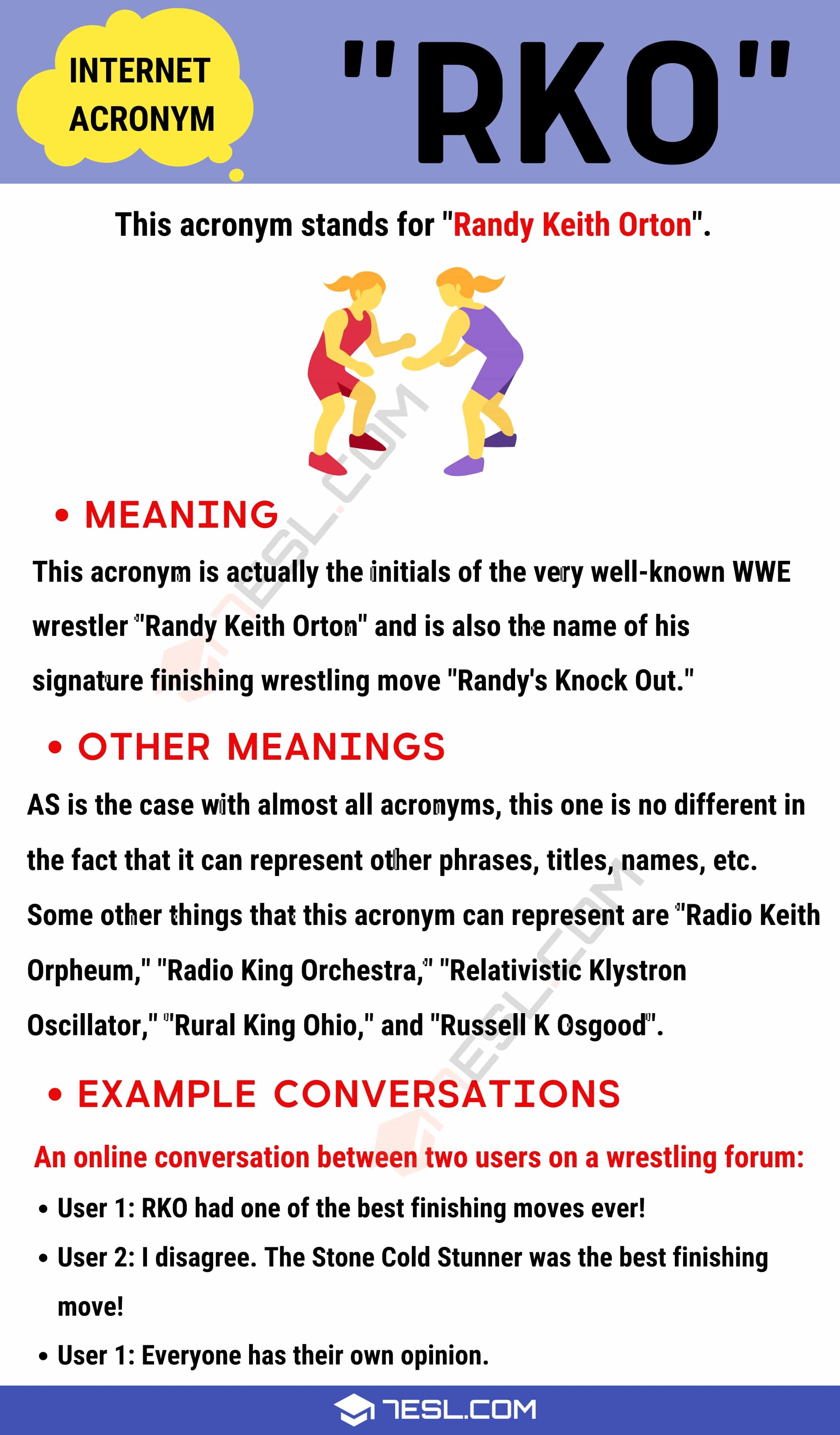