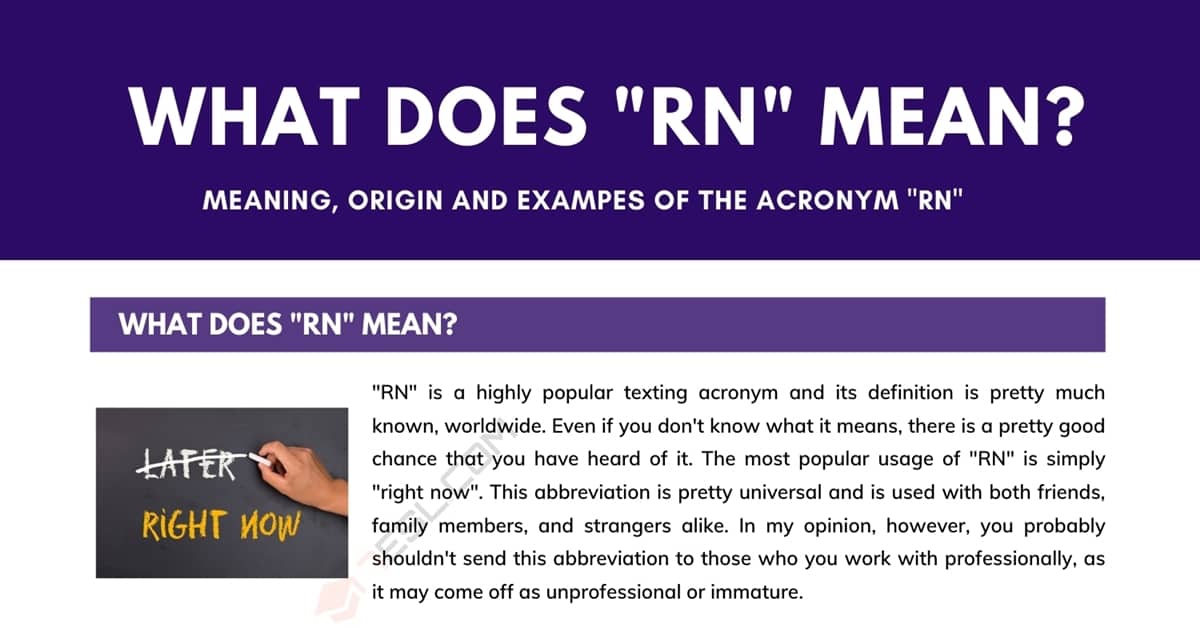 What does RN mean? We live in a world where technology is advancing rapidly and we are being forced to advance with it. People are texting and emailing on their smartphones now more than ever before. To save time and reply to others speedily, many people chose to use acronyms in their daily conversations.

Using acronyms not only allows you to type your thoughts and send them to the other person much faster but it also saves time, since you are not required to type out every single word. One abbreviation that has grown to be quite popular is “RN”. You may have heard or seen this acronym before but, if not, continue reading this article!

What does “RN” Mean?

“RN” is a highly popular texting acronym and its definition is pretty much known, worldwide. Even if you don’t know what it means, there is a pretty good chance that you have heard of it. The most popular usage of “RN” is simply “right now“. This abbreviation is pretty universal and is used with both friends, family members, and strangers alike. In my opinion, however, you probably shouldn’t send this abbreviation to those who you work with professionally, as it may come off as unprofessional or immature.

The earliest documented usage of the acronym “RN” was in the early 1900s. Then, it was used to refer to registered nurses. It was not used with the definition “right now” until recent time. The last decade or so has shown an increasing trend of texting acronyms and the number of acronyms and cryptic speech are increasing every day.

As one could presume, the majority of texting acronyms have varied meanings or definitions. “RN” is one of the few that only has one other well-known alternate meaning. With that being said, “RN”, is the most popular alternate meaning of “RN”.

The majority of people who use the acronym “RN” (and acronyms like it) are between the ages of 10 years old and 34 years old. A recent scientific study showed that age continues to decrease because children are being introduced to electronic devices at such a very early age. Alternatively, when “RN” is used as a medical term (registered nurse) is had been used by people of all ages and backgrounds, especially those who have a career in the medical field.

You should you the term “RN” (in place of the phrase “right now” in a situation where you want to save time when texting. you should only use this version when texting or chatting online. You could also use this abbreviation to refer to a Registered Nurse. It can be spoken or used when texting.

What Can You Use Instead of “RN”?

Alternatives to using the acronym “Rn” include simply saying the phrase that has been shortened (“right now” and Registered Nurse”). Instead of saying “right now” you could also say “now”, or “ASAP” (as soon as possible). 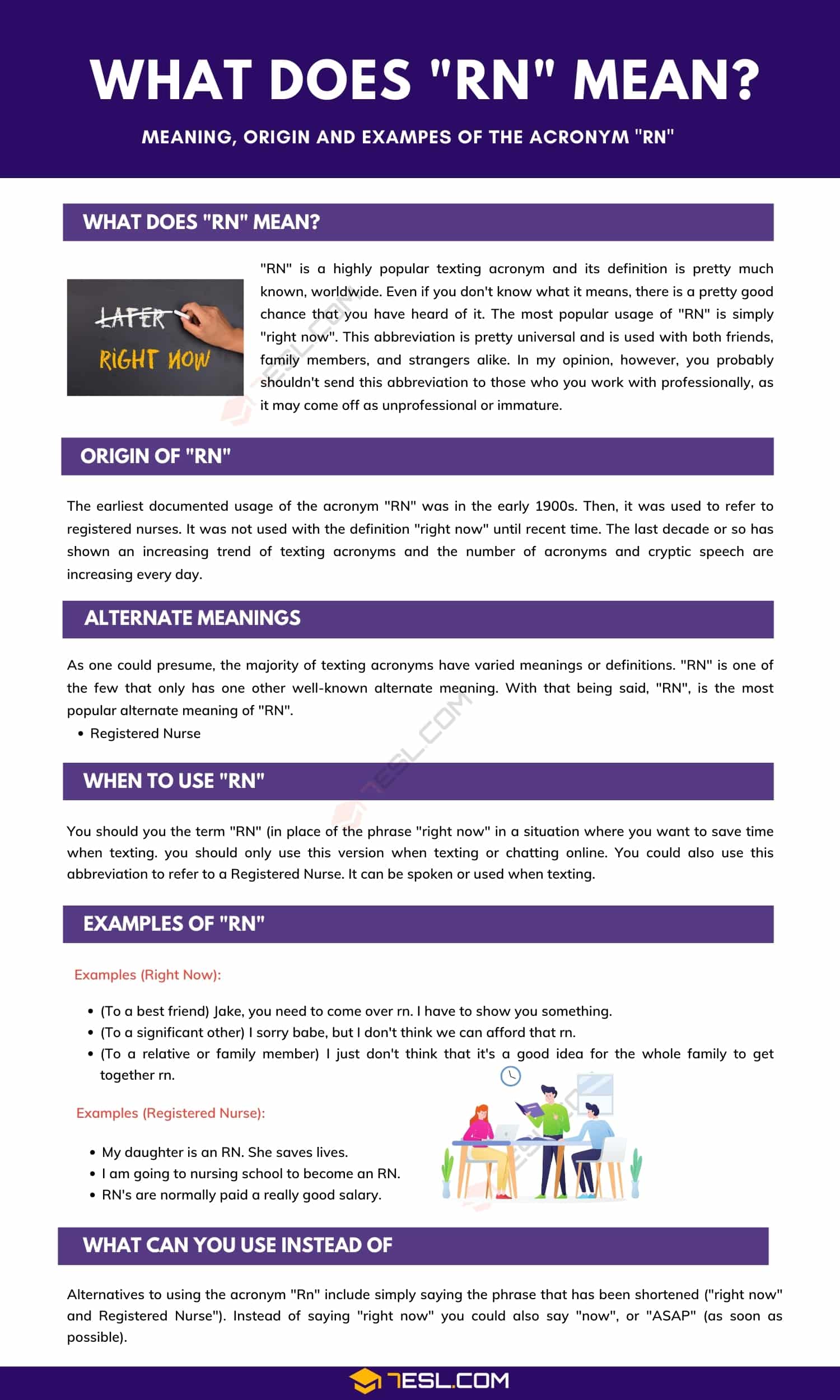