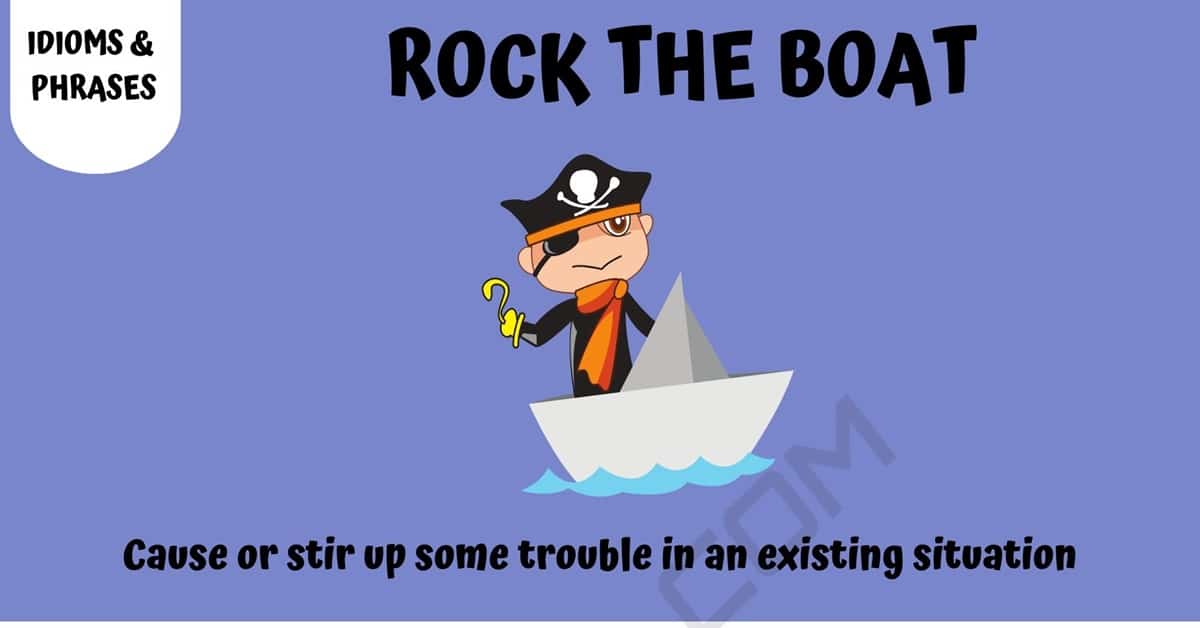 “Rock the boat” is the name of a popular song, but it is also a popular idiomatic phrase used by people all the time. If you were thinking you had to be on a boat in the water to “rock the boat” you would be wrong. In the idiomatic sense, this phrase has nothing to do with being out at sea. Here you will find the meaning of this term, the information about its origin, and some example sentences and conversations to help you gain a more profound understanding of this phrase. Lastly, you will see some alternative words and phrases you can use that are synonymous with this idiom.

The idiom “rock the boat” is a phrase that means cause or stir up some trouble in an existing situation.

The idiomatic phrase “rock the boat” was first recorded being used in 1914 by William Jennings Bryan. Bryan was a lawyer, statesman, and politician who was quoted as saying “The man who rocks the boat ought to be stoned when he gets back on shore.” Bryan was saying that people who cause trouble or drama should be eliminated from a situation. Although this is a bit over-dramatic, people should take it to mean that little attention should be given to people who are known to stir up trouble and drama during a situation just to garner attention.

Alternatives to “Rock The Boat”

What does “Rock The Boat” Mean? | Picture 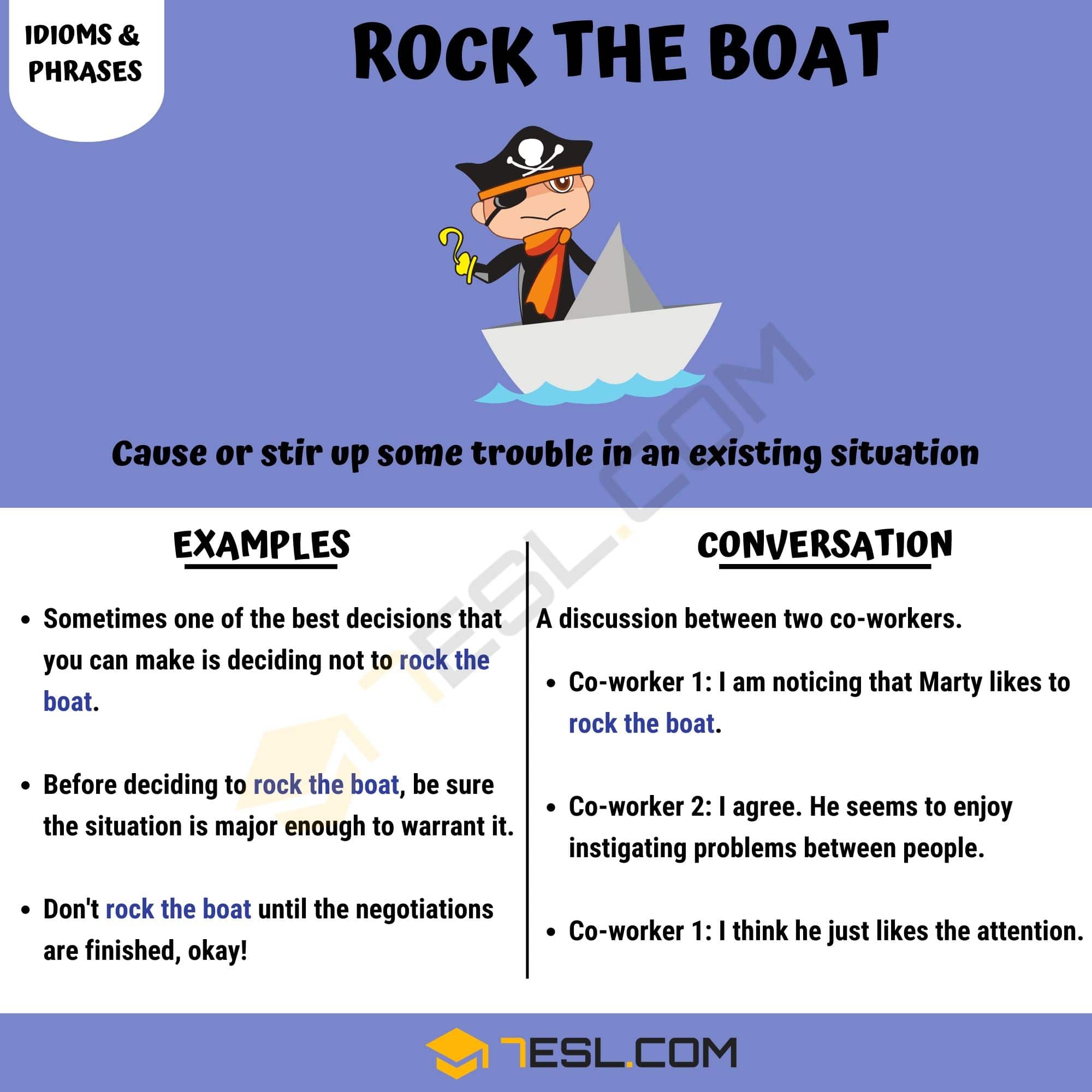