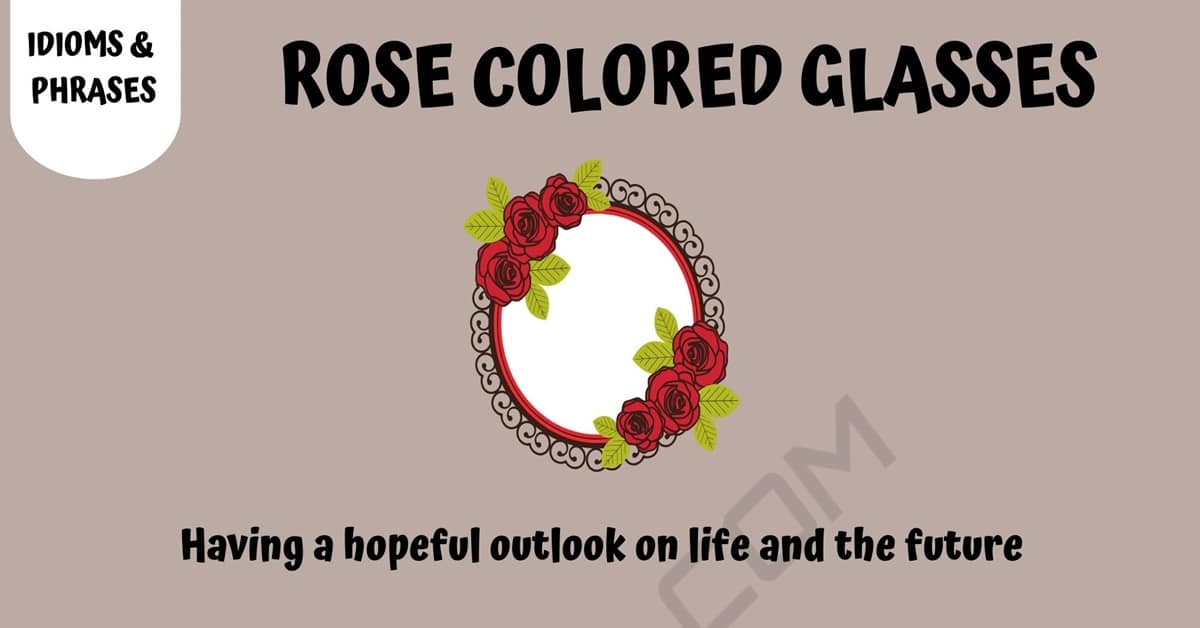 “Rose colored glasses” is a common idiomatic phrase used as a part of everyday conversation and writing. Here you will find the meaning of this idiom and the story of its origin. You will also find examples of how to properly use this phrase in conversations/statements and some suggestions of how you can say this colorful phrase in more literal terminology.

The idiomatic phrase “rose colored glasses” means having a hopeful outlook on life and the future.

The origin of this idiom is not exactly clear. Some believe the phrase was derived through the meaning of roses or rose gardens during the Victorian period. Others believe the phrase was derived from looking through the bottom of a wine glass. Still, others believe it was derived from glasses put on chickens during the 20th century that were used to keep these birds from pulling one another’s feathers off in the chicken coop. Although often disputed, it is believed that the first usage of the phrase occurred in a book written by Thomas Hughes titled Tom Brown at Oxford published in 1861.

A statement made in a newspaper story about a woman who had been through many hard times.

A statement made about a high school football coach who experienced some setbacks with his team.

A conversation between two doctors in a hospital.

A conversation between two teachers in the teacher’s lounge at school.

As is the case with most idiomatic phrases, there are many ways to express the phrase “rose colored glasses” in literal terms.

Some of the things you could stay instead include: 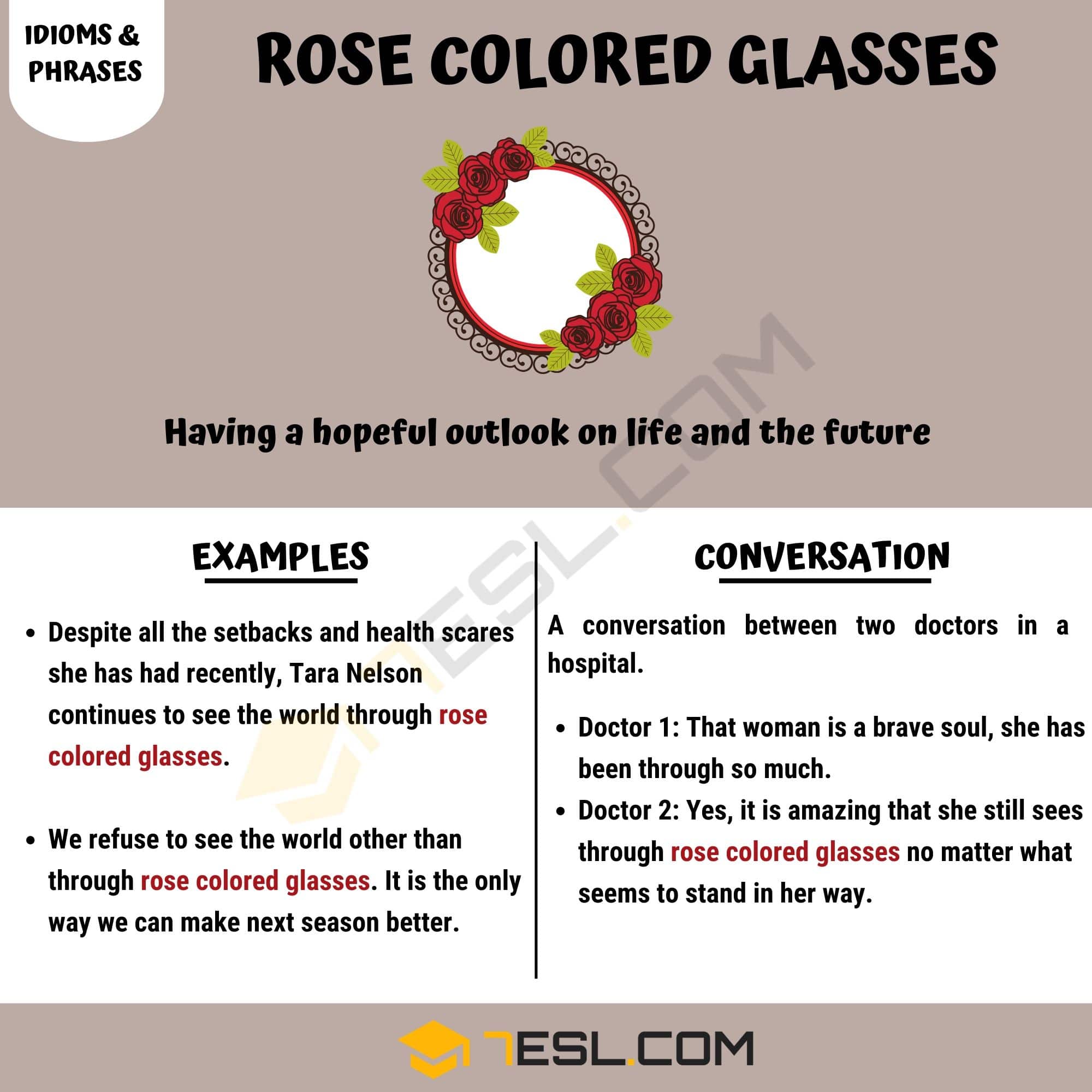