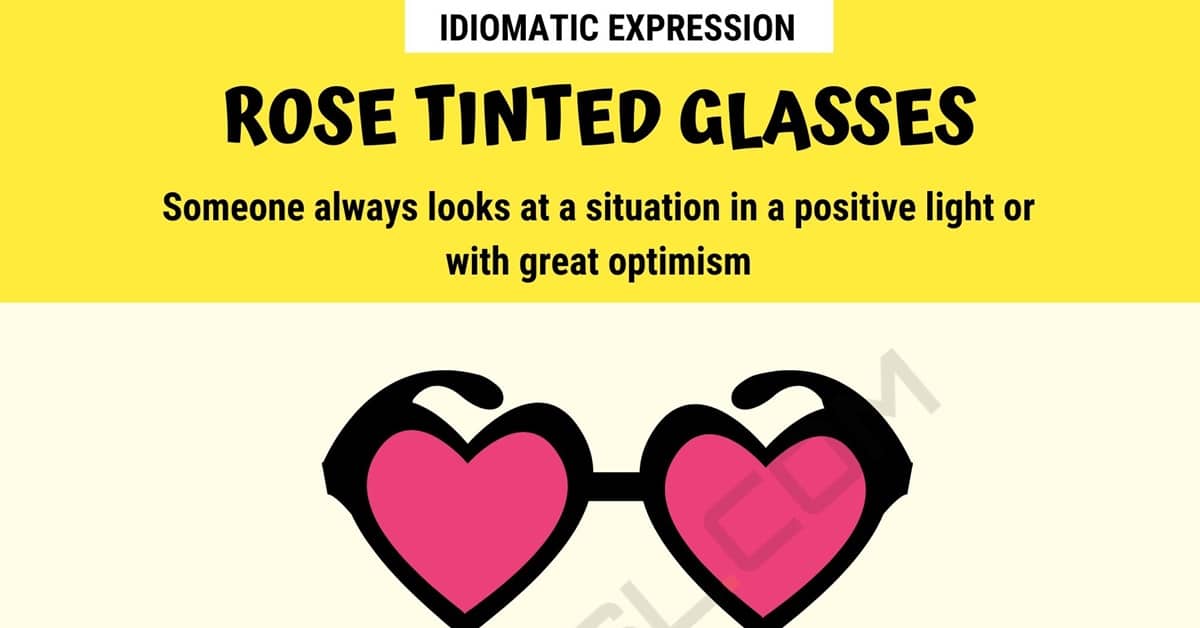 The idiomatic phrase “rose tinted glasses” is a common expression heard and seen often in everyday conversation and writing. Here you will find the meaning of this phrase and the information regarding its origin. You will also find examples of how to properly use this phrase in conversations/statements and alternative ways to make the same expression while conveying the same meaning.

The idiomatic saying “rose tinted glasses” means that someone always looks at a situation in a positive light or with great optimism.

Most likely, this phrase came from the word rosy. Rosy was first used in the later years of the 1700s to describe someone as being cheerful and optimistic. The phrase used this meaning and applied it to a pair of glasses that help people to see better. Thus, a person who sees optimism in a bad situation is looking through a pair of rose tinted glasses that help them to focus on more than just the bad things.

A statement made to the press by a celebrity who recently admitted a drug problem.

A statement made in the local paper during an interview with a citizen who has had several bad experiences recently.

There are many alternative ways to say the phrase “rose tinted glasses.”

Some of these alternative ways include: 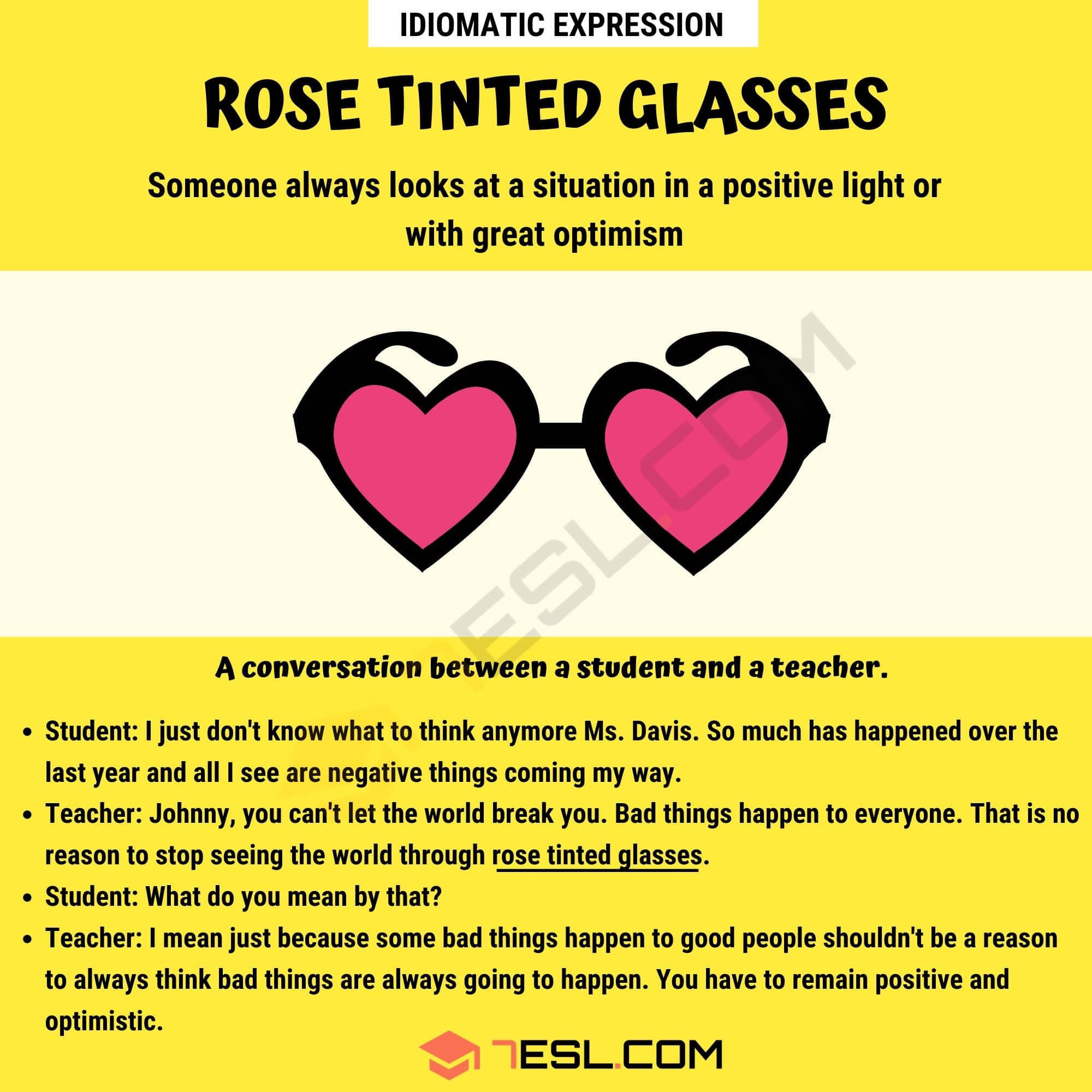